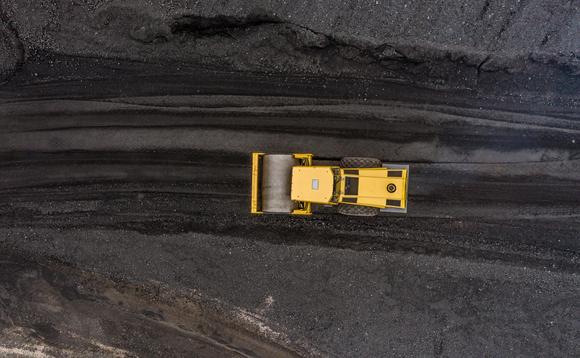 The levels of anger and frustration across the green movement are unprecedented, and with good reason

"An incomprehensible act of self-harm", "the UK's climate credibility on the world stage is in tatters", "like celebrating the opening of a Betamax factory". Those are just a tiny fraction of the furious responses to the government's decision to approve plans for the UK's first new deep coal mine in 30 years. There are plenty more, a fair few of which are not fit to print.

I've been writing about the UK climate policy landscape for 15 years and I genuinely can't recall a reaction like it. Governments of all stripes have copped plenty of criticism from green businesses and climate campaigners over the years, but there is usually some attempt to acknowledge the rationale behind ministerial decisions, to emphasise that however damaging any single flawed decision may be, it needs to be seen in the context of wider efforts to decarbonise the economy and seize the opportunities offered by the net zero transition.

This time there is none of that. There is just cold fury, cut with a sadness deeper than any mine.

This anger is also widely held. It is in no way limited to political opponents and environmental activists whose jobs inherently require a degree of performative hostility towards government ministers. The chief economist at the CBI called the decision "a sad day for our climate leadership". The chair of the National Infrastructure Commission described it as "climate vandalism and economic incompetence on a scale that's hard to believe". The boss of the Aldersgate Group of leading businesses said the move was "deeply disappointing from an industrial strategy, market signal, environmental, and diplomatic perspective".

Perhaps angriest of all was the Climate Change Committee, which pulled no punches in its assessment of a "very bad decision - supporting a technology of the past, with a very poor prospectus for new UK jobs". "This decision undermines UK efforts towards Net Zero," said CCC chief executive Chris Stark. "It is counter to the UK's aims as COP26 President and it sends entirely the wrong signal to other countries about our climate priorities. Sadly, the UK's global influence on climate is greatly diminished by today's decision."

The sheer breadth and ferocity of the criticism will lead some to conclude that the critiques of what is a relatively small mine in the grand scheme of things have tipped over into hyperbole. It can't really be that bad, can it? One decision surely can't demolish the UK's reputation as one of the world's climate leaders?

Perhaps not, but the palpable anger is entirely justified. The government has deliberately jeopardised the UK's net zero goals and done huge damage to the reputation of the Conservative Party, and much more importantly, the UK. And all in the cause of a project that is vanishingly unlikely to deliver on its already modest promises.

A closer equivalent to the coal mine approval is the similarly reckless green light that Ministers granted for the third runway at Heathrow. But while the arguments in favour of airport expansion may be deeply questionable from a climate perspective there was at least a considerable economic case for the government to weigh and a semi-plausible decarbonisation scenario to assess whereby the aviation industry might curb its emissions in the coming years. Ultimately, the world is highly likely to keep flying and as such you can make the argument that more runways are needed. With some heroically optimistic assumptions about technological development, you can then contend that the planes that use these new runways can be made compatible with net zero.

But as many experts have noted, the same is not quite true for a new coking coal mine. Steel producers have made clear there is no pressing need for additional supplies of coal. Moreover, they are rapidly accelerating the roll out of low and zero emission production processes based on renewable power or hydrogen. Approving a new coking coal mine given the current market dynamics and the technology roadmaps of the steel industry is akin to approving a new runway a year after a teleporter has been successfully demonstrated.

There was one avenue available to the government that might make approval of a new coking coal mine defensible. It could have positioned the coal as being entirely in service of the net zero transition, a necessary and unfortunate fuel source that would soon be deployed in conjunction with carbon capture and storage technologies and negative emissions projects to deliver low carbon steel. In fairness, it tried to do this through its planning decision which featured dubious claims that the mine would qualify as net zero and would have a neutral impact on overall greenhouse gas emissions.

But the problem is the government has singularly failed to deliver a credible green steel strategy and has spent the past decade dragging its feet on CCS development. Two CCS hubs are finally being pursued, but they are still a long way from being deployed and their primary focus is on capturing emissions from power and chemicals plants rather than steelworks.

It is this failure that also undermines the 'drug dealers' argument' that we are better off using our own coal rather than dirtier imports. This may contain a grain of truth (although it is contested by the CCC, which has said the mine would lead to a 0.4MtCO2e increase in annual UK emissions), but the whole point is that we shouldn't be choosing between different grades of pollutant, we shouldn't be using any coal at all. We should be getting clean. We should be doing everything we can to transition to proven low carbon alternatives for steel production so as to reduce emissions and avert a future of rolling climate catastrophe. That is why the UK adopted the world's first net zero target and why it has lobbied so hard for other countries to transition away from coal. Given the government has pledged to deliver industrial decarbonisation and a net zero emission economy, the fact it now feels the need to approve a new coal mine can only be interpreted as an admission of crushing failure. After 12 years of 'husky hugging', net zero-adopting, green industrial revolution-promising rhetoric, the Conservative government has failed on its own terms.

Another fig leaf for the decision is provided by the - impossible to declare with a straight face - claim that the project will be the world's first net zero coal mine. This auto-satirical gambit is as absurd as it sounds, but it has also been obliterated at the technical level by the recent flurry of new zero standards and guidelines, including last month's intervention from the UN, which makes clear carbon offsets should only be used to tackle genuinely unavoidable emissions and not to justify increased fossil fuel production. It seems mad this needs saying, but you can't have a net zero coal mine.

Why then has the government committed such an act of environmental vandalism?

The incomplete list of costs that will result from this decision reads: higher carbon emissions at a time when the UK is already not on track to meet its legally binding climate targets; a signal to investors the government is not interested in the transition to a modern green steel industry; an increased global carbon capture and storage requirement; a stranded asset risk for investors; the undermining of the very concept of net zero emissions; and huge damage to the UK's international reputation and moral authority at future climate talks.

It is this last point that is arguably the worst. The UK has rightly been regarded as something of a leader in global climate circles. It has helped many other countries develop their own climate laws and net zero strategies based on the UK's pioneering model. British diplomats have invested countless hours in trying to convince governments with far more severe energy security and development challenges than the UK to eschew coal in favour of clean alternatives. And now this. As Fiji Prime Minister Frank Bainimarama asked this morning: "Is this the future we fought for under the Glasgow Pact? Fossil fuels should be phased OUT - not up."

In the face of this litany, what then are the benefits? The list is short. Given there is no obvious shortage of coking coal that needs rectifying and several UK steel firms have said they are unlikely to use the fuel, the main benefit is provided in the form of around 500 jobs in west Cumbria and exports that could lead to some short to medium term returns for Australian private equity investors. And it is in these jobs and exports that we find the main benefit for the government: the ability to paint the Opposition and other critics of the project as 'anti-growth'. The UK's credibility on the international stage and its economic competitiveness in the industries of the future is being sacrificed on the altar of short-term electoral triangulation in the service of the high priests of culture war polarisation.

The approval of this mine is a tacit admission that the government's attempts to level up the UK have failed. It had so many options available to drive regional development and help those parts of the country that have faced economic hardship after decades of neglect and years of austerity. And in the end all it had to offer was the brief revival of an extractive, polluting, and declining industry. Less the white heat of technology and more the dark smog of nostalgia. Those hoping this project will deliver an economic revival have been sold a false prospectus.

Many of the leading figures in this government are young enough to still be around in 2050 and the deadline for achieving a net zero emission economy. One day they will have to reflect on their efforts to deliver on that goal. They are bound to have ways of rationalising this decision to themselves, but deep down they will know they made this epic challenge harder still. Michael Gove and Rishi Sunak are guilty of the worst climate policy decision of modern times. They deserve all the criticism heading their way.