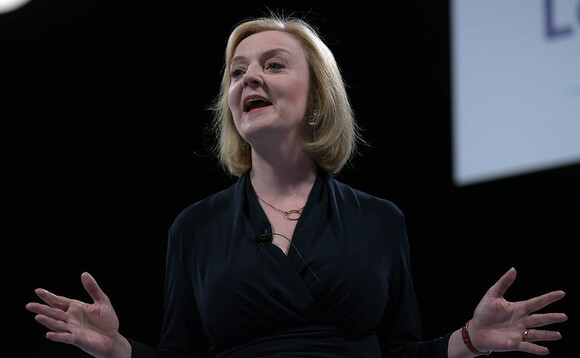 Green businesses are understandably worried about the new government, but there are good reasons to think the net zero transition can continue to accelerate

It is, as they say, the hope that kills you.

There are obviously some good reasons for green businesses to feel despondent right now. The UK is facing the bleakest of economic winters, the new Prime Minister's historic engagement with climate and environmental issues has been negligible at best, and she has just put an avowed climate sceptic in charge of energy and climate policy.

And yet, a more upbeat counter-narrative is available and it is worth considering. The new Cabinet may be one of the most right wing and most inexperienced in modern history, defined by libertarian instincts that would love to turn the UK economy into a giant petri dish for their tax cutting, red tape burning ideas, but it is not inherently anti-climate action - far from it.

Simon Clarke, the new Levelling Up Secretary, led the backbench campaign for the UK to adopt a legally binding net zero target and has been a vocal cheerleader for green infrastructure investment for years. Similarly, Graham Stuart, the new Climate Minister who will also attend Cabinet, has a long track record of lobbying for bolder climate action and will be on hand to put his new boss at the Department for Business, Energy, and Industrial Strategy right the next time he tries to erroneously blame net zero for soaring energy bills.

Perhaps most important of all, Kwasi Kwarteng is now Chancellor and as such is in charge of the department that stymied his plans earlier this year for more investment in energy efficiency programmes and renewables. Kwarteng has been Energy Minister and Business Secretary and is much too smart not to fully understand the critical economic importance of delivering on the net zero transition.

Moreover, if the energy price freeze that is expected to be announced today is as briefed then a Treasury that will shortly be subsidising gas suppliers to the tune of over £100bn suddenly has a huge short term fiscal incentive to do everything in its power to curb demand for gas.

The early indications from Number 10 are that it will seek to accommodate the opposing camps within Cabinet and the Party by pursuing an 'all of the above' energy strategy that incorporates new fracking and fossil fuel development, as well as a general downgrading of climate rhetoric, alongside continued renewables and nuclear development, and perhaps even some long awaited progress on energy efficiency.

Such an approach would undoubtedly undermine progress towards net zero and result in higher emissions, but it need not be disastrous if the investment in clean technologies is sufficiently ambitious. The new investments in fossil fuel infrastructure simply risk becoming stranded assets as they are outcompeted by the surging deployment of renewables, EVs, and other forms of clean technology. Truss' strategy may eventually boost supplies of gas and oil, but it could still, in conjunction with global clean tech trends, help obliterate fossil fuel demand.

This optimistic take is given further credence by the huge public and political pressure on the Truss administration to double down on the net zero transition. The breadth and depth of the consensus on the need for efficiency, renewables, and clean tech to be the top priority response to the energy security crisis is remarkable. It is borne out of the fact that the best course of action is so obvious it should barely need saying. If gas is expensive and imports restricted then it is probably sensible to do the things that can most quickly ensure you are less reliant on gas, which means energy saving, heat pumps, and onshore renewables. There is no need to complicate this.

The public understands this simple reality, just as they understand that climate impacts are serious and intensifying. Hence, the overwhelming and sustained public support for clean technologies and net zero. Sensible political advisors will already be highlighting to the new Prime Minister that the Australian Liberal Party just lost an election after a long stint in office that took in multiple leaders, in large part because they were seen to opposed to climate action. The anti-net zero strategy espoused by the likes of Lord Frost is a sure fire route into opposition - a point scores of Tory MPs in marginal seats will be painfully aware of.

Inevitably, this upbeat assessment could quickly prove itself to be naively optimistic. The new Prime Minister is closer, both ideologically and instinctively, to the anti-net zero Tufton Street libertarian wing of the Party than she is to her green Tory colleagues. The decision this morning to highlight fracking and oil and gas drilling as being at the heart of the government's new energy strategy is a political error that will provoke a massive public row and dent confidence in the clean energy markets that could help improve energy efficiency far quicker than a new dash for gas. Moreover, the scale of the economic and energy crunch facing the UK is easily the worst since the 1970s. And it has been made a lot worse than it needed to be thanks to the economic mismanagement and energy policy mis-steps of a Party that has been in office for 12 years and is now on to the fourth Prime Minister to promise that they can fix the mess left behind by their predecessor. There are scant reasons to think this time really will be much different.

And yet, the macro trends in favour of an acceleration of the net zero transition are more robust than ever. The soaring cost of energy has drastically shortened the payback period for investments in energy efficiency and clean tech. The geopolitical imperative for getting off the fossil fuel hook has been made horrifically obvious. The heat waves and droughts afflicting key food producers have made the climate sceptic 'let's just adapt' crowd look more out of touch than ever.

It is the hope that kills you, but there are reasons to be hopeful.

This article first appeared as part of BusinessGreen's Overnight Briefing email, which is available to all BusinessGreen Members.

All-you-need-to-know on the green policies, tax changes and regulatory plans outlined as part of the government's new Growth Plan