Last week delivered yet another impressive milestone for the world-leading UK offshore wind industry, but for the rest of the green economy it is a reminder of what might have been

Last Thursday was a pretty stellar day for the British wind industry. There was £95m for two massive port upgrades, confirmation GE is to open a major new turbine blade factory on Teesside, and to top it off wind power was meeting over 50 per cent of demand as the day started.

Business Minister Paul Scully may have sparked off another round in the never-ending Brexit wars by suggesting the recovery would be powered by "British Wind", much to the incredulity of online Remainers who were keen to understand the distinction between British and European wind, but in fairness he had a point.

Here are wind farms in British waters, using turbines installed from British ports, and providing power at increasingly competitive cost to British homes and businesses. The wind may not have a nationality and any suggestion of jingoism will always sit uncomfortably with the grand international mission that is the transition to net zero emissions. But the rapid development of the UK offshore wind industry has been a remarkable British success story, even if legitimate questions remain about the absence of British turbine manufacturers and the reliance on imported turbines that will be only partly offset by the welcome new factory investment announced by GE last week.

Here is an industry that in the space of 15 years has gone from intriguing niche to being the backbone of the grid for one of the world's advanced economies. Moreover, there is a now a clear path for driving down costs still further and enhancing output and reliability through the installation of a new generation of leviathan turbines and floating foundations. If German policymakers and Chinese manufacturers gifted the world low cost solar power, the British government and European engineers have done the same for offshore wind.

The better critique of the government's love of 'British wind' is provided by the sense of what might have been. The offshore wind industry, the rapid cost reduction curve it has delivered, the thousands of jobs it has created, the immense export opportunities it is starting to unlock, the billions of pounds of investment and revived coastal towns it has delivered, they have all been made possible by over a decade of relatively stable and ambitious policy frameworks.

While in government all three of the main parties took a strategic decision to mobilise investment in offshore wind and then, crucially, stuck to it. They arguably paid over the odds to make the initial waves of projects happen, but then with those foundations in place Ministers harnessed competitive auctions and active industrial strategy to drive costs down and drive innovation up. There were long term contracts, sector deals, long term targets, R&D grants, close communication with investors and manufacturers, and skills development. It hasn't been perfect, you still hear legitimate grumbles from those in the offshore wind sector who argue the government could be more ambitious still. But compared to almost every other part of the green economy it has been a policy nirvana. And it has worked. The UK really is now a clear leader in an industry that could drive down emissions and energy costs all around the world.

The obvious frustration here is that in a week when the government was apparently preparing to nix the very concept of 'industrial strategy' and Ministers were tying themselves in knots trying to explain how coal plants and cheaper domestic flights are compatible with their net zero ambitions there is scant evidence that anyone has learnt the obvious lessons from the success of the offshore wind industry.

Just imagine where we'd be if onshore renewables, carbon capture, building energy efficiency, sustainable aviation fuels, public transport, and green hydrogen had been afforded the same degree of policy stability and ambition as was granted to the offshore wind sector. At what would have almost certainly been a negligible cost we could have driven down emissions further, catalysed the development of new strategic industries, and maximised the economic benefits that should flow from the net zero transition.

The hope is that as Ministers revel in the potential of 'British wind' they learn the lessons it has for us. 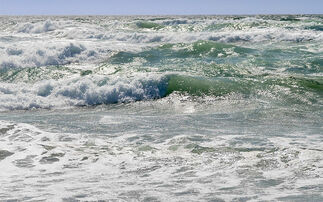 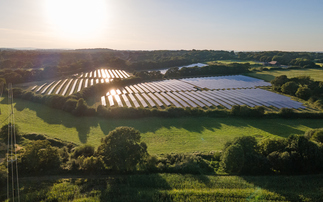 New hub to bring you all the latest news and analysis on the net zero transition, ahead of this autumn's Net Zero Festival