Have you got the climate crisis covered?

The challenge presented by the Covering Climate Now campaign should not be the sole concern of the media, other businesses have a role to play in improving climate coverage too

This week marks the launch of the Covering Climate Now initiative, a global collaboration of more than 220 news outlets designed to strengthen media engagement with the climate crisis ahead of next week's critical UN Summit in New York.

Unsurprisingly, BusinessGreen is one of the organisations signed up to the campaign, along with a host of high profile newspapers, websites, and broadcasters, such as The Guardian, El Pais, BuzzFeed, Bloomberg, CBS, and Al Jazeera. We were obviously keen to take part in a long overdue and wide-ranging effort to get one of the world's most important and influential industries to give due prominence to the story that will shape the 21st century and beyond. But equally signing up to a pledge to deliver a week of climate-related coverage presented a particular challenge when climate-related coverage is what we do every week. The proverbial busman's holiday loomed.

Consequently, this week we'll be presenting a slight spin on the Covering Climate Now mission by discussing how the media reports on the climate crisis and the green economy, and exploring how businesses can better ensure their climate-related stories actually get covered. We kicked off yesterday with a look at how a handful of businesses are taking the radical step of promoting their commitment to the climate cause by encouraging their employees to strike in support of this Friday's global climate strike. Then throughout the week we'll be talking to some top PR and media professionals about how they work to overcome the barriers to climate reporting.

Because those barriers still exist and they are one of the more significant hurdles on the path to a net zero emission global economy. Without clear public information on the scale of the climate threat and the benefits and pitfalls of a low carbon transition, the delivery of deep decarbonisation becomes ever harder to achieve. Good climate reporting is public service journalism at its purest - the fourth estate as an essential component of a functioning and sustainable state.

Thankfully the coverage of the climate crisis has evolved significantly in the 12 years since BusinessGreen launched. Back in 2007 the rationale for a dedicated green business website was clear: business journalism still treated environmental issues as a quirky niche, while mainstream journalism either ignored the green economy completely or adhered to the 'all businesses are inherently evil' narrative. We sought to fill the gap these two extremes created and developed a mission to inform, connect and inspire the burgeoning green economy.

It has been heartening in the extreme to see this gap close in recent years, as the world's leading business titles have ramped up their coverage of renewables, electric vehicles, stranded asset risks, climate impacts and a whole heap more besides, while the Guardian, the Times, the BBC, Channel 4, and many others have dedicated ever more resource and energy to tackling environmental issues.

And yet the premise of Covering Climate Now, the accusation that the global media industry as a whole is failing to properly tell the defining story of the century, remains entirely justified. Polls may show public concern over environmental issues has never been higher, including yet another one yesterday, but too often climate stories are forced down the news agenda to be replaced by shorter term crises or personality driven ephemera. Where it is covered, climate reporting is too frequently laced with problematic framing, be it as a result of newspaper's ideological priors, the unthinking stylistic choices that sees deadly heatwaves illustrated with people playing happily in fountains, or the dumbed down refusal to engage with the complex web of risks and opportunities presented by the net zero transition.

Worse still is the failure to integrate the climate crisis into the myriad other stories it impacts and informs. Newsrooms may be increasingly aware that climate change is happening and that governments are committed to decarbonising, and yet too often every story about new oil finds or airport expansion plans or tax changes or consumer trends makes no mention of how they run counter to both stated green policy goals and the long term habitability of the biosphere.

Again, more and more media brands are starting to navigate this complexity and BusinessGreen's raison d'etre remains its attempt to tackle the information-based market failures that allowed the environmental crisis to accelerate in the first place. But the hugely challenging question of how best to report on the climate emergency persists.

There are plenty of explanations as to why climate coverage remains so flawed. You could highlight the libertarian political leanings of billionaire media moguls and the huge power of incumbent fossil fuel lobbies, and would be right to do so. You could discuss the paucity of science graduates in journalism and the faltering commercial model of a media industry that has ever less resource to allocate to investigating inherently complex issues, and you'd end up with a strong case for the prosecution. You could lament the apathetic and inattentive nature of too many media consumers and the implosion of Reithian values as executives have sought to cater to tribal audiences who rarely venture beyond their own bubbles, and not many people would argue.

However, the failure to raise the climate emergency alarm does not rest solely with the media. The hard truth is that climate change is an almost uniquely challenging topic to report on. Almost everything editors look for in a story is either absent or shrouded in complexity when it comes to climate change. There is no simple or uncontestable narrative. There is rarely a neat division between good guys and bad guys, whatever campaigners try to claim to the contrary. There is massive uncertainty, especially in terms of precisely when impacts will fall or how the future will unfold. There is immense technical complexity and reams of inaccessible data. Moreover, some of the solutions to the crisis can be more than a little, how shall we put this... dull. Anyone who doubts that should be made to read yet another article on energy efficient insulation or carbon pricing policy.

Yes, there is also the huge excitement of a fast-paced technology revolution, the high stakes drama of a disaster movie, massive political intrigue, and inspiring personalities. But that all has to be set against the simple fact that the climate crisis is also a bit of a downer. The clichéd assumption is that bad news sells, but that is not quite true. Bad news that sparks the frisson of voyeurism or schadenfreude sells, bad news that sparks deep existential angst, not so much.

And this is where it is not just the media that has to share the blame for the shortfalls in climate coverage. Because the media, like all cultural producers, can shape an agenda, but it also reflects it. Good journalism is about more than stenography, but equally news is frequently generated by the actions of political and business leaders.

There are many more PR professionals employed currently than there are journalists, and too often this army of trained communicators and marketeers is not instructed to treat climate-related stories as a top priority. Many top businesses are signed up to the deep decarbonisation of modern economies and are committed to delivering on net zero emissions goals, and yet - with a growing band of honourable exceptions - to look at their communications strategies and media profile you would barely know it.

If we are to really 'cover climate now' and ensure the public are properly informed about both the scale of the climate crisis and the huge opportunities for a healthier and more prosperous economy contained in our collective responses, then business and political leaders need to take their share of the responsibility and use their platforms to ensure climate actions get covered. They could start by asking why interesting climate-related stories have struggled to cut through to date, and what they can do to ensure they grab journalists' attention in the future. More than 220 global news outlets are waiting for their call.

This story is part of Covering Climate Now, a global collaboration of more than 220 news outlets to strengthen coverage of the climate story. 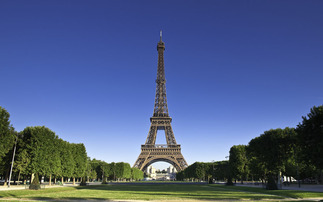