Yesterday thousands of protestors brought large parts of central London to a standstill. They set up impromptu kitchens, delivered speeches, and installed a garden bridge at the fraction of the cost of Boris Johnson's abandoned effort. They were part of the Extinction Rebellion, their stated goal to try and save civilisation and the biosphere that sustains it from extinction. A fortnight of escalating action now awaits.

Last week, the journalist and campaigner George Monbiot appeared on Frankie Boyle's New World Order and through the unlikely medium of a satirical comedy show delivered a stirring call to 'overthrow capitalism' as the only viable means of tackling 'climate breakdown'. The clip promptly went viral, clocking up over one million views in next to no time.

Between these 2 clips, 1m people have watched this argument that ending #climatebreakdown means overthrowing capitalism. Will current affairs programmes now allow us to hear such things? Or will they remain confined to comedy shows?https://t.co/vtOlzNW55Ahttps://t.co/jOltGbdAmD

It is clear that climate action's grip on the cultural and political zeitgeist is not only showing no sign of abating, it is intensifying and heading in new directions. It has already taken in school strikes and Green New Deals, Swedish schoolgirls and superstar politicians, vegan sausage rolls and accelerating Teslas. You could write a whole library of books about the current moment - indeed one of the few silver linings about staring a civilisation-level crisis in the face is that there will be some good literature to read in the lifeboats.

'Everything is connected' may be the unofficial motto of conspiracy theorists everywhere, but climate change is so big and all encompassing that the assessment is justified. One of the standout lines from this weekend's brilliant FT profile of the Extinction Rebellion was the nod to how Trumpism, Brexit, and many of the world's myriad challenge arguably have environmental pressure at their root.

"Zhiwa Woodbury, a public interest attorney and ecopsychologist affiliated with the California Institute of Integral Studies, believes the world's paralysis in the face of climate change can best be explained through the lens of what he terms 'climate trauma' - the overwhelming realisation that the earth's life-support systems are starting to break down," the paper reports. "The natural impulse to resort to denial or distraction as a coping mechanism won't work for long because the human psyche isn't ultimately separate from nature. Thus the knowledge of an ever-present, ever-growing threat to the biosphere is serving as a kind of universal catalyst to bring the unresolved trauma buried in every individual, culture and society to the surface. On this reading, the challenge to the liberal order posed by Brexit and Trump could be symptoms of a more profound unravelling."

This is all big picture, long term, slightly esoteric stuff, but for business leaders there are a few important lessons sparked by the Extinction Rebellion that need to be absorbed straight away.

The first is that much of the analysis offered by Monbiot and his fellow protestors is now quite simply uncontestable. Business as usual is no longer an option. It is a recipe for 4C of warming this century and the soaring risk of runaway climate change. The global economy is either going to experience civilisation-shaping deep decarbonisation or civilisation-threatening climate breakdown - or more likely a bit of both.

Equally, Monbiot is right to highlight how the perverse omerta that continues to define too much media coverage of climate change is ripe to be broken, even if it takes a comedy show to do it. Even before the heart-wrenching tragedy of Notre Dame understandably dominated the evening airwaves, the BBC deemed a promo piece for Game of Thrones as the more important news story of the day. As climate impacts become ever more obvious, the media's confused engagement with climate change will inevitably be forced to change.

BBC News is currently treating the final series of Game of Thrones ("Worth the wait?") as a bigger "news" story than the #ExtinctionRebellion protests... pic.twitter.com/XpBZ4Pcg2q

Third, Extinction Rebellion feels and looks more like a tipping point than a blip. Sure, a lot of people said the same about the Occupy movement, which burned bright before fizzling out. But the number of recruits to the climate cause will keep growing year-on-year. It was notable how many of the protestors interviewed for the FT piece highlighted last summer's heatwave as a radicalising moment. There will be more heatwaves. Plenty more. In addition, for all the radical credentials of the campaign for global climate action it is ultimately pushing with, rather than against, the grain of thinking within many governments and businesses.

Much of the rhetoric around these campaigns, coupled with XR's staggeringly ambitious calls for a zero emission economy to be built by 2025 suggest the latter. But at the same time the proposals for what should replace an overthrown capitalism are often sketchy or contradictory, while many of the specific asks from climate campaigners can undoubtedly be delivered within a progressive capitalist economy.

There are good reasons to think it might be easier to deliver a net zero emission global economy in the coming decades through a reformed capitalism than through the complete demolition of the global economic system and its replacement with something more sustainable. These reasons range from the pragmatic - if emissions have to start falling straight away then there simply isn't enough time to overthrow the dominant economic system and design something anew from the ashes - to the ideological - for all its myriad flaws a market-based system of competition and incentive is arguably the best and fastest means of catalysing innovation and deploying new technology at a global scale.

A vast number of the policy measures we know will work as we pursue a net zero emission economy are essentially an evolution of Northern European-style social democracy and US-style innovation policy. Tighter regulations, priced externalities, government funding, increased community engagement and ownership, fairer taxation, even bans and legal action against polluting activities deemed to be against the national interest, none of this stuff is anathema to a properly regulated market economy. Indeed, the Green New Deal that has so effectively re-invigorated the left's engagement with climate change is named not for the overthrow of capitalism, but the most effective stimulus programme ever delivered within a capitalist economy.

It could be the case that a capitalism overthrown in pursuit of a zero emission economy and a capitalism reformed in pursuit of the same goal could end up looking extremely similar. It should be possible to envisage a 21st century capitalism based on climate action and justice that is as removed from our current pollutocratic models, as today's capitalism is (largely, if not completely) removed from the world of squalor, exploitation, and slavery that defined previous forms of capitalism. A capitalism 2.0verthrown, if you will.

All that being said, it should be equally easy to see how the arguments for a more radical approach are resonating. Green businesses and political leaders have been arguing for sweeping reforms for decades and... emissions keep rising. As the sense of climate emergency grows it is completely understandable that calls for complete system change grow too. Sure, no other economic model has yet worked out how to decarbonise an industrialised economy, but capitalism's endless consumption has turbocharged global emissions and shows few signs of transforming itself either. Perhaps rolling the dice on system change is the logical last gasp way forward.

Is calling for a Green New Deal really more radical than pursuing a hyper-nationalist attempt to build giant walls to protect from climate-induced migration while denying climate change is happening? Is calling for a net zero emission economy within a handful of years any more absurdly ambitious than suggesting society can adapt to runaway climate change?

Whatever the eventual answer, it is clear businesses need to be aware of and engage in this debate, or else watch it happen around them, shaping their markets, regulations, and prospects in the process. Because this discussion is not going away; nor should it. One of the most uplifting aspects of the current zeitgeist is the realisation that finally a critical mass of people and institutions are willing to recognise the true scale of the climate threat and consider genuinely commensurate responses. Not everyone will agree on every aspect of those proposed responses, but that is the playing field on which the game is now being played. That is the bar that has to be cleared. Businesses that cling to carbon-intensive strategies and show no interest in transitioning towards cleaner models at a rapid clip will fall short of that bar and will likely be targeted as a result - first by protestors, then by public pressure, and then by regulators.

In contrast, businesses that believe a reformed market economy offers the best route towards a net zero emission economy need to both make that case and strive to demonstrate its effectiveness every single day, or else expect the calls for a more radical approach to reach a crescendo. If capitalism does end up getting overthrown in pursuit of something, anything, that can offer bolder climate action, then it'll have no one to blame but itself.

This morning, as we reflect on the impermanence and vulnerability of civilisation's greatest monuments and nurture the hopes of restoration and rebuilding, this week protestors provide a timely reminder of what is at stake from climate breakdown. In so doing they also challenge us all to consider how extinction may yet be averted.

Blue Planet: NGO unveils $1.6bn bid to save the oceans 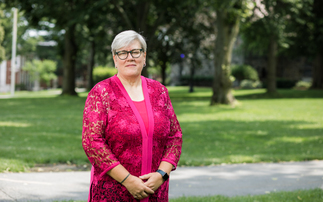 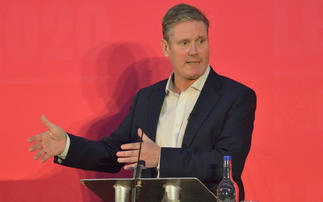