'Ice-plagued': How I came to be called a 'smart arse' by Andrew Neil

The way we use language matters - no matter what Andrew Neil thinks, it is fair to ask if seas that are meant to be covered by ice can really be called 'ice-plagued'

This morning broadcasting legend and former Sunday Times editor Andrew Neil called me a "smart arse". It's fair enough, I was being a smart arse. There are worse things to be.

In my defence my smart arsery was being deployed in pursuit of a serious point. It is a tactic you would think Neil, of all people, would recognise.

What convention dictates we refer to as a Twitter spat begain with Neil's Tweeting earlier this week about the story of the Maersk Line ship that was attempting - with the help of Russia's most powerful nuclear icebreaker - to become the first commercial container ship to traverse the Northern Sea Route up through the Bering Strait between Russia and Alaska. He described how the vessel was navigating the "ice-plagued" seas as it attempted to complete the historic voyage.

I was struck by the poetic use of language and tweeted (with a modest degree of smart arsedness) to note that Arctic seas are surely "ice-plagued" in the same way forests are tree-plagued and Alpine mountains are snow-plagued.

Yesterday, The Independent reported that the Venta Maersk has indeed made it through the Northern Sea Route and is set to dock in St Petersburg within a week. Its voyage was no doubt made easier by that nuclear icebreaker, but it was also aided by the fact Arctic sea ice hit a record low in January this year, ahead of Bering Sea ice reaching its lowest levels in recorded history in March. As has been widely documented temperatures hit 30C in parts of the Arctic Circle this summer.

I tweeted the news and in an act of unforgiveable facetiousness descended to the lowest form of wit.

Well, will you look at that, it seems like the ship will make it through the 'ice-plagued' passage (copyright @afneil)... https://t.co/lfeAuKeGZr

This prompted a response from Neil who doubled down on my lack of manners.

It has made it through. Try to keep up. I never implied it wouldn't. But the route sufficiently ice-plagued for the container ship to be specially reinforced for iced seas and even then it had help from Russia's most powerful nuclear icebreaker. Do your homework. https://t.co/eFFKD12Z7x

The instruction to "do my homework" sparked 1990s essay crisis flashbacks and, as was the case then, prompted me to go full "smart arse" in pursuit of my original point about Neil's description of the northern latitudes:

Thanks for the lesson. I was merely intrigued by the poetic choice of words. Can something be 'ice plagued' when it is supposed to have ice? Isn't it, if anything, meltwater plagued?

My question, which I maintain was not entirely unreasonable, went unanswered, as Neil deployed all his trademark wit to instruct me to stop bothering him.

No, you were trying to be a smart arse. And now, in your fact enlightened embarrassment, you're reduced to driveling. Don't bother me again. https://t.co/SKoqMKAOCt

Now, the more po-faced amongst you will no doubt despair of two grown men - one of them one of the UK's most respected broadcasters - exchanging condescension and playground insults. You'd have a point. But this is not a piece about the complexities of Twitter etiquette and the deadening effect the platform can have on reasoned debate (if you are looking for that piece the columnist Rafael Behr has just written a masterful analysis of the damage Twitter is doing to the political process).

Nor is yet another piece about Neil's well documented climate 'scepticism' and the appropriateness of his being granted a platform by the BBC that helps the chairman of The Spectator magazine amplify his contrarianism and right wing views.

For what it is worth I think the BBC does have an issue with false balance and how it handles climate change (the BBC agrees). I also think that just like Neil's 1980s reporting questioning the link between HIV and Aids, his cherry-picked attacks on climate science and The Spectator's repeated articles arguing we can simply adapt to climate impacts are deeply irresponsible.

As such I have some sympathy for Owen Jones' blistering recent critique of Neil's role at the BBC, even if I think that on balance Neil remains one of the best broadcasters working in the UK.

His biases might be well known, but he is remarkably adept at staying on just the right side of the Beeb's guidelines even while leaving viewers in few doubts as to his personal views. That talent is one of the things that makes him such an effective and feared interviewer, as well as such an enjoyably watchable presence on the nation's screens. I am a fan (I hope he doesn't block me) and, as long as he remains within the BBC's guidelines, he should continue to challenge politicians from across the spectrum for years to come. It would be nice to see him one day quiz Owen Paterson over his views on climate change as vigorously as he once interrogated Ed Davey, but until they invent sufficiently personable automatons the BBC will always have an issue with its presenters' priors. If Neil makes the BBC's political coverage unbalanced I'd prefer to see Paul Mason or James O'Brien given a show (again while operating firmly within the guidelines) than Neil axed.

No, this is a piece about the point I was originally trying to make: how we use language matters. "Ice-plagued"? Really?

This may seem like an arcane linguistic point, because that is precisely what it is. But the Arctic and specifically the Northern Sea Route is meant to have ice. It is not plagued by ice, the ice is its natural state. If anything, in recent years it has been meltwater plagued.

You don't have to be a French philosopher (or an award winning former editor and national broadcaster for that matter) to know that the way we use language is an exercise in power. It is how we frame and see and order the world.

I remember those days back when I genuinely had homework to do, being taught about semiotics, about the confusing world of Derrida and Foucault and structuralism, and not really understanding any of it but still grasping how the words we use establish primacy. That saying "Pierre is French for Peter" by default establishes Peter and English as your standard. We all know this instinctively even if we dismiss any detailed discussion of it as the epitome of smart arse-edness.

The description of the Arctic as "ice-plagued" even as ice cover trends towards record lows asserts the primacy of those companies keen to cut their fuel costs by traversing the once impassable passage over the importance of the region retaining its ice. It asserts this primacy so emphatically and so effectively that it feels worthy of note. It is a brutal dismissal of the natural world and those who fear the rapid changes being forced upon it - and all in just two words.

You could argue it is part of our inherent humanity to assert dominion over the natural world. For those mariners making a dangerous voyage I don't doubt the Arctic seas do feel "plagued" by ice. But I doubt Neil is on one of those ice breakers, and besides there is another human perspective. Because for the rest of us there are credible theories that the melting Arctic Sea ice is shaping the extreme weather that is buffeting the northern hemisphere. The extreme weather that brings with it deadly storms, blistering heat waves, and rising food costs. We are plagued not by ice, but by an absence of ice.

Language matters. And language is of critical importance in the fight against climate change. See, even that sentence is problematic. Is it a "fight"? Does "climate change" simply invite people to argue that the climate has always changed? Should we follow George Monbiot's advice and refer to it as "climate breakdown"? Should our response be led by a "green economy" when the goal has to be to make the entire economy genuinely sustainable? Does anyone really understand what "sustainable" means?

No one has the answers to these questions. They all come down to value judgements and best guesses, while any attempt to establish the most appropriate terms inevitably sparks accusations of "policing language". Intellectually and ideologically this is fragile ice on which to step, but that doesn't make language matter any less.

"Ice-plagued" is so casually loaded with the dismissal of an existential crisis that there is nothing wrong with challenging it. Even if that does make me a "smart arse". 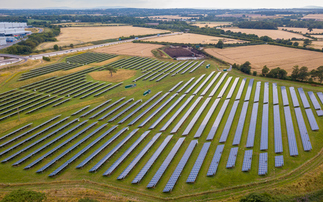 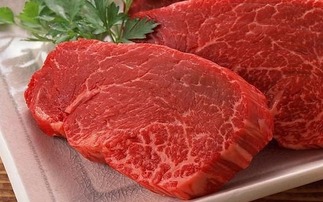 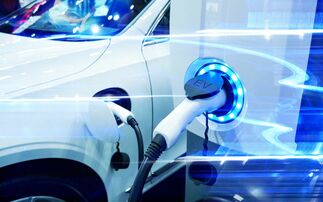