Green watchdog: Is the Treasury trying to make it easier to break the law?

Why would anyone want regulatory enforcement mechanisms to be weakened, unless they expected to break the law?

The Westminster scuttlebutt is it was the Treasury that done it. The reason the new consultation on the post-Brexit environmental watchdog proposed such an underpowered authority - or "toothless mutt", as former Energy and Climate Secretary Chris Huhne called it - is said to reside on Horse Guards Road.

Both the Guardian and The Times reported the arm wrestle between Michael Gove and Treasury mandarins over the reach and authority of the new agency resulted in the Environment Secretary coming off worst. As a result, the proposals in their current form would deny the watchdog the ability to launch proceedings against the government, would result in little more than stern letters as a deterrent, and would fail to cover crucial climate policies. Meanwhile, legitimate questions about the watchdog's resources and budgets remain largely unaddressed.

As think tank Green Alliance rather witheringly observed this is a recipe for a watchdog that results in considerably weaker environmental protection than the UK enjoys as an EU member state. Whither the government's much-trumpeted 'green Brexit' then?

It would be extremely informative if someone with the power to compel the Treasury to answer were to ask if it really is the barrier to a more robust watchdog, and if so what is its rationale for establishing a toothless authority? We requested a comment on the reports it was the Treasury that put the kibosh on more robust proposals and are awaiting a response.

But if the rumours are right and the Treasury really is blocking plans for a stronger watchdog citing fears it would harm the economy it is disappointing, bordering on scandalous, on several fronts.

Firstly, it suggests after more than two decades of the UK growing its economy at a respectable rate while maintaining EU environmental standards and cutting carbon emissions the Treasury is still yet to fully accept that good environmental regulations support businesses and aid the economy.

If Treasury really thinks enforcing environmental laws harms growth it would be worth asking how much higher they think annual GDP performance would have been if the UK had continued to operate with dirty beaches, polluted rivers, and inefficient cars and buildings? One per cent? Two per cent? Three?

Over the past few decades the UK has been transformed from the Dirty Man of Europe to something of an (admittedly still flawed) exemplar of environmental protection and one of the world's premier clean tech hubs. All of this has been achieved as growth has been sustained, quality of life improved, and negligible evidence of economic harm has emerged. And yet still the tired old canard about 'the environment v the economy' clings on in influential circles.

Green businesses and environmental campaigners were starting to think the Clean Growth Strategy, Industrial Strategy, and 25 Year Environment Plan had heralded a long-awaited change in thinking in Whitehall. But the Treasury's reported stance on the green watchdog suggests these Sisyphean battles need fighting yet again. As one observer noted, "it all feels depressingly old school".

Secondly, the Treasury is meant to be one of the few bastions of economic rationality in relation to Brexit, and yet with regard to the environmental watchdog it appears to have fallen foul of the common Brexiter misapprehension that no one in Brussels has access to a computer or a telephone.

Michel Barnier and his team has made it crystal clear there will be no trade deal if the UK seeks to dilute EU environmental standards. There may be some wriggle room for negotiation on precisely how you define environmental regulatory alignment, but if the UK's proposal for an enforcement agency is a toothless entity that can't level fines or launch legal action then Barnier will again be forced to deploy what is fast becoming his catchphrase: 'go away and come back when you've got a serious proposal'.

However, none of this is the most egregious aspect of the Treasury's rumoured opposition to a robust environmental watchdog. No, the worst part of this sorry saga is what it tells us about the Treasury's respect for the rule of law. Because, unless I am missing something, I am finding it hard to think of a non-nefarious reason for wanting a watchdog to be neutered. In much the same way as people who pay their taxes want HMRC to be properly resourced and people who don't speed are unlikely to object to a traffic cop, a government that intends to meet its agreed legal obligations would not have a problem with a decent green watchdog.

Remember, this is not a debate about what post-Brexit environmental regulations should look like. That debate is surely coming once the UK is out of the EU and the Hard Brexiters begin the next phase of their utterly transparent plan to torch the agreement we have made with our neighbours and launch their all-out assault on the environmental rules they have always regarded as anathema. If they can win an election on a platform of dirtier air and corporate welfare for 19th century technologies, then fair play to them. Green businesses won't like it one bit, but at least deregulation would then have some democratic legitimacy.

In contrast, what we are talking about now is the creation of an agency to simply ensure existing and future environmental laws are adhered to. The debate is not about the optimum level of regulation, it is about compliance with the law. Why would you want a watchdog to be confined by the straightjacket of a limited remit unless your intention was to make it easier to break the law?

Stripping the new watchdog of the powers its EU counterparts enjoys would essentially make it easier for UK governments to flout environmental rules that irk them. Governments could get the good press for signing up to rules governing the health of our air, soils, and rivers or the efficiency of our vehicles and buildings, and then simply fail to enact credible policies to comply with those rules, knowing the only repercussion would be a stern letter from a regulator and some negative headlines.

Even with the threat of EU fines, it has taken over half a decade of legal battles to get the government to strengthen its air quality plan. It looks like the UK is going to miss its renewables and recycling targets for 2020, despite the prospect of fines and court cases. Imagine how bad things could get with no such punitive powers.

More important still, as the Treasury must be all too aware, minimising the threat of action against the government will have a real world impact.

The primary purpose of Ministers imposing a legal target on future governments is to send a meaningful investment signal to businesses and investors. The EU's practice of setting standards and targets for emissions reduction, renewables, energy efficiency, resource efficiency, vehicle efficiency, air quality, and much else besides (always in conjunction with the elected European Parliament and member states' governments) has been designed to provide firms with an unequivocal warning more sustainable infrastructure and products have to be developed or their business will suffer. It is an imperfect, blunt approach and it can have unintended consequences, but it has also unleashed billions of Euros of green investment and helped trigger a low carbon industrial revolution across the bloc.

However, some companies continue to bet against environmental targets, investing in high carbon assets that could be left stranded, while gambling that they have the lobbying muscle to ensure rules are ignored or penalties are kept to a minimum. Were the government to introduce a post-Brexit watchdog with fewer powers than are currently enjoyed by the EU then it sends a signal that the government is on the side of these unsustainable businesses, that it will defend polluting business as usual, and will, if necessary, flout its own laws in order to do so.

This is not the behaviour of a government wedded to the high standards, Green Brexit, Michael Gove and Theresa May have championed. It is more the behaviour of a dubious pollutocracy that wants the credit for green policies, but cannot be trusted to deliver on its ambitious environmental plans.

If it is really the government's intention to make it easier for Ministers to break the law then it would be scandalous in the truest sense of the word. The Treasury has questions to answer. 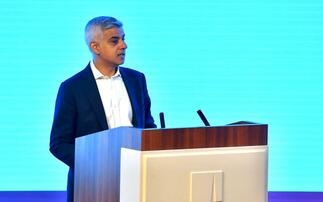 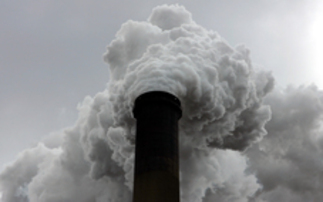 The natural order of things?

There's a lot going on at the moment. Too much, if we're honest. G7 leaders gathering in Germany this week would be forgiven for feeling overwhelmed as they discuss how to respond to war in Europe,