Why are we ignoring the climate risk alarm bells?

Imagine for a second that one of the world's most influential investment firms issued a stark warning that Brexit was accelerating the UK's economy towards a 'cliff edge' that few industries were prepared for and which would result in long term GDP losses of up to 50 per cent.

There would be outcry. The intervention would dominate TV news broadcasts, lead the front pages as papers sought to either trumpet the report's findings or disparage its authors, and prompt urgent questions in the Commons for an increasingly embattled government.

This is, of course, a hypothetical scenario. No one is suggesting GDP will halve as a result of Brexit and the UK's top investors are keeping their powder dry - for now. A point will come soon when we will get to see how the media and political class react to credible and evidence-based warnings from financiers about Brexit's impact that border on the apocalyptic. These warnings will go far beyond the already deeply worrying hazard lights we are currently experiencing on a near-daily basis. Let's reconvene next summer and see where we are at.

Now imagine what would happen if one the world's most influential investment firms issued a stark warning that climate change was accelerating the global economy towards a 'cliff edge' that few industries were prepared for and which would result in a long term global GDP losses of up to 50 per cent.

Except you don't have to imagine. It happened yesterday. You would be forgiven for not noticing.

Schroders, with just the $520bn of assets under management, yesterday published a briefing paper and launched a new Climate Progress Dashboard, which should have led bulletins around the world. In sober, measured language it explained how "climate change is not a future possibility, it is well underway" and detailed how based on current trends within three decades a trajectory for more than 2C of warming this century will likely be locked in. "The challenge is becoming more acute every year," it warned.

It went on to explain how this basic scientific reality had immense implications for the global economy. The current trajectory for 4C of warming this century would knock 10 per cent off long run GDP; the less likely but plausible scenario of 6C of warming would obliterate 50 per cent of long term GDP; and even the best case scenario offered by a 2C pathway would impair GDP by two per cent.

And if that is not bad enough, every scenario, including the one to which we must all aspire where climate risks are managed and dangerous climate change is averted, will have huge implications for investors and businesses as they are forced to adapt to either a climate ravaged ecosystem or a decarbonised economy. The report reckons the impact on cash earnings for global companies ranges from under four per cent to around 20 per cent, regardless of what happens.

As Schroders' Andrew Howard notes in the introduction to the report: "Climate change will be a defining driver of the global economy, society and financial markets over coming years, decades and beyond. Whether the global economy is rebuilt on less carbon intensive foundations or the temperature continues to escalate, investors will be unable to avoid its impacts."

It is important to stress precisely what is being said here and by whom. One of the world's top asset managers - a company with no environmental axe to grind and a vested interest in stability and long term returns - is projecting plausible worst case scenarios that effectively amount to the collapse of the global economy within our lifetimes. Its best case scenarios are far more attractive, but require a fundamental reshaping of the global economy which will also present immense risks and opportunities for investors and businesses.

Moreover, the Climate Progress Dashboard launched alongside the report shows how we are currently closer to the worst case than the best case scenario. The new investor toolkit looks at a host of policy, investment and technology trends across 12 key themes and finds that not one area is delivering action in line with a 2C temperature pathway.

The weaknesses in current coal demand, impressive new political targets, and the rapid roll out of renewables capacity are the main sources for optimism, equating to a trajectory of between 2.2C and 3.1C. But the trajectory implied by oil and gas investment and production currently equates to 5.3C to 7.8C, and Schroders' overall assessment reckons we are on track for 4.1C of warming this century - that is firmly in Mad Max territory.

The language of the report is dry, but its conclusions should be explosive. And yet, it was reported briefly in the FT and the Independent (as well as on BusinessGreen) and seemingly failed to trouble editors elsewhere. The BBC, ITV and Sky were silent on one of the doyens of The City warning of the obliteration of economic growth. Urgent Parliamentary Questions came there none.

There is a bit of a debate raging in environmental circles currently over whether you can ever shock people into action through doom-laden warnings of climate impacts or if all climate-related communications should be seen through the prism of #climateoptimism. As with all such mind-numbingly binary debates the answer lies in the grey ground in the middle. You need both a realistic and grown up assessment of potentially catastrophic risks and a recognition that these risks can still be averted in a way that benefits everyone and builds a healthier, happier, and more prosperous economy. If you are talking to the political and business audience that will ultimately determine the temperature trajectory that will shape this century then it is more important than ever to get the doom-hope dialectic right.

The Schroders report does this well. It notes that the gap between political rhetoric on climate action and tangible policy measures is closing fast, just as the attractiveness of clean technologies becomes more compelling. The 2C trajectory is within reach. But as the report makes clear, this scenario is still a big departure from business-as-usual that will require investors and businesses to transform their understanding of the economy. "Emissions cuts on the scale needed have implications for every corner of economies and markets, not just those most obviously exposed," the report notes.

Should the communication of climate change focus on the risks or the opportunities? The answer is, of course, both. But given the continued media and political underplaying of the biggest challenge we all face and the willingness to ignore warnings that should enjoy full spectrum dominance of the public realm, I'd settle for any sort of serious engagement with climate risks that meant we could stop imagining how we should respond and actually started to respond in a manner commensurate to the challenge.

Climate silence is no longer an option. If Schroders is telling you there is a problem it is time to start listening.

California votes to beef up and extend cap-and-trade scheme 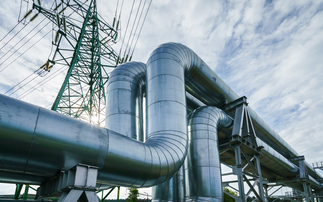 'This is a natural gas market crisis': Why energy markets could be set for three more years of turmoil

The global economy could face many more years of energy market turbulence if governments do not take steps to turbocharge their clean energy and technology investments, the IEA has warned 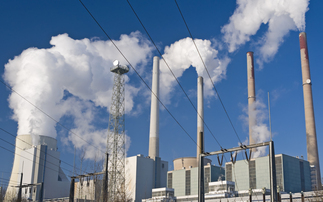 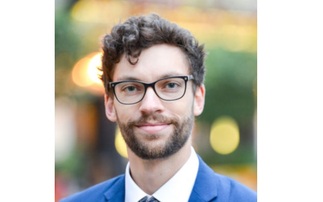