Can Nick Hurd deliver where others have failed and marry climate and industrial policy?

The new BEIS team has the experience and expertise to deliver a revitalised climate strategy, but do they have the authority and the political nerve that is required?

The British system of governance has always relied on the talented generalist - or enthusiastic amateur if you are feeling less kind. Unlike in the US where if you need an Energy Secretary you whistle up a Nobel Prize winning physicist, the UK government has always operated on the assumption Ministers should be able to turn their hand to pretty much any brief.

But, regardless of what Michael Gove thinks (remember him?), when wrestling with complex policy challenges there is something to be said for experience and expertise. Consequently, the appointments of Nick Hurd as Climate Change and Industry Minister and Baroness Lucy Neville-Rolfe as Energy and Intellectual Property Minister, which were confirmed today, are being widely welcomed as extremely good news for the green economy.

Hurd has been engaged with climate change and environmental policy for over a decade, familiarising himself with the complexities of the green economy and consistently advocating for ambitious climate action. He has Ministerial experience at the Department for Communities and International Development, served on the Environment Audit Select Committee and on the House Of Commons Climate Change Bill Committee and the Joint Committee on the Draft Climate Change Bill, and sponsored the Sustainable Communities Act as a Private Members Bill. Outside of Parliament he is a supporter of the Conservative Environment Network and led work on climate change policy for the still influential Conservative Party Quality of Life Policy Group.

As Hurd wrote on Twitter this morning, the "Climate Change brief is a welcome opportunity to reconnect with the issue I chose to focus on when I entered Parliament". You would be hard pressed to find anyone in government with a better understanding of green Conservatism and the latest centre-right thinking on how to tackle climate change.

Similarly, Neville-Rolfe may not boast much direct experience of energy policy, but her CV demonstrates deep understanding of government, modern business, and environmental issues. Having worked as both a senior civil servant, a minister at the Department of Culture, Media and Sport, and an executive director at Tesco, she has the requisite experience to handle one of the most complex and challenging junior minister roles in government. In addition, during her time at Tesco Neville-Rolfe was directly engaged with the supermarket's climate policy efforts, signing the Cancun Communiqué on behalf of the company calling for "an ambitious, robust and equitable global deal on climate change".

It is easy to see why green businesses and NGOs are increasingly optimistic that the new Department of Business, Energy and Industrial Strategy (BEIS) could be good news for the low carbon economy, especially when you consider the Department is being led by another widely-respected figure with a strong track record on environmental issues in the form of Greg Clark.

The potential for properly embedding climate change commitments and responsibilities into the UK's wider business policy landscape and newly-touted industrial strategy is enormous.

To take just one example, Hurd is now responsible for industry and enterprise, including the automotive industry, materials, and advanced manufacturing, as well as climate change and the green economy. It stands to reason he will want to see the automotive industry, the materials sector, and advanced manufacturing become a full part of the green economy. The opportunity to ensure climate policy is properly respected across government - something that was too often denied the Department of Energy and Climate Change (DECC) - is obvious.

As Hurd wrote this morning: "Time for climate change and industrial policy to be brought together more closely. Look forward to working on it."

But in that one Tweet Hurd not only set out his important and admirable ambitions for his new role, he also offered a massive hostage to fortune.

It is long past time climate change and industrial policy were brought closer together, not least because it is only by decarbonising the business, industrial and infrastructure sectors that the UK can deliver on its ambitious climate change targets. But such integration is much easier said than done - as all of Hurd's and Clark's predecessors have discovered. Ed Miliband, Ed Davey, Chris Huhne, Greg Barker, and even Amber Rudd (whose reward for a combination of competence and a more conciliatory approach to negotiations with Number 10 and the Treasury was promotion to the Home Office) all bear the scars of run-ins with other departments. There will be major political battles to be won if Hurd is to deliver on his vision.

The unforgiving reality of climate change, the legal targets of the Climate Change Act, and the diplomatic goals of the Paris Agreement mean bringing climate and industrial policy together requires a complete transformation of industrial policy and practices and a continuation and strengthening of much of the government's climate policy regime. Integration of industrial and climate policy that asks the two fields to meet in the middle would result in a failure to meet the UK's binding climate goals. The two policy regimes need to be brought together, but on climate policy's terms.

It goes without saying that such integration will be fiercely opposed by some senior Conservatives who wish to see industrial policy 'revitalised' through the obliteration of the Climate Change Act and the post-Brexit resurgence of the fossil fuel industry.

There are, of course, mechanisms for finessing the inevitable tension between both climate and industrial policy and the opposing wings of the Conservative Party - mechanisms DECC took advantage of for years. You can argue fracking and new gas infrastructure can act as a bridging fuel while a genuine low carbon energy system is built. You can argue emissions from airport expansion or shipping can be compensated by deeper emissions cuts elsewhere in the economy. And you can argue, with considerably more justification, that heavy industry needs to be protected from the costs of decarbonisation in order to prevent 'carbon leakage'.

However, if Hurd is serious about bringing climate and industrial policy more closely together then the tensions between the two in their current form cannot be left unresolved indefinitely.

Despite considerable and impressive progress by DECC, the UK is a long way from delivering such a strategy. In fact, in the wake of the decision to delay the Hinkley Point contract almost every single component of the UK's energy and climate strategy - nuclear, CCS, onshore wind, solar, offshore wind, gas infrastructure, domestic energy efficiency - is facing some form of delay, uncertainty, roadblock, or spending cut. Hurd and Neville-Rolfe have their work cut out.

Delivering an integrated low carbon industrial strategy will require not just a great deal of political skill, but considerable nerve to challenge the Treasury and Number 10 whenever outdated economic orthodoxy or short term political expediency dictate that climate action is watered down or deferred. Never again should Ministers at the department tasked with delivering the Climate Change Act roll over as the tools required to meet emissions targets are taken from it, as happened last year with the shocking axing of promised CCS funding and the scaling back of energy efficiency efforts.

The various components of Hurd's daunting in-tray, including the promised new Carbon Plan, the upcoming offshore wind and capacity auctions, the determination of clean energy funding for post-2020, the implications for Brexit on State Aid and the energy union, the proposed privatisation of the Green Investment Bank, and the overhaul of energy efficiency policy, provide a unique opportunity to make the dream of integrated climate and industrial policy a reality. The team at BEIS has the experience and expertise to deliver, they now need to demonstrate they have the political nous and backbone required to deliver the low carbon industrial strategy the UK desperately needs. 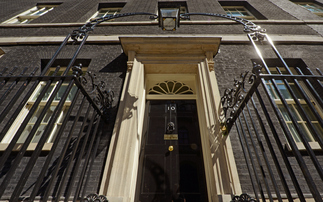 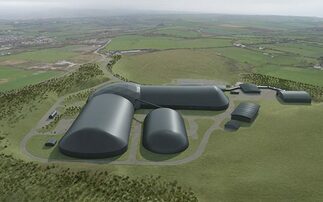