If there are any undecided environmentalists out there, the referendum debate is badly letting them down

What will happen to the green economy in the event of a vote for Brexit? That is the €671bn question. The only honest answer is 'we don't know'. And, yes, yes, I appreciate we don't know what will happen in the event of the UK voting to remain in Europe either. But anyone suggesting the continuation of the imperfect status quo is as laden down with uncertainty as the alternative leap into an ill-defined future as a sort of wind-swept, North Atlantic Singapore is not someone you want on your team in a game of Risk.

Last week, the Institute for European Environmental Policy (IEEP) did as good a job as possible in finding an answer to this crucial question. But the huge array of Rumsfeldian known unknowns and unknown unknowns meant that on both policy detail and big picture trends it is impossible to know what would happen to the UK's green economy and clean tech sector under a Brexit scenario.

We know those parts of the green economy most effectively insulated from policy meddling would likely continue to prosper and the overall long-term outlook would remain as positive as it always has been for an industry that is growing fast globally and is critical to long term economic and environmental stability. But on the specific questions of habitats policy, agricultural subsidies, clean energy ambition, emissions trading, international trade, R&D funding, air and water quality, climate strategy, and a whole lot more, confusion reigns.

We do, however, have a pretty good idea what the bulk of climate sceptics now campaigning vociferously for Brexit want. As Andrew Warren pointed out last week dubious claims are being circulated by the eurosceptic camp that leaving the EU would lead to lower energy bills - a highly contestable claim that suggests the 'Outers' envisage a world where renewable energy targets and climate goals they blame for higher energy prices are scrapped.

Climate sceptics seem to be saying 'vote for Brexit and get lower energy bills', when what they mean is 'vote for Brexit and then it might, perhaps, be easier for us to repeal the Climate Change Act and scrap renewable energy targets, allowing us to unleash a new generation of coal and gas plants that may cut bills in the short term - and might also lead to climate catastrophe, but let's not worry about that right now. And no, I won't tell you who donates to my think tank. How dare you even ask'.

It is also worth noting at this point that this climate sceptic dream scenario would make it much harder to deliver the trade deal with the EU some Brexiters claim our European cousins would be begging to grant us if we decided to leave the club. If the UK were to ditch renewable targets and scrap the Climate Change Act why should those neighbouring countries responsibly investing in tackling collective climate risks accept free trade with a high carbon free loader off its coast? Carbon tariffs would be one of the first items on the agenda of any putative trade deal.

Anyways, as so often happens in any column about the EU referendum, I digress.

The point is the vision of a high carbon, gossamer light touch regulation, Adam Smith tribute economy advocated by some Brexiters does not actually go much of the way towards answering the question of what happens to the green economy in the event of an out vote. Even if the climate sceptics in the Brexit camp are toasting victory come the morning of June 24th, they are not the government (no matter how much they like to pretend otherwise). They won't have the power to enact their vision to rebuild a post-EU UK as a polluter powerhouse, and even if they did their apparent love of democracy would surely require them to test their proposals to tear up environmental protections with the electorate first.

Win an election with the destruction of the UK's climate policies and environmental protections front and centre in the manifesto and then convince a second chamber - which all those Brexit lairy haters of unaccountable elites must surely now accept should be elected - of the wisdom of reversing climate action, and then fair enough. Tearing up environmental rules would still be a recklessly stupid move that would alienate the UK from many of its international partners for a generation, but at least the rebranding of this great country as a North Sea Texas would have a veneer of democratic accountability.

Again, I digress. My point is that in the shorter term it is impossible to know what Brexit really means for environmental legislation and the green investment climate. A leave vote would embolden climate sceptics and likely lead to changes to environmental regulations, but it is not clear how much, nor to what end.

Faced with this uncertainty it is hardly unsurprising green businesses and environmental professionals are almost as monolithic in their support of the In campaign as climate sceptics are siding with their Eurosceptic peers. But if there are any green-minded voters out there who remain undecided on the referendum, then they are being badly let down. Businesses and investors trying to plan for both potential outcomes are similarly being denied the simple answers to simple questions that would both inform the electorate and reduce the risk of massive disruption in the wake of the referendum.

What is urgently needed is a much clearer sense from both the government, which surely has a contingency plan in place, and the Out campaign on what happens in the event of a Brexit victory.

There are myriad questions for government departments, but here are just a few: what happens to the CAP, the habitats directive, the renewable energy target, the circular economy package, the air quality rules, and, yes, the Climate Change Act and its carbon budgets?

'Too complicated', ministers will protest, 'it depends on how detailed Brexit negotiations and trade talks pan out'. Well yes, but what would the government's preferred outcome be? What do Boris, George, Theresa, and Dave want to do if the cards fall this way and they end up in Number 10 tasked with managing the UK's exit from the union? Once freed from the 'shackles' of Brussels' environmental policy do they really want to make the UK a dirtier, smoggier place? Do they want to be remembered as the generation of politicians that left the EU and turned the North of England into a North Dakota oil field with added hotpots?

Unfortunately, it benefits neither side to address this uncertainty. The Outers can't because they can't agree amongst themselves what they want, an end to environmental regulation as we know it or a Zac Goldsmith inspired reinvigoration of green policy, and the In camp knows that in narrow electoral terms uncertainty strengthens their argument that Brexit represents a potentially dangerous leap in the smog.

The net result is this massively important debate is reduced to trite arguments about sovereignty and risk, immigration and freedom, not to mention fantasy climate sceptic predictions about what may one day happen, when and if decades of legislation, international diplomacy, global investment trends, and scientific inquiry are eventually unpicked in their favour. The British public and business community deserve better.

Unravelling the investment opportunities for the circular economy 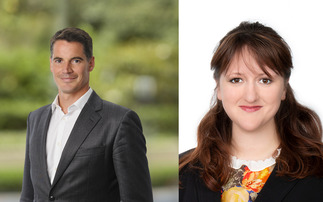 The High Court's landmark decision that the UK's Net Zero Strategy is unlawful has set a precedent that should pave the way for a new wave of 'nuanced' climate change-related litigation, write White & Case LLP lawyers