The government's long-awaited capacity market reform proposals are, on balance, good news. Perennial scare-mongering newspaper stories about blackouts may have been wide of the mark for years now, but supply margins have been getting steadily tighter and the government's deliberate deceleration of quick-to-build renewable energy capacity coupled with its ongoing failure to deliver new nuclear plants means a supply crunch now looks more likely than at any point in the past few decades. If you think certain media outlets and the right wing of the Conservative Party have given the wind and solar sector a rough ride to date imagine the outcry if they were able, however erroneously, to blame renewables for actual blackouts.

Consequently, new capacity is urgently needed and the government is right to take steps to incentivise its development, particularly when it is critical to the successful phase out of the UK's coal fleet. Moreover, the belated promise of new legislation to curtail air pollution from diesel generation plants is similarly welcome. No doubt the ability of diesel plants to exploit the capacity market to secure subsidies for the most polluting form of power at a time when the UK is attempting to decarbonise should have been addressed long ago, but the government deserves credit for finally tackling the problem.

However, if the proposed capacity market reforms are a step in the right direction they are also yet another victim of the confusion and uncertainty that has been unleashed by the government's ongoing failure to deliver a truly coherent clean energy strategy. The government's supposedly cost-effective decarbonisation strategy continues to resemble a game of three dimensional whack-a-mole, with each individual policy action leading to unexpected knock-on impacts at indeterminate points in the future. The capacity market reforms are no exception, once again sparking more questions than they offer answers.

For example, the government admits it does not yet know how much additional capacity it will need, nor how much subsidy it will have to fork out to get said capacity. But that is just the start of the uncertainty. Gas power plant developers have little clarity over how long new projects will be able to operate for and have little idea what carbon prices they will face throughout their operational life. Several analyses of the over-arching Climate Change Act and its carbon budget have suggested fossil fuel power plants without CCS technology will have to see their use sharply curtailed post-2030 to ensure carbon targets are met. But currently the UK has no functioning CCS strategy, nor detailed carbon targets beyond the mid- 2020s apart from the headline commitment to cut emissions 80 per cent by 2050.

In scrapping CCS funding to save itself £1bn the government has almost certainly pushed up the cost of the capacity market, as developers have to factor in the risk of building new plants that could be effectively shuttered post-2030. Moreover, the ongoing lack of clarity over the precise carbon targets for the late 2020s and early 2030s (the fifth carbon budget), the continued uncertainty over how much clean energy subsidy will be available post 2020 (the Levy Control Framework), and the numerous moves to curtail increasingly low cost renewables have all served to undermine the development of capacity that could have been being constructed right now without recourse to the capacity market. The government appears to have saved costs in one part of the clean energy universe by reducing renewables support, simply to impose additional costs elsewhere, in the process replacing genuinely clean energy capacity with new gas plants. The question of whether these reforms will result in net savings in the long term and whether they are even compatible with the UK's climate targets remains the subject of intense debate.

Faced with this considerable medium to long-term confusion and repeated insistence from ministers that new gas capacity is essential, gas power plant developers would be forgiven for declaring that only extremely high subsidies will convince them to get out of bed and break ground at their prospective sites. In echoes of the seemingly never-ending Hinkley Point debacle the government appears to be once again backing itself into a weak negotiating position.

There are some silver linings in the capacity market reform to be found in the promise that interconnection projects, storage arrays, and demand side response services can all compete with gas projects for support. Rapid progress on all of these fronts has the potential to minimise the UK's reliance on yet more fossil fuel infrastructure, but it has been made plain that the capacity market is primarily about incentivising new gas capacity and it is a big ask for nascent clean tech sectors to compete directly for subsidies with such a mature energy technology, even when they promise lower carbon emissions and less long term risk.

This latest round of policy confusion is once again the result of the government getting its energy and climate policy interventions completely, if you'll forgive the technical term, arse about face. Upon winning last year's election ministers first slashed renewable energy subsidies, then announced a coal phase out, then killed off CCS funding, then signed up to an international climate deal, and have now unveiled capacity market reforms. Only later this year will we get the decision on the fifth carbon budget, clarity on the future of the LCF, and a promised decarbonisation strategy for meeting existing carbon targets, all of which will determine whether the steps taken since last May were sensible or not.

Imagine if these policy steps had been taken in reverse. With carbon targets and clean energy budgets for the post-2020 period confirmed first and a new strategy for meeting them developed, capacity market reforms could then have been brought forward that avoided the risk of stranded fossil fuel generation assets and fully exploited the potential offered by smart grid technologies and a properly funded energy efficiency programme. Furthermore, the wisdom of scrapping CCS demonstration projects could have been properly assessed, and renewables could have had their support cut in a way that did not lead to a sharp contraction in project development just at the point at which new clean energy capacity is desperately needed. Long term policy certainty would curb the cost of capital, while public concerns over green levy costs could have been at least partially mollified by the conveniently timed reduction in wholesale gas prices.

In short, we would have ended up with the UK version of Germany's energiewende that even Energy UK is now calling for. Instead we face a scenario where calls for a watering down of carbon targets and an increase in fossil fuel subsidies will only become louder, on the likely spurious grounds that without them we will not get new gas capacity and we could end up with blackouts as early as winter 2017.

The capacity market reforms are welcome, but they are also yet another example of a huge missed opportunity from a government that continues to battle with the kind of co-ordinated policymaking that a national clean energy transition really requires.

Fall out from Nancy Pelosi's visit to Taipei hits international climate talks, Australia's climate bill advances, and all the biggest green business stories from around the world 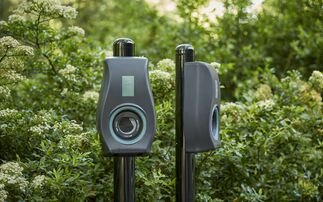