The government's energy and climate change strategy will now be under the microscope like never before - big changes are needed, and fast

I am not quite cynical enough to think there were many Ministers within the British government who were quietly hoping the Paris Summit would fail. There are probably one or two neo con climate sceptics in Cabinet who have signed up to the 'lukewarmer' zeitgeist at the latest Spectator lunch and privately reckon 4C of warming would make their holiday home in Cape Cod even more pleasant. But I imagine the majority took their lead from the Prime Minister and were pleased to see the emergence of a new international agreement that will help unleash a new era of low carbon development.

Energy and Climate Change Secretary Amber Rudd and her team of hugely impressive officials deserve all the plaudits going for their tireless, round-the-clock pursuit of this historic deal. If the honour system is to have any credibility (and that remains an open question) certain people in Paris this past two weeks deserve recognition this New Year.

From the outside the UK might not have been the most visible presence at the talks, but the team played an important role driving the talks on pre-2020 climate action, supporting the High Ambition Coalition (the UK office hosted many of the group's meetings), and representing the EU on several crucial issues. They may not have got everything they wanted - that is the nature of compromise - but they got the ambitious deal they were hoping for, they got reform to the controversial system of differentiation between rich and poor nations, they got more clarity on climate finance commitments, and crucially they got a relatively robust system of five year reviews, which Rudd had been tasked with leading the push for.

That being said, there are now probably a handful of senior ministers and officials who will have recognised failure at the Paris Summit would have made their lives throughout this parliament easier - a lot easier. Because amongst COP21's numerous historic achievements is a feat that many informed commentators thought near impossible: it has succeeded in making the UK government's recent energy and climate policy fiasco look even more short-sighted, counter-productive, and incoherent than it did a few weeks ago.

As pretty much everyone in the energy industry and green economy accepts, UK energy and climate policy is in crisis. A scandalous, democracy-affronting, detail-lite manifesto allowed the government to tear apart a raft of green policies before any credible replacements were in place. A long-awaited policy re-set then delivered more questions than answers, leaving Ministers protesting that they were providing investors with certainty at a time when corporate energy efficiency policies are being reviewed, gas and coal are subject to still yet to clarified market-shaping proposals, and the renewables industry has little clue what is going to happen from one month to the next.

The re-set's vague vision for delivering decarbonisation through gas, nuclear, offshore wind and energy efficiency was then thrown further into disarray by the Treasury's still shocking decision to cut funding for domestic energy efficiency and, worse still, ditch the carbon capture and storage projects that might just have provided the route for the UK to meet its carbon budgets while stepping up investment in new gas infrastructure.

Up until the Spending Review, Ministers could just about argue they were concerned about the (relatively small) short term cost implications of subsidising renewables and energy efficiency measures and felt a new approach based on a coal-to-gas switch backed by large scale nuclear and offshore wind projects would provide a more cost effective means of meeting the UK's energy security needs while still delivering on its carbon targets. The scrapping of CCS funding in order to save just £1bn left that already weak argument on life support, along with the UK's hopes of meeting its medium-term carbon targets.

As has become painfully obvious to those inside and outside of government, Ministers' actions have dented the UK's already slightly battered chances of meeting its fourth and fifth carbon budgets. A fact tacitly acknowledged by Rudd's recent confirmation a new plan will have to be produced next year to demonstrate how the legally binding targets can be met.

Speaking just a few hours after the Paris Agreement was adopted, Rudd offered some rare public comments in defence of the government's record, rejecting criticism from the CBI that the international deal meant the UK had to do more to deliver stable low carbon policies. She argued the CCS funding axe was justified on cost grounds and insisted the government's energy policy reset had delivered the stability the CBI was calling for. She also reiterated once again that the government remained fully committed to the Climate Change Act and would meet its forthcoming carbon budgets in a way that minimised costs for taxpayers and billpayers.

But while the clear commitment to the governments' favoured energy technologies of gas, nuclear and offshore wind offers a direction of travel, it is a real stretch for Rudd to suggest investors now have any sort of clarity.

Towering above all this uncertainty, we don't know how Rudd intends to honour her pledge to comply with the fourth and fifth carbon budgets, which the UK is currently off track to meeting. Without a life line for CCS and with a funding settlement that drastically reduces its room for manoeuvre, the Department of Energy and Climate Change (DECC) now faces a daunting challenge to come up with a credible new plan for mobilising investment in low carbon infrastructure just over a year after obliterating policies that were, despite the need for reform in some areas, mobilising investment in low carbon infrastructure.

There was one thing that would have made this still momentous task slightly less daunting: a weak or failing Paris Agreement.

Failure in Paris would have allowed Chancellor George Osborne to repeat his argument that the UK should not strive to deliver deep emissions cuts that were not being matched by other countries. It would have given him the intellectual cover he needed to reject the recommendations for the fifth carbon budget and rubber stamp a watered down version. "We will still decarbonise the British economy," he could say. "But at a more reasonable pace that does not impose costs on hard working British families and businesses that are not being borne by our competitors." He could sugar the pill with some modest increase in clean tech R&D funding, point to the (by then likely delayed) new nuclear projects as evidence of the UK's commitment to tackling climate change, promise to import the clean technologies we need once costs fall still further, and get back to the serious business of cauterising Lancashire in an attempt to turn it into North Dakota and securing Conservative Party hegemony for a generation.

The ambitious international climate change agreement delivered in Paris with its bold emissions targets and strengthening system of near universally adopted national climate action plans makes it considerably harder for the government to go down this route. The Chancellors' remarkable chutzpah and the weakness of the political opposition he faces both from Labour and the once ascendant green Tories means it is still conceivable the government will attempt to water down the fifth carbon budget, but the task just got a whole lot more difficult. Privately some government officials hope the Paris Agreement will strengthen their hand as they push the Treasury for the retention of ambitious carbon budgets and the funding and policies needed to meet them. The battle over the adoption of the fifth carbon budget is already joined.

The cementing of the EU's 40 per cent emission reduction target for 2030, the carbon commitments from the US, China and many other major economies, the global vision for a low carbon economy and the billions of dollars of green infrastructure funding commitments secured in Paris would make any national attempt to deliberately slow the pace of action on climate change look perverse in the extreme, particularly when giant new clean tech markets are demonstrating that decarbonisation can be delivered at reasonable cost.

Any move to break with the kind of ambitious emission reduction efforts both the science and the Paris Agreement demands would see the UK take the position recently vacated by Canada's Stephen Harper as international climate change villain and greenwasher in chief. To adopt such a position at a time when global green growth is about to see rocket boosters put under it, creating major export opportunities through President Obama's Clean Power Plan and China's low carbon vision, would only harm the UK's economic interests.

Public pressure is also likely to crank up a gear. As will become evident when the government confirms its controversial cuts to solar incentives, green groups have been given a powerful new line of attack. From now on, any policy that runs counter to the ideals of the Paris Summit will see the powerful charge of hypocrisy attached to it.

Ministers are going to have to find a way to undo the damage they have done to the low carbon economy and rebuild the country's reputation as a pioneer in clean tech development and deployment. Anything less and the only available conclusion will be that the government signed the Paris Agreement in bad faith. The UK deserves credit for helping to deliver a truly significant international climate deal, but that credit will be burnt through pretty quickly if Rudd's achievements in Paris fail to trigger an ambitious new approach to decarbonisation back home.

President Obama: 'All of us had to solve it together' 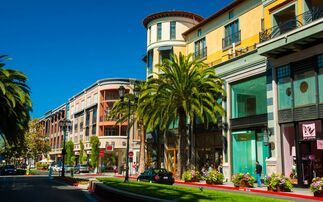