If money means influence, then the €399bn-strong asset management arm of French banking giant BNP Paribas certainly has some clout to be reckoned with. And, according to its new global sustainability strategy, it wants to use that influence to accelerate the transition to a sustainable, low carbon economy, in support of the Paris Agreement and the UN Sustainable Development Goals (SDGs).

Launched yesterday, the strategy aims to put some flesh on the bones of the firm's target to align its portfolios with the Paris Agreement goal of keeping temperature rises 'well below' 2C this century and sets out a roadmap for moving towards a 2C compatible trajectory by 2025.

Essentially, it means one of the largest asset managers in Europe wants every single company it invests in to clearly demonstrate how it intends to work towards the Paris Agreement by 2025.

Why? Simply because, as the firm's CEO Frédéric Janbon explains, it is not only the right thing to do for the planet, it is also in the best interest of the banking giant's clients, and by extension, therefore, its own business. Moreover, he added, a Paris Agreement compatible strategy is a key part of BNPP AM's fiduciary responsibility.

"The Global Sustainability Strategy and related investments in our team and our systems, reflects our increased ambition and outlines a blueprint to mainstream sustainability in all that we do - through our investment processes, but also engagement with our staff, companies, policymakers and wider society," said Janbon. "This is central to our firm's strategy and our ability to deliver sustainable, long-term investment returns for our clients."

It's certainly a welcome ambition, as BNP Paribas AM's focus on sustainability and climate, right from its CEO downwards, is still far from the norm across the asset management world, let alone the wider financial sector. Take the world's largest asset manager BlackRock, for example, which in January found itself the victim of a hoax from environmental activists aiming to draw attention to the firm's failure to deliver bolder action on climate change.

"This is clearly something that the entire industry is in the early stages of figuring out - how do we do that, and what does it mean?" he pondered.

BNP Paribas AM has invested heavily in its sustainability research capability in recent years in a bid to find the answer. Lewis, the former head of research at the influential Carbon Tracker think tank, joined late last year in a newly created role. His appointment followed that of Jane Ambachtsheer, who joined as global head of sustainability last year from consultancy giant Mercer. Both have been members of the Financial Stability Board's Taskforce on Climate-related Financial Disclosures (TCFD), and both were on hand yesterday to explain the strategy in more detail, alongside Janbon.

So how does the strategy fare from a climate perspective? First of all, it is clearly intended as working, living document, expected to shift in line with changing economic and technology trends. More data, explicit targets, indicators, and performance metrics are set to be added over the coming years.

But it nevertheless contains a number of important investment principles, priorities, and ideas, which together deliver an indication of how an influential financial player sees the economy evolving over the next decade, and how it is hopes to both accelerate and prepare for that transition.

An obvious place to start is coal, as BNPP AM only last week announced an enhanced set of policies that will see it exclude companies from its portfolios if they derive more than 10 per cent of their revenue from thermal coal and/or account for one per cent or more of total global production. Coal power generators with a carbon intensity above a gradually declining average threshold set by the International Energy Agency's emissions pathway will also be excluded.

To date this is where BNPP's engagement strategy is most clearly defined, and Lewis believes it is a far more ambitious thermal coal policy than any other asset manager of its size, arguing the average threshold for divestment tends to be closer to 30 per cent of revenues from coal, while few firms use a carbon intensity metric at all. Taking into account the Paris-compliant goal, the policy means "we are effectively out of thermal coal by 2025", Lewis said.

A number of major investors have been divesting from coal for several years, most notably AXA Investment Management in 2017, so this albeit very positive step isn't unique. For example, Candriam's coal exclusion policy also sets a 10 per cent revenue threshold. However, BNPP AM's strategy is firmly amongst the best in class, and interestingly Lewis suggested similarly ambitious policies could soon be in the offing for other high carbon sectors over the next five years, starting with metallurgical - or coking - coal that is used to make steel.

"Initially we are looking at initiatives such as the Transitions Pathways Initiative, which is benchmarking all the energy intensive industries against carbon intensity numbers out to 2025," he explained. "So beyond the power generation sector, that would include oil and gas, iron and steel, cement manufacturing and so forth - the obvious emissions intensive sectors. We will be looking at those sectors going forward."

There remains the question as to how BNPP AM would escalate its engagement with laggards, however. The thermal coal policy leaves some wriggle room if companies above the revenue or carbon intensity thresholds make credible commitments to shift their business models onto a lower carbon trajectory.

BNPP AM has pledged to publish its first detailed company engagement report later this year looking at precisely how it is wielding its shareholder power to effect change, and there appears to be a desire to engage first, with divestment remaining a last resort for those assets that refuse to comply with the new policies.

The company is confident that effective engagement is starting to deliver results. As such, BNPP AM foresees rapid changes in company culture in the next few years in favour of ambitious climate action, and is therefore evidently hoping to not have to issue too many blunt divestment threats in order to reach its 2025 Paris ambition.

Lewis points to two key changes in only the past week to demonstrate the pace of change: Shell's announcement that it wants to be the world's biggest electricity producer by 2025, and a Chinese state-owned investment firm's decision to exit the coal sector. "Between now and 2025, we're convinced that this trend towards decarbonisation and the energy transition is only going to accelerate," he said. "So we will be studying and refining this policy over the next two years, but that's very much the direction we're going in."

Effective engagement with companies by investors inevitably requires a bedrock of internal policies, strong data analysis and performance indicators. To that end, BNPP AM's strategy aims to integrate environmental, social and governance (ESG) across all of its investment processes - including research, risk management, engagement, voting disclosure and reporting - backed by a new ESG validation committee that will review and approve these processes by the end of this year.

It forms part of the asset manager's aim to understand, measure and report on its own climate risk exposure across all its portfolios before the end of 2020, enabling it to then develop an even clearer set of climate and sustainability targets from 2020-22. Such targets could include making sure its funds have a 50 per cent lower carbon footprint than the benchmarked average, for example.

And crucially, driving this roadmap to deliver a Paris-aligned portfolio by 2025 is an expanded sustainability team at the asset manager, which will be further strengthened by the fact all 3,000 of its employees across more than 30 countries now have to undertake training modules on ESG and climate risk issues. It is all part of fostering culture change and embedding ESG thinking right the business, the firm says.

Anne-Marie Williams, investment engagement manager at campaign group ShareAction, said it was good to see BNPP AM showing "leadership and ambition" on climate change, in particular highlighting the firm's focus on ESG expertise, setting of performance metrics, and commitment to introducing additional targets over time.

"These are all steps in the right direction and great to see them laying out this strategy but I'd like to see more detail such as it is a high level strategy," she told BusinessGreen, pointing to the on-going work on client engagement and how BNPP AM might plan to escalate matters if that engagement fails or stalls. "We will be shortly be starting work on our next asset manager survey and BNPP AM will be included in this, so it will be interesting to see how this new strategy is reflected in their new ranking."

All in all, the strategy represents a hugely positive step on BNPP AM's journey towards 2025. Crucially, the firm appears to be building from the ground up, from its own staff right through to company board, embedding ESG and climat issues across the business in a way many other financial companies could learn from. But with less than six years to build a fully Paris-aligned portfolio, BNPP AM and its clients - which lest we forget, include a number of high carbon giants - are clearly going to have to move swiftly to deliver on the promise of the company's new strategy. 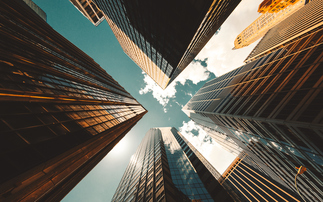 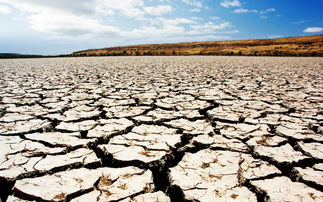 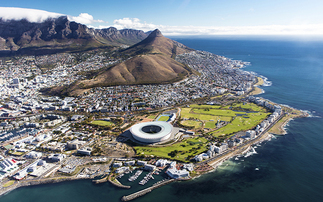