London's 'Silicon Roundabout' has become, in recent years, almost as much of a beacon for technology innovation and start-up culture as its namesake Silicon Valley.

But while the east London locale has firmly made its mark as a major tech hub, the city is still failing to maximise its innovation potential in the world of clean tech.

That's because the proportion of women in London's cleantech sector still lags well behind gender parity, according to Karen Lawrence, a commission for the London Sustainable Development Commission (LSDC).

"The clean tech sector in London hasn't got the appropriate level of representation of women in it, and therefore, by definition yes it's missing out from all the great value that would bring," she tells BusinessGreen. "There's extra success, extra profit, extra economic benefit that can be brought by bringing more women in."

Research from Founders4schools shows that women represent just 17 per cent of UK employees in tech, four per cent of software engineers, three per cent of VC partners, and only one per cent of leadership positions in the Science, Technology, Engineering and Mathematics (STEM) sector.

Clear data on the gender split in the clean tech sector specifically is scarce. Anecdotal evidence suggests the percentage of women in clean tech is higher than in tech more broadly, but at the higher level women are under-represented. For example, Climate-KIC research suggests that of the early stage clean tech companies receiving UK grant funding, 74 per cent had no female founder compared with six per cent which had no male founder, and only 20 per cent had a mixed gender board.

To get to the bottom of the disparity, Lawrence spent 2018 researching the issue for a new 'Women in Cleantech' working group for the LSDC. Researchers combined a mix of desk research, surveys, focus groups, and stakeholder interviews, to pinpoint the challenges to female participation and identify potential solutions.

"We had set out to do a really honest enquiry into the challenges," says Lawrence. "I wasn't surprised [by the findings] but it did reinforce that this work was needed, and that we were not just jumping on board any form of bandwagon."

The research uncovered a range of barriers to increasing the proportion of women working in clean tech. Some were not specific to the clean tech sector, and were instead structural barriers for women in the workplace such as a lack of female role models and difficulties with fitting work around childcare responsibilities. But some did appear specific to working in a male-dominated technology field.

For example, some women reported feeling undermined or patronised in the workplace, with one workshop participant reporting: "Even as the founder of my business, questions are often directed at my male staff at pitching events even if I have been the main presenter."

Others cited issues in attracting finance, the lack of HR support in many early stage clean tech companies, confusion over marketing terms and concern from women that they 'wouldn't fit in' to the world of clean tech. And more broadly, the research identified a major communications challenge: some women hadn't heard of the clean tech sector at all.

To help address some of these challenges, the LSDC has established five workstreams covering communication, education, training, access to finance, and collaboration, with progress overseen by a 'Women in Cleantech' steering committee.

One key area where the groups hopes to see progress is in the way the clean tech sector markets itself. The dominance of men in the space mean that marketing, communication, and HR materials are written in a way that would appeal to other men but not to women, says Lawrence.

"A lot of the language used is terms like 'clean tech' and 'accelerators'," she says. "Those are the kind of words that generally women would say 'that doesn't make me want to come and be there'. But when you talk about social values, about solving the world's problems - that puts a whole different spin on it."

The LSDC is now working with WISE, a community interest company promoting the role of women in STEM subjects, and Cleantech Innovate, to develop more female-friendly communications strategies for the sector.

Access to finance is another key area where change is needed, says Lawrence. "The current system of accessing finance is not very female-friendly," she says. "And what we mean by that is that women tend to like to narrate stuff. They are great at doing the balance of risk and being very pragmatic and practical, but a lot of the current routes to raising finance you've got to stand up and be often overly confident about something. So it doesn't play to the way women like to approach stuff. Yet we know that when women are at that leadership table that pragmatism, that balance, is incredibly valuable. But that is not valued at the raising investment stage."

Sustainable Ventures is one of the partners leading the efforts on this workstream, with extra support on offer for early-stage female entrepreneurs and plans for a female-focused equity accelerator to improve their investment-readiness. Centrica Innovations, the start-up arm of the energy giant, has meanwhile promised to bankroll an investment fund solely for women in clean tech.

The LSDC is still keen to recruit other partners for the remaining workstreams, particularly those focused on challenging discrimination and unconscious bias, says Lawrence. Meanwhile, the Steering Group is due to meet for the first time in the next few weeks to assess progress so far this year.

As one of the world's major metropolises, London is often seen as being at the cutting edge of social and economic development. But while it may be ahead of the curve in some areas, when it comes to clean tech it's still not living up to its potential.

And just because the UK is a rich society with relatively good levels of gender equality, doesn't mean we should rest on our laurels, argues Lawrence. "Are we doing badly? No," she says. "But could we do a lot more and be even more successful? Absolutely yes. And I think it's important for developed countries to show that leadership and always be two steps ahead. To be showing where the boundaries can be pushed."

Silicon Roundabout is at the heart of the UK's hunt for the next big thing in tech. But without encouraging more women into the sector, it seems investors might be at risk of going round in circles in search of hot new talent. 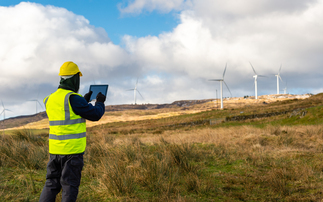 New survey from KPMG reveals how employers' environmental, social, and governance record is influencing employment decisions for almost half of UK office workers