The government's community energy strategy received a major boost this week, after British Gas inked a deal worth up to £60m that could see it install solar panels on up to 8,000 rooftop sites across the UK.

In an innovative new partnership, British Gas Solar, the solar division of the energy giant, has teamed up with community energy project developer and social impact investment specialist Social Finance to develop a pipeline of solar rooftop projects for schools and public buildings across the UK.

A spokeswoman for British Gas told BusinessGreen that the project represented one of the first community energy initiatives to be delivered on a national scale and with the backing of one of the UK's largest energy companies.

She added that the organisations were now reaching out to local authorities and schools to discuss prospective sites for new solar installations.

The partnership will see Social Finance raise up to £60m of institutional loan capital to fund the projects, with investors expected to secure attractive returns through the feed-in tariff payments attached to the new solar arrays.

Significantly, members of the local communities hosting the solar arrays will also be invited to purchase shares in the projects, allowing them to enjoy some of the financial returns that result. BusinessGreen understands that the group is hoping around 20 per cent of the finance required for any individual project can be raised in the local community.

Once the finance has been raised, Generation Community will oversee the project and work with local authorities, while British Gas Solar will operate as the contractor for the project, installing and maintaining the arrays.

Those schools and public sector buildings that opt to host the solar arrays will also benefit from reduced energy bills as they take advantage of the clean power generated onsite.

Mike Chessum, head of energy construction services at British Gas, hailed the project as "a breakthrough in the delivery of community energy across the UK". "We are proud to be the first commercial energy partner working alongside social enterprises that will provide new ways of delivering power to communities," he added.

His comments were echoed by James Mansfield, director of Generation Community, who said the partnership represented an "exciting chance to deliver renewable energy both professionally and to a commercial standard, whilst keeping community ownership and values at the core of the project".

He urged local authorities and housing associations to come forward and take advantage of the new partnership and the multiple financial and environmental benefits it offered.

The project was welcomed by the government, which in recent months has announced plans to expand the fledgling community energy sector, accelerate the deployment of solar power on schools, and shift the solar market away from solar farms and towards large-scale rooftop deployments.

"It's great news that the grant from our Investment and Contract Readiness Fund helped Generation Community to grow and develop such innovative projects," he said. "The partnership with British Gas is a significant endorsement of the role that social enterprise can play in delivering services alongside benefitting communities. We hope that this will be the first of many similar partnerships."

Plenty of local authorities, community groups, and renewable energy supporters will share that hope. And, intriguingly, some of the "Big Six" may well join them.

UN issued with roadmap on how to avoid climate catastrophe 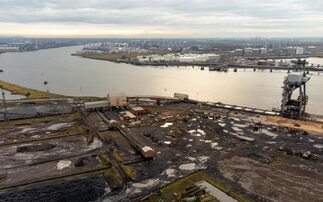 Facility will be built in stages and start producing 'green' hydrogen by 2025, under plans unveiled today The company using education to help save lives in India 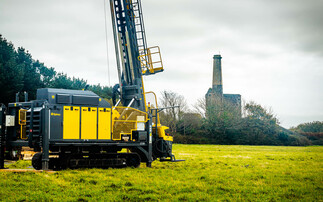