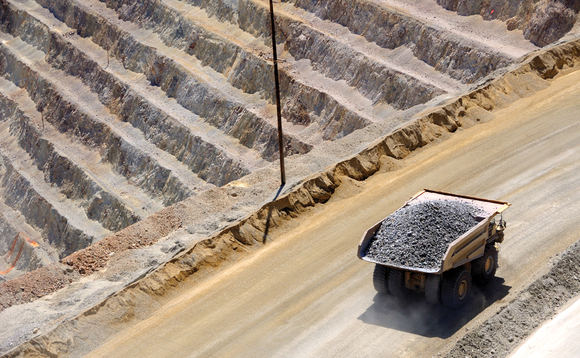 Achieving the goals of the Paris Agreement is going to require an "almost unattainable" amount of copper, research from Wood Mackenzie has warned.

A scenario published by the influential analyst earlier this year notes that to meet net zero targets, the mining industry needs to develop new copper mining projects at an unprecedented frequency.

Close to 80 per cent of copper used today is deployed for some form of conduction of electricity, and as such the rapid growth of electricity demand and the electrification of vehicles and other technologies is going to mean the world will need more copper.

"To successfully meet zero-carbon targets, the mining industry needs to deliver new projects at a frequency and consistent level of financing never previously accomplished," he said.

Wood Mackenzie has calculated that its 1.5C energy transition scenario requires 9.7 million tonnes of new copper supply over 10 years from projects yet to be sanctioned, a figure that equates to nearly a third of current refined consumption.

The influential analyst firm calculates that more than $23bn a year will be needed over the next 30 years to deliver new projects under a net zero scenario.

This is a level of investment only seen once before, during a limited period between 2012 and 2016 when rapid development of China's economy drove a boom in demand for the metal.

Recycling of copper also needs to be ramped up to reduce the gap between supply and demand, the report notes, arguing that up to 45 per cent of copper consumption could be from secondary sources by 2050, up from roughly a third today.

"Under Wood Mackenzie's 1.5C scenario, there is a larger role for scrap to help meet future demand, but it won't solve the overall supply challenge," said Bhavya Laul, principal analyst at Wood Mackenzie.

Electric vehicles (EVs) are set to be the largest single sector contributing to the rise in copper demand, the analyst noted. Wind and solar power will also drive increased demand for the metal, requiring an additional 1.0Mt and 1.1Mt of copper a year, respectively, under a net zero pathway.

Wood Mackenzie has noted the global copper project pipeline is technically large enough to meet the volume requirements to hold warming at 1.5C, at approximately 17Mt.

But it notes that many projects will not be developed because of poor economics or egulations. Moreover, copper mines are seen as potentially risky investments for miners, as they take a decade to achieve commercial production and are frequently subject to permitting issues or threatened by political uncertainty. Meanwhile, new discoveries are frequently of lower grades, making it more expensive to extract.

"In theory, higher prices [for copper] should encourage project sanctioning and more supply," said Eleni Joannides, research director at Wood Mackenzie. "However, the conditions for delivering projects are challenging, with political, social, and environmental hurdles higher than ever. For example, social and environmental licences to operate are proving elusive in major producing countries, including Chile and Peru."