Climate change: the biggest threat to humanity in this century. Why then are its risks all but ignored by the asset management industry? Scratch the surface and the answer is clear: the uncertainties are enormous (if not the fact), the toolbox is bare, and the scientific world is not predicting the severest effects until post-2050. When your horizon is the next few years, or less in many cases, what could be the urgency?

Look again: the physical impacts of climate change - storms, droughts, floods and so on - will not be the primary driver of losses in financial markets over the next decade. Something closer to home with more powerful effects on investment portfolios is out there: sentiment.

This is the stuff of nightmares for risk-averse pension funds that are heavily invested in old economy stock, or passive investors who own the market. A new study we have undertaken at the University of Cambridge Institute for Sustainability Leadership, Unhedgeable Risk: How climate change sentiment impacts investment, shows how the short-term sentiment shifts occurring when investors figure out the implications of economic adjustment (or lack of it) to climate change, could have a considerable impact on investment returns. Such shifts could be triggered by policy agreements such as the universal climate deal achieved in Paris, mood swings in public appetite, breakthrough technologies, scientific warnings and catastrophic events.

Anticipating how financial markets respond to these triggers is fraught with uncertainty. Nonetheless models can be built to get a feel for the likely impact of different 'climate futures' on economic performance as a whole, and investment portfolios in particular - and hence how the markets might choose to respond. A feature of this approach - known as stress testing - is the opportunity to build bridges between the multi-decadal outlook of scientists and the more immediate concerns of investors. Interaction between these two groups gave birth to the Cambridge study.

The concept of stress testing gained strength in the banking sector following the 2008 financial crisis. This study extends its reach to the investment industry, providing insight into the potential short-term losses and gains resulting from climate risks. While further interdisciplinary research is needed to define with more precision and model the effects of climate risks on the financial system, the results from this current study already provide a wake-up call.

Three plausible, if not probable, scenarios were modelled: Two Degrees, where society successfully limits global average temperature increases below the threshold deemed to be dangerous (i.e. low-carbon); No Mitigation, in which society gives no consideration to climate change and allows temperature to escalate beyond dangerous levels (i.e. high-carbon); and Baseline, a continuation of our current indecisive trend.

At the macroeconomic level, the study found that sentiment shifts could cause global economic growth to reduce in both the low and high-carbon scenarios over a five to 10 year period as a result of economic adjustment. In the longer term, the study found that growth picks up most quickly along a low-carbon pathway, with annual growth rates of 3.5 per cent versus 2.0 per cent for the scenario where society fails to tackle climate change, against a baseline of 2.9 per cent.

Four investment portfolios were tested against the scenarios. They were High Fixed Income and Conservative, Balanced and Aggressive portfolios with increasing allocations to equities.

In the high-carbon scenario, the Aggressive portfolio performs worst, with a maximum loss of 45 per cent and returns not being restored to baseline levels. In contrast, it recovers fastest in the low-carbon scenario, with total returns above the baseline by the end of the five-year modelling period. Predictably, the High Fixed Income portfolio showed least disturbance across all scenarios, with a worst case loss of 23 per cent loss under a high-carbon scenario.

The good news is that 53 per cent of the potential losses in the most affected portfolios is 'hedgeable', meaning that investors can reallocate capital between industries and geographies to avoid them. However, the other 47 per cent was found to be systemic and therefore 'unhedgeable' by investors, who would be exposed to those losses unless economy-wide action is taken to address the underlying drivers of risk. This is significant - we are looking at a market failure that governments, industries and financial institutions have allowed to inflate like a bubble in exchange for short-term performance.

This is a solemn situation for institutional investors responsible for looking after the savings pots of the general public. A culture of short-termism, fuelled by fee earnings from intermediaries, has produced a time bomb in the economy that will hurt the public if the economy decarbonises, and hurt it even more if it doesn't.

The results echo warnings from Governor Carney of the Bank of England who recently highlighted the "potentially huge" losses that climate change could pose to financial markets. Although climate policy is for governments to decide, both investors and their regulators have a profound interest in maintaining financial stability, which must clearly now include consideration of climate change.

Despite uncertainties, our modelling shows that investors can act to reduce their exposure to short-term climate risks arising from shifts in market sentiment, but they are unable to eliminate more than half of those risks. Economy-wide action is required to protect savers' long-term financial interests from the systemic component of climate risk that has built up over many years of emissions into the environment. In order to protect the public from foreseeable losses to their savings and retirement pots it is time for leaders across business, government and financial institutions to take action to put the economy onto a low-carbon footing, and do that together, visibly and fast. The Paris Agreement reached at COP21 last month is an important impetus in this respect, with short-term consequences for financial markets as investors recalibrate their views on where the economy is headed. 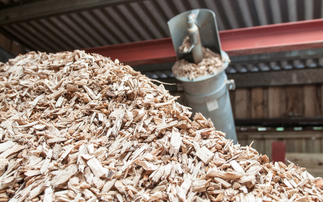 Can next generation biofuels win over their detractors and confirm their position as a critical commodity in the net zero transition? Wood Mackenzie's top biofuels experts offer their take 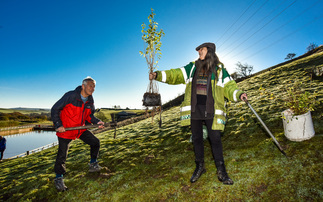 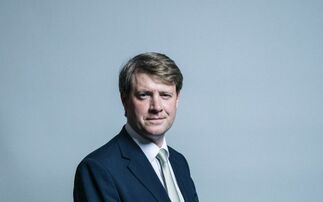