'Beyond net zero': What characteristics do the best corporate climate leaders share? 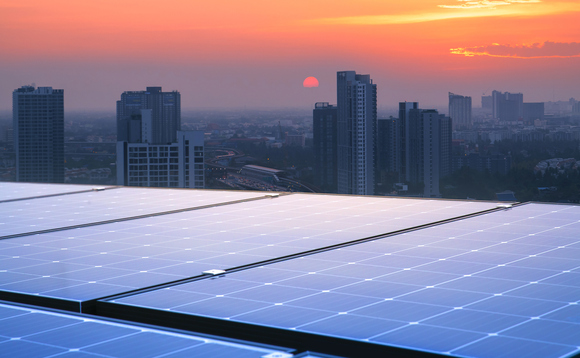 As WWF launches a new report exploring what makes good corporate climate leadership, top execs from Ikea and H&M reflect on how companies can accelerate their decarbonisation efforts as part of the latest BusinessGreen webinar

What steps can businesses take right now to drive rapid emissions reductions across their operations and put them on a credible path to achieving net zero emissions?

That was the question addressed yesterday by a major new report from WWF, titled Beyond Net-Zero: A business pathway to spur urgent climate action towards 2030, and an accompanying BusinessGreen webinar that brought together sustainability executives from H&M and Ikea and WWF's chief economist Karen Ellis to explore how business leaders are now working to urgently accelerate their decarbonisation journeys.

Renewables procurement, carbon credits, materials sourcing and supply chains, public advocacy, employee and consumer engagement, and nature protection were all covered in a wide-ranging conversation, which dove into the latest guidance from WWF on how companies can move beyond simply setting a net zero target. The participants also discussed how the introduction of mandatory transition plans for large corporations in the UK could galvanise climate action across the private sector, as pressure continues to intensify on businesses large and small to emulate the first movers in the net zero transition.

WWF's report, which was developed with in-put from IKEA and H&M, sets out seven core actions that tend to characterise all the best corporate climate leaders. As a rule, these leading companies account for and disclose on their environmental performance; set targets in line with a 1.5C warming scenario; reduce emissions across the full value chain; finance and support solutions across and beyond their value chain; engage responsibly and actively to promote effective climate policies; collaborate with suppliers, employees, and stakeholders; and enable and inspire customers through the development of sustainable producs and services.

The webinar also highlighted how it is critical to ensure such strategies reach right across an organisation. Kim Hellstrom, green investment project manager at H&M Group, noted that the clothing giant was making it a priority to ensure that the company's sustainability strategy was embedded across all functions of the business, including in its interactions with the suppliers that produce the majority of its value chain emissions.

"The absolute majority of our emissions are coming from further down or within our supply chain, tier two and further down," he said. "So, where we don't have business relationships we have a very limited possibility to impact, so what we need to do is to incentivise and financially support our suppliers in their transition away from fossil fuels. It is really about getting our hands dirty out in the factories; that is what will make the difference."

The Swedish company has pledged to reduce emissions across its value chain by 56 per cent by 2030 and to reach net zero by 2040, 10 years ahead of the deadline set out by the Paris Agreement, and as such is now ramping up efforts to help its partners develop their own net zero plans.

Andreas Ahrens, head of climate at Inter IKEA Group said the firm was similarly working closely with its suppliers to deliver on its climate goals, outlining various programmes designed to support smaller firms' transition to renewable electricity ."We have a long history of having long-term relations with our suppliers," he said. "So, when we set these goals, we also have a dialogue with our suppliers to say 'what is feasible for you to do' and then also 'what are your needs'." From this point, the company is then in a position to offer practical support to help suppliers cut emissions. "We offer them certificate programmes to help them with the purchase of renewable electricity and finance on-site investments, but we also offer energy audits that will enable them to reduce their energy consumption as well," Ahrens said.

However, the focus on suppliers and partners has to be accompanied by continued efforts to slash operational emissions. Ahrens confirmed that the furniture behemoth was embedding "climate KPIs" across different functions of the business, to ensure decarbonisation was a priority for all teams.

WWF's Ellis endorsed this approach, noting that companies needed to ensure that sustainabiltiy objectives were folded into all incentive mechanisms. "You really need to get every individual on board," she said. "Because otherwise you get a situation where the senior people get it - they get the story and narrative - but  people on the ground are not making decisions in that vein because they either don't know about it, or it's still not in their interest."

But all participants highlighted that an effective climate strategy went beyond reforming internal governance systems, overhauling processes, and investments in clean technologies, noting that close cooperation acrross industries, supply chains and with government would be crucial if the economy as a whole is to move on to a trajectory that can deliver on global climate goals. "A company can never achieve its goals without cooperating with partners across its value chain and between companies, governments and organisations," Ahrens said. "This cannot be done in isolation."

Collaboration on climate lobbying in particular is critical, he stressed. "We need to collaborate not only with our competitors, but also across industries with like-minded companies," he explained. "Because it doesn't really matter what industry you are - if you're on the journey towards 1.5C, we need the same thing with governments. We need the same threshold to be raised very quickly, specifically in the countries where we source from them. One or two companies can't change policies, but 130 can."

Ellis similarly stressed that first mover companies should use their collective might to pile pressure on governments to establish policy frameworks that can catalyse climate action across the private sector and ensure first movers are not penalised by higher costs and unfair competition from businesses that are not taking steps to decarbonise. "There's a hugely powerful voice to be mobilised in the private sector to demand action from governments," she said. More progressive policy frameworks would stop first mover companies from being penalised for going the extra mile to deliver on their sustainability goals, she said, because they would mandate that all firms make such investments, in turn leading to greater economies of scale and lower costs for emerging clean tech industries.

Hellstrom admitted to sometimes feeling frustrated that consumer-facing companies that are proactively and publicly working to reach sustainability goals can face more scrutiny over their efforts and activities, than laggard firms that are largely mute in discussions about sustainability and have no plan to tackle their environmental footprint. "If you're a consumer facing company, there's a risk connected to talking about what you've done," he said. "You want to showcase some positives, but you if you try to be a leader, you are also in the aim of critiques, while the laggards don't get any critique at all."

But there are signs that laggard companies may not be able to keep their names out of the headlines indefinitely. Ellis argued that the UK's government move to mandate that large, listed companies establish transition plans - a move that other countries are looking to emulate - could soon put companies that have to date evaded such scrutiny under the microscope. Welcoming the move as a "great step forward", she said the new rule would mark the first time that all large companies - from laggards to leaders - will be able to be held to account for their climate impacts. "This is a step in the right direction, next we need to see regulatory or other processes that reward or penalise companies, depending on how well they are doing," she added. "It needs to go beyond disclosure".

Another defining feature of corporate climate leaders highlighted by the report and webinar is the way that carbon offsets necessarily have a marginal role in credible net zero strategies. Both Hellstrom and Ahrens said their respective firms were not placing any emphasis on carbon offsetting or credits at this stage in their decarbonisation journeys, stressing that they were focused on reducing absolute emissions in line with their near-term goals and as such actions to compensate hard-to-abate emissions were low down the agenda.

Hellstrom highlighted how emerging net zero standards, such as the Science Based Targets Initiative's (SBTi) latest standard, all point to how direct emissions reductions should account for 90 per cent of a companies' net zero goal as a bare minimum, with offsets only used to combat those emissions that genuinely cannot be eradicated. Meanwhile, Ahrens reflected on how if companies do want to deliver negative emissions a good place to start is likely to be in their own supply chains, where enhanced forestry and regenerative agriculture practices could serve to help deliver the 'net' in net zero, while also enhancing biodiversity and climate resilience, without the need to get involved in the carbon offsets market.

Ahrens also confirmed that Ikea planned to revisit its goal to align with the new SBTi standard. "We've set out to do that during this financial year," he said. "Because we need to reduce our emissions in line with science. Maybe we need to even increase ambition even further when it comes to our emission reductions - but I think we're on the right track." Ikea has pledged to be 'climate positive' by 2030, which it claims it will achieve by reducing more greenhouse gas emissions than the IKEA value chain emits.

Ellis acknowledged there was a role for carbon removals in addition to emissions reductions in a future where the voluntary carbon market becomes better regulated and policed, in particular for companies in hard-to-abate sectors. "It is not using offsetting to reduce your emissions reductions, but it is about doing additional things with additional finance to help facilitate alternative solutions," she said.

Decarbonising a multinational business is a hugely daunting task, requiring the buy-in from executives, board members, and the company workforce, as well as concerted and constant outreach to suppliers, customers, and competitors. Meanwhile, companies must navigate an incresasingly complex regulatory landscape, and wade through a plethora of overlapping target-setting and reporting standards. But yesterday's discussion, held just hours before a new UN-backed group tasked with scrutinising net zero targets met for the first time, highlights there are some common steps large firms can take to propel themselves forward on this most consequential of journeys.

BusinessGreen's webinar was held in association with WWF, H&M Group and Ikea. You can sign up to watch a recording of the webinar here.

You can also check out the new WWF report, Beyond Net-Zero: A business pathway to spur urgent climate action towards 2030. 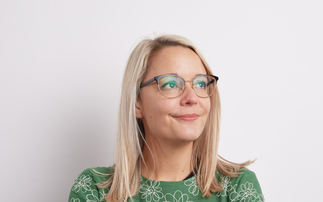 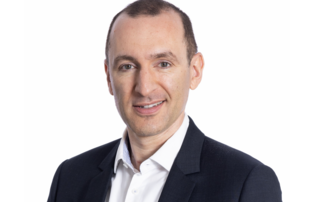 Companies in food, agriculture, and land-use sectors must commit to ending deforestation by 2025 and avoid using nature-based carbon removals as substitute for emissions reduction, according to framework