BusinessGreen Leaders Awards 2017: And the winner is... 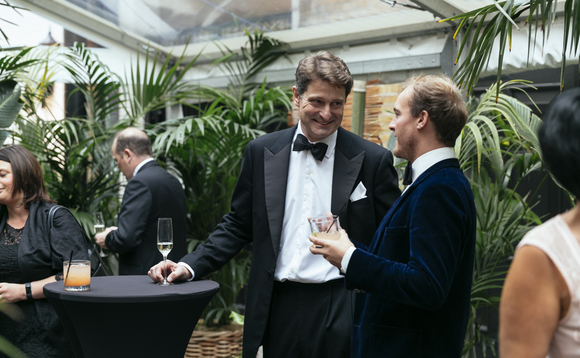 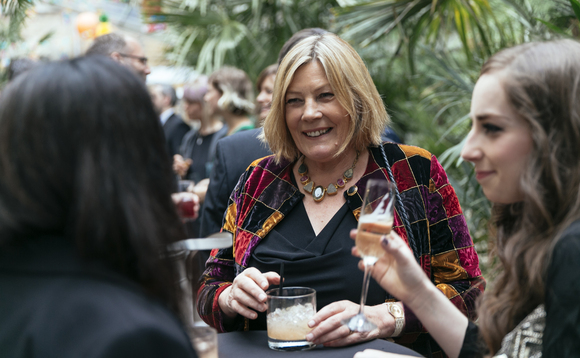 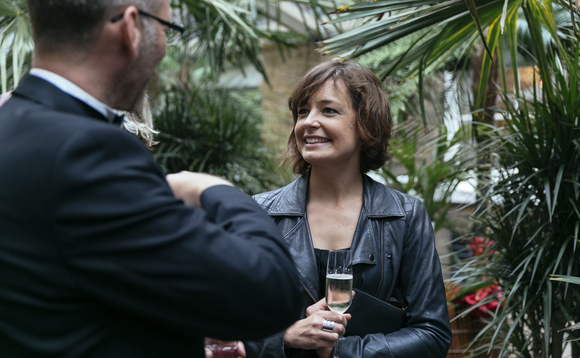 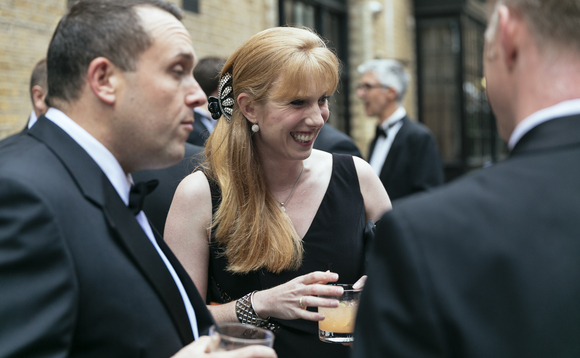 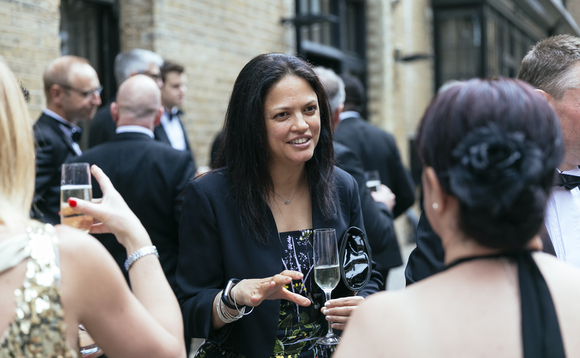 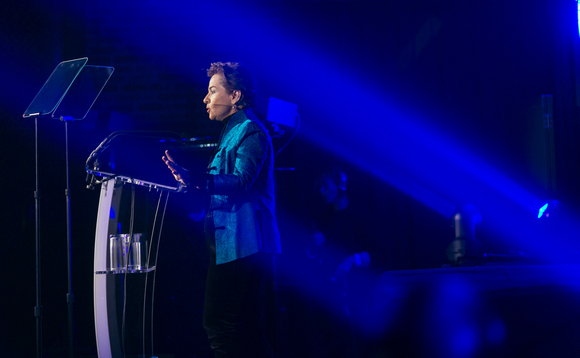 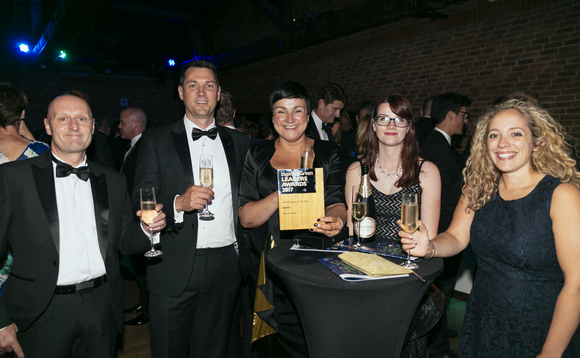 Last night over 400 executives, entrepreneurs, investors, campaigners, and politicians from across the green economy gathered in London for the seventh annual BusinessGreen Leaders Awards.

The awards were more competitive than ever and provided a testament to the growing maturity and influence of sustainable businesses and clean technologies.

Following a keynote address from former head of the UN climate change secretariat, Christiana Figueres, the awards ceremony got underway. Here are all the winners and highly commended entries:

Marketing/Advertising Campaign of the Year

Hubbub walked away with the award for a series of highly creative and engaging food waste campaigns that drew attention to an environmental issue that is too easily ignored. The judges praised the campaign's striking visuals, great use of language, and impressive media reach.

Fast Track Company of the Year

POD Point emerged as the winner thanks to the rapid expansion it has achieved over the past few years in the strategically critical sector of EV charging. The judges hailed the company's ability to deliver key strategic partnerships with major auto brands at the same time as growing a network that now charges a new EV every 42 seconds. They also admired the reach of POD Point's growing networking, covering home, work, and public charge points.

Hill+Knowlton were praised by the judges for a sustained and eye-catching employee engagement campaign in support of the company's ambitious goal to become a B Corp. The campaign drove awareness of the need for environmental action amongst a large group of employees and worked effectively with the Do Nation to ensure green pledges were translated into action.

Greenshoot impressed the judges with their innovative and engaging approach to bringing sustainable thinking to the film and broadcast industry. The judges particularly praised the firm's ability to drive a wider debate about the importance of sustainability in an industry that can too often easily ignore environmental issues.

In one of our most competitive categories, AECOM stood out for their industry-wide push to tackle one of the great unseen resource challenges in the UK. The judges were won over by the bringing together of a host of top infrastructure developers and the company's highly innovative approach to optimising resource use and delivering circular models.

Ecosystem Project of the Year

The Crown Estate and Ecology Masterplan

In another highly competitive category Arup and the Crown Estate for their inspiring vision to bring a biodiversity boost to central London. Innovative, collaborative, and engaging, the project has demonstrated how green urban spaces can deliver multiple benefits to businesses and communities.

An inspiring project from an increasingly impressive company, the judges were hugely impressed by the holistic nature of the waste-to-energy solution SEaB Energy has developed and the water tight investment case they were able to deliver to the NHS. This landmark project is the sign of clean tech going from strength to strength.

NGO of the Year

Carbon Tracker has been one of the most important developments in the environmental space in a decade and the judges were united in their praise for this agenda-setting NGO and its hugely influential campaign to drive awareness of carbon bubble risks. The organisation stood out for the clarity of its message and the huge impact it has had in driving awareness of the low carbon transition and its implications for investors.

Greenvale emerged victorious thanks to its full spectrum sustainability efforts, covering water, energy efficiency, renewables, and biodiversity. The company won plaudits from the judges for driving forward sustainability best practices in an agricultural sector that can too easily ignore environmental considerations.

Green PR Company of the Year

This new venture on the green PR scene impressed the judges with their vibrant entry and their high profile Bright Friday festival and Square Mile Challenge coffee cup campaigns. After only a year in business, the company has emerged as an exciting new player in the environmental communications market who look poised to go from strength to strength.

Green IT Project of the Year

This highly innovative project to deliver a more intelligent urban power grid complete with 'electronic brains' won the judges backing, thanks to its huge potential impact and impressive carbon savings. Demonstrating that smart grid technologies are ready for action, the £8m trial showed how it is possible to significantly improve the resilience and performance of urban grids in a cost effective way.

Sustainability Report of the Year

The judges were impressed by Heineken's attractive, engaging, and multi-channel report, which shone a new light on an already impressive corporate sustainability programme. By providing a full digital suite of reporting material and backing it up with an eye-catching stakeholder outreach program, the company ensured its green performance was seen by as wide an audience as possible.

In this highly competitive entry, Camborne Energy Storage emerged as the winner thanks to the delivery of the first grid-scale Tesla Powerpacks in Europe. This innovative and potentially game-changing energy storage project proved conclusively how the nascent market has now reached a point where grid-supporting batteries are commercially viable, as well as environmentally beneficial.

Green Transport Project of the Year

UPS emerged victorious in a highly contested field thanks to the success of its Rolling Laboratory and its wide-ranging commitment to slashing emissions and air pollution across its fleet. The logistics giant has trialled an array of electric and low emission vehicles to identify which is best suited to different applications, delivering massive carbon and fuel savings in the process.

Net Zero Buildings' latest Scholhaus project was widely praised by the judges for its beautiful design and impressive sustainability credentials, as well as the inspiring environment it has provided for a new generation of students. The A+ rated, ultra-efficient, solar power building and attractive financing approach provides a template for how all new buildings can embrace emerging clean technologies.

In a highly competitive category, James Piper stood out for his rapid ascent to become managing director of Ecosurety and his impressive work to tackle the previously opaque producer responsibility packaging scheme. He has delivered genuine innovation that is helping companies curb the impact of their packaging and resource use.

As head of sustainability at Bunzl Catering Supplies Joanna Gilroy is a passionate advocate of environmental transformation who has worked tirelessly to embed sustainable best practices within Bunzl Catering Supplies. The judges were particularly impressed by her approach to working collaboratively across the industry and its value chain to tackle the complex environmental challenges the packaging and hospitality sectors face.

The judges were won over by the impressive track record of the UK Power Networks' Innovation Team, which has delivered a host of cutting edge sustainability projects over the past year and served to embed clean technologies across the business. The team has helped to pioneer a raft of electric vehicle, energy storage, renewables, and efficiency projects which together could prove transformational for the UK energy sector.

Our politician of the year has spent the past 12 months demonstrating a truly remarkable level of green ambition and breadth of vision that highlights just how transformative environmental policies can be. He has prioritised action on air pollution, energy efficiency, renewables, cycling, and low carbon infrastructure, and pushed through policies that should help make this great city a genuine global leader in the fight against climate change over the coming years. He has also refused to duck the political battles that this level of ambition inevitably leads to.

In a highly competitive category, POD Point's rapid growth and extensive reach won out in the end. Working with a raft of leading automotive firms and retailers, the company is committed to moving electric vehicles into the mainstream and has played a key role in the sector's burgeoning success, providing over 45 million miles of clean motoring to over 30,000 customers.

As Sustainability Director at PCSG and Sustainability Manager at Land Rover BAR, Sir Ben Ainslie's America's Cup team, Susie Tomson is leading one of the most exciting sustainability projects in the world, creating an exemplar facility to drive clean tech and materials innovation and spread the sustainability message across the global marine sector.

In one of our most competitive categories Arthur Kay won over the judges for the emergence of bio-bean as one of the most exciting green start-ups in the UK today. Kay has single-mindedly pursued a vision to turn waste into sustainable fuel and has developed a successful and increasingly high profile business with hugely impressive green credentials in the process.

Limejump's Virtual Power Plant continues to evolve and is playing a crucial role in pushing demand response and smart grid technologies into the mainstream. The judges were hugely impressed by the company's innovative and proven technology, as well as its vision to transform the energy sector by delivering a flexible clean grid.

IKEA has emerged as one of the leading blue chips driving the transition to a greener economy. Through its switch to LED lighting, its massive investment in renewables, its customer engagement, and its work across the supply chain the company is demonstrating how the low carbon transition can be delivered at scale. The judges were hugely impressed by the breadth of the company's long term environmental ambition and the willingness to back up its vision with serious investment in emerging clean technologies.

Throughout her career Christiana Figueres has demonstrated an unwavering commitment to protecting the natural world and driving the development of a more sustainable and just economy.

It is safe to say - without hyperbole - that she was one of the primary architects of one of the most important international accords in human history. Through a combination of tact, diplomacy, and sheer nerve she helped engineer an agreement on climate change that many people believed was impossible.

She has also been a long-standing ally and advocate for the green economy. You might not know this but before she was a diplomat she was Director of Renewable Energy in the Americas (REIA) and founder of the Center for Sustainable Development of the Americas.

She recognised long before many others that a combination of business, technology, investment, and innovation would be absolutely critical to the global fight against climate change, and she has been instrumental in hammering home that crucial message across seven continents.

You can see all the photos from the night here.