A major energy storage project in Seoul, South Korea, is now host to the world's largest lithium ion energy storage system for frequency regulation, following the installation of a 24MW battery system at the site.

The sizeable system, which was unveiled today by its manufacturers Kokam, was installed alongside a new 16MW storage system, taking the total capacity at the site to 56MW.

Both systems have been operational since January 2016, allowing South Korea's largest utility, Korea Electric Power Corporation (KEPCO) to manage demand on the grid without resorting to spinning power generation reserves - the extra generation capacity available by increasing the power output of existing generators.

Hwang Woohyun, KEPCO's senior vice president and head of its Innovative Energy Business Division, said the systems are already helping to stabilise the grid. "Kokam's 56MW of energy storage systems are making a major contribution to the stabilisation of our grid, and we hope to continue to co-operate with Kokam to develop energy storage projects that improve grid reliability, lower our operational costs and reduce our environmental impact," he said in a statement.

According to Kokam, the three systems will save around $39m every year in fuel costs - savings that will pay back the cost of the batteries five times' over across the systems' total lifetime. It will also lower KEPCO's greenhouse gas emissions by reducing the amount of fossil fuels burnt for frequency regulation, Kokam said.

The project is the latest in a series of breakthroughs for a nascent energy storage sector that is attracting growing interest from investors and policymakers.

Last week, US research body Arpa-E declared it has delivered a breakthrough in next generation, cost effective, large scale energy storage systems, although the government-backed agency provided few further details on the technology.

Meanwhile, a major UK government-backed report suggested energy storage systems could save the country £2.4bn by 2030 through improvements in grid management and a reduction in the need for additional back up generation capacity.

Do you have a strong sense of purpose? Does it drive what you do? 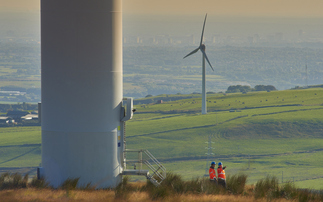