Marks & Spencer, Vodafone, BY and Panasonic among those calling for stable investment climate ahead of COP21

Ten of the UK's biggest businesses, including Tesco, BT and Marks & Spencer, have warned the Prime Minister that a series of cuts to green energy have knocked investor confidence in the sector, as he prepares to join around 150 world leaders in Paris tomorrow for the start of intense climate change talks.

The letter, also signed by Panasonic, Nestle and IKEA, comes as the UK's biggest business group, the CBI, called for an "ambitious, lasting" climate deal in Paris that would provide companies with certainty to invest in low carbon technologies.

Sent on Friday, the letter also signed by Vodafone, Kingfisher and Thames Water, told David Cameron that recent moves to scale back support for solar power, wind energy and other low carbon technologies were increasing investment risks for businesses.

"Regular changes to environment policy undermine confidence in investment in infrastructure of all kinds and impact on the UK's ability to continue competing in the rapidly growing low carbon sector," the letter warned.

Since coming to power in May, the Conservative government has announced plans to halt a number of support schemes for renewables, including ending new subsidies for onshore wind farms, proposing to slash feed-in tariffs for domestic solar panels by nearly 90 per cent and scrapping the zero carbon homes target for new buildings.

The latest cut last week, saw the government scrap a long-running £1bn carbon capture and storage (CCS) demonstration funding competition. As revealed by BusinessGreen, the decision put at risk hundreds of pounds in foreign investment that was due to be announced this week by the White Rose CCS scheme in Yorkshire.

Earlier this month, the government confirmed it would continue to provide support for new offshore wind farms throughout the 2020s, with an ambition to deploy a total of 20GW by 2030. However, that support depends on the industry being able to drastically reduce costs and the government has yet to define its budget for low carbon support after 2020/21.

The letter called on the government to outline policies that will support the growth of the UK renewable energy industry throughout the 2020s and raised concerns that the renewable energy sector is facing a cliff edge of support.

The letter will be something of an embarrassment to Cameron, as he prepares to attend the launch of the COP21 climate change negotiations tomorrow, where he is expected to demand ambitious action on climate change and promote the UK's record in clean energy investment.

A spokesman for Number 10 had not responded to BusinessGreen's request for comment at the time of publication. However, the government has consistently defended its programme of cuts, arguing they are required to reduce costs to consumers. Responding to an attack from Labour Leader Jeremy Corbyn in the House of Commons last week, Cameron maintained the government was on track to meet its carbon reduction targets and claimed the government was doubling investment in renewable energy this Parliament.

Meanwhile, the CBI today said the Paris climate talks represented a "golden opportunity" to create a long term policy framework for businesses to invest in low carbon technologies and to create a level playing field for businesses that are already operating in countries with strong climate policies.

Rhian Kelly, director of business environment policy for the CBI, said world leaders had the full support of British businesses to secure an ambitious deal in Paris.

"We all know there is no easy answer to climate change. But, business and industry are part of the solution - developing innovative new products and services, and leading the way in cutting emissions, to propel us towards a low carbon future," she said in a statement.

"Firms need confidence to invest in this future though, so the climate change conference is a golden opportunity to create the long-term frameworks that businesses crave. This means a clear sense of direction, support for carbon pricing that can drive investment and getting finance and technology flowing."

"As we approach these crucial Paris climate talks, we urge the UK government to immediately open a dialogue with the UK solar industry and re-evaluate these proposed cuts to the country's Feed-in Tariff and the substantial damage they will cause," he said.

"Our solar industry is maturing and we've made fantastic strides making a real difference for UK homeowners, but let's not push the bird out of the nest before it can properly fly."

Dame Fiona Kendrick, Nestlé UK & Ireland chairman and chief executive, said government support was crucial for helping the company deliver on its ambitious renewable power targets. "As a signatory to RE100, Nestlé is committed to achieving 100 per cent renewable electricity across all of its operations," she said.

"In order to achieve this in the UK & Ireland in the shortest timescale possible, we recognise the importance of having an enabling and stable policy environment to support business in achieving such ambitious goals."

Meanwhile hundreds of thousands of people have joined demonstrations in some of the world's biggest cities this weekend, including in London, Sydney, Cairo, Tokyo and Dhaka, to call for countries to strike a deal to phase out the use of fossil fuels and transition to 100 per cent renewable energy by 2050.

In Paris, where protests were cancelled in the wake of terrorist attacks earlier this month, protesters left hundreds of pairs of shoes on Place de la Republique to highlight those who were unable to march. Activists also formed a human chain carrying placards and signs that had been created for the original protest.

Don't hide your LED light under a smoke stack

Banks should do more to tackle climate change, say half of Brits 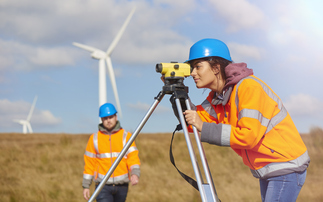 Major new report from Resolution Foundation and LSE argues UK is set to experience a surge in the number of green jobs, but the transition needs to be carefully managed 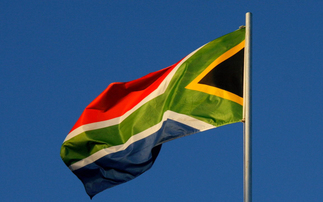 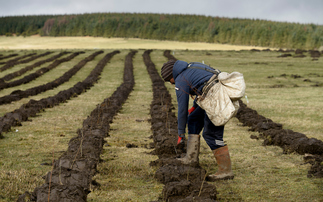