Climate Week NYC draws to a close with hopes building for Paris Climate deal, as India says it will announce its national target this week

As this year's New York Climate Week drew to a close yesterday, leading diplomats expressed increasing hopes a global climate deal will be reached in the COP21 international climate conference due to take place this December in Paris.

In a week that has seen a raft of climate-related business agreements, pledges and initiatives unveiled, a series of key players in the UN's long-running climate change negotiations told the event's closing conference an historic climate deal is in reach.

Todd Stern, President Obama's Special Envoy for Climate Change, said there was more chance than ever before that a universal climate deal will be reached.

"The stars are more aligned now for an historic universal agreement [in Paris] than they have ever been," he said. "So let's work together. Let's keep our eyes on the prize. And let's get this done."

Laurence Tubiana, the French Government's Special Ambassador for the COP21, said the high level of activity in the build up to Paris was fuelling optimism around the meeting. "Paris needs to be a turning point," she said. "We're not there yet but I've seen a sea change compared to previous years, particularly with the mobilisation of business, cities and subnational governments. Many world leaders are also now calling for deep decarbonisation, sending positive signals and creating the conditions for success."

Speaking at the event, India's Environment Minister Prakash Javadekar confirmed that India's Intended Nationally Determined Contribution (INDC) would be released by the end of this week.

"I believe Paris will be a success," he said. "We need to keep it simple. We must ensure annual reviews so there is no backsliding. India is committed to building a green economic future because this will help poverty eradication."

His comments came as a flurry of leading nations published their INDCs in recent days, fuelling hopes that as a bare minimum the Paris Summit will usher in a wide-ranging network of new national climate action plans.

This year's climate week was one of the most eventful in recent years, with a host of business agreements announced during the week. More than 60 firms, including multinationals such as Siemens and Procter and Gamble (P&G), signed up to ambitious new carbon targets as part of the NGO-backed Science Based Targets initiative, which is encouraging businesses to sign up to emissions reductions targets in line with the recommendations of the UN's scientific advisory body the Intergovernmental Panel on Climate Change.

Meanwhile, BT launched a new initiative over the weekend to encourage sports fans to reduce carbon emissions by using renewable energy. The campaign, called 100% Sport, was launched alongside Olympic and America's Cup sailor Sir Ben Ainslie and aims to create a global movement to encourage individual sports fans, as well as sports teams and clubs, to source 100 per cent renewable energy.

In addition, The Netherlands, Luxembourg and the United Kingdom joined 16 other countries in endorsing the Under 2 MOU initiative, an international agreement which gives a template for subnational governments to follow in order to support the international target to limit temperature increases to 2C. The three countries are among the first national governments to endorse the scheme.

"The UK is not alone in its efforts to get the best deal possible in Paris, and this is a great opportunity for regional governments to show their commitment to tackling climate change" she said in a statement. 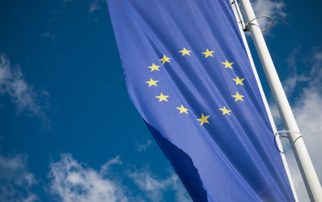