Pope Francis today used his address to the UN General Assembly to declare that it was in humanity's interests to recognise that there is a "right of the environment" that should be respected.

Delivering his keynote address at the UN headquarters in New York, Pope Francis built on his recent encyclical on the environment to assert that "a true ‘right of the environment' does exist" because "the environment itself entails ethical limits which human actions must acknowledge and respect".

He added that it was in the interests of mankind to protect the rights of the environment, partly because "any harm done to the environment, therefore, is harm done to humanity" and partly because "every creature, particularly a living creature, has an inherent value, in its existence, its life, its beauty and its interdependence with other creatures".

He also reiterated previous warnings that the "the ecological crisis and the large-scale destruction of biodiversity, can threaten the very existence of the human species".

Pope Francis, who earlier this week praised President Obama's efforts to tackle climate change and called on Congress to play a proactive role in addressing environmental threats, welcomed the UN's new Sustainable Development Goals (SDGs), which are to be formally adopted this weekend.

He said the goals, which set out a series of targets for tackling poverty, climate change and environmental risks, were an "important sign of hope", and added that he was similarly confident that December's Paris Summit on climate change "will secure fundamental and effective agreements".

The Pope's latest intervention came on the same day as business leaders gathered in New York began work to finalise a series of decarbonisation action plans and the Chinese government prepared to announce the launch of a new climate funding commitment and confirm plans for a new national carbon market.

It also came as a major new global survey from the UN revealed overwhelming public support for a new and ambitious international climate change summit.

The Pope's recent interventions on climate change have sparked criticism from a host of Republican politicians, who have argued he should not comment on political and scientific issues.

However, David Nussbaum, chief executive of WWF-UK, welcomed the Pope's latest comments. "The Pope says it loud and clear: harm to the environment is harm to humanity," he said. "WWF has long understood that protecting the planet and fostering social and economic development cannot be seen as separate spheres. The Pope's words add power and authority to that argument. We cannot restore equity, health and shared prosperity to our common home unless we pursue a new form of economics that has respect for nature at its heart. But if we do, we can build a world in which people and nature thrive."

BusinessGreen Technology Awards - One week to go to entry deadline 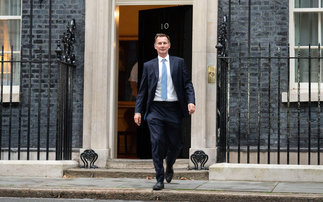 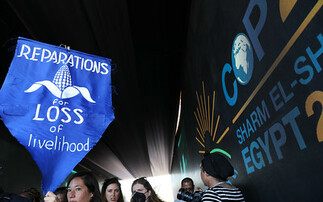 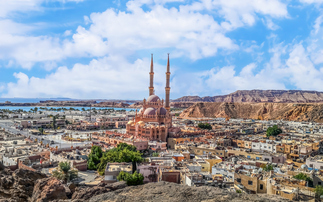