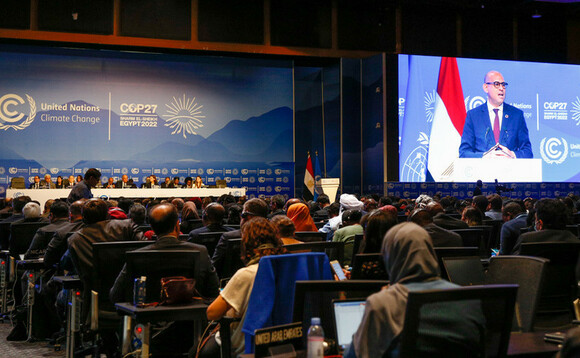 It's here. The COP27 UN Climate Summit kicked off on Sunday as the UK officially handed over the reins to Egypt which will now oversee the next fortnight of crucial climate geopolitical negotiations at the Red Sea coastal resort of Sharm El Sheikh.

Around 120 world leaders including the UK's Prime Minister Rishi Sunak, French President Emmanuel Macron, and Canada's President Justin Trudeau are all expected to make speeches over the next two days, while US President Joe Biden and Brazil's President-elect Lula are also expected to make appearances at Sharm El Sheikh later this week.

With hopes of a raft of fresh national climate commitments expected from world leaders over the next two days, BusinessGreen has you covered with all the latest updates from the World Leaders Summit at COP27 through our liveblog below.

From Loss and Damage and just transitions to rows over fossil fuel phase outs and carbon markets, we take a look at some of the key lessons for businesses from COP27

Despite breakthrough on Loss and Damage in Sharm El Sheikh Implementation Plan, politicians and business figures warn 1.5C target hangs by a thread after this year's summit