Stephen Woodford is CEO of the Advertising Association (AA), which aims to promote the role and rights of responsible advertising and its value to people, society, business and the economy. Members of the AA include key advertising trade bodies, commercial media owners and tech platforms.

In addition to his main role, Woodford chairs youth marketing agency Livity, is a governor of Ravensbourne University in London, and serves on the board of the History of Advertising Trust.

In a short chat ahead of BusinessGreen's upcoming Net Zero Culture summit, Woodford offers a sneak preview of the panel discussion he is due to take part in at the event, titled: 'What does the public want from business in the new zero transition?'

Have you secured your place at Net Zero Culture on 7 December? If not, visit our website to sign up for your pass here. Limited free places are available for senior corporate executives involved in sustainability, NGO's, national government and not-for-profit organisations.

The great EV armament has begun 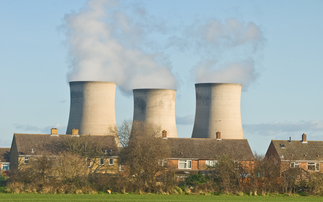