Future Jobs: Why one day we will all be sustainability experts

A photographer by trade, IKEA's Hege Sæbjørnsen explains why a desire to make a positive social and environmental impact prompted a career change

Hege Sæbjørnsen's journey to becoming one of the UK's leading corporate sustainability executives didn't follow the most obvious route.

Having studied design and communications at university, she spent a decade working as a freelance music, portrait, and fashion photographer (it is Sæbjørnsen's shot of Adele on the cover of the singer's debut album, 19). But when the global financial crisis hit in 2008, she experienced an "awakening moment".

"I started to feel I wasn't really contributing to the things that matter to me through photography, even if photography is beautiful and such a good tool to engage people," Sæbjørnsen tells BusinessGreen. "The flip for me was to realise I could use my communications and engagement skills to get people involved and interested in social and environmental topics."

Sæbjørnsen saw first-hand the impact of the financial crash on people's mental health while volunteering with the Samaritans 10 years ago, and came to the conclusion that "an economy built only on profit cannot and doesn't work".

So, she founded her own social enterprise focused on mental wellbeing, and her interest in sustainability issues began to grow. After gradually picking up experience by "learning through doing" across several subsequent sustainability roles, Sæbjørnsen began to search for an organisation with wider influence for expressing her environmental and social values.

"It's funny how the right things show up when you ask the right questions," Sæbjørnsen says of joining IKEA in 2015. "I'm not a typical candidate maybe for some of these roles - I don't have an MBA or an environmental technical degree - but actually having come from that enterprise and social entrepreneurial mindset, IKEA took a risk and said 'we need this energy and you can bring that to working with us'. It's been a fantastic journey since."

The Swedish retailer is both one of the world's most recognisable brands and also a global leading light on sustainability, two qualities which attracted Sæbjørnsen. She recognised that working at a company with such a huge reach could have a big impact on people and the environment. While selling flat-pack furniture and Swedish meatballs to millions of shoppers around the world, IKEA has also pledged to outlaw single-use plastic products across all of its stores by 2020, make sure all of its home deliveries are made in zero emission vehicles by 2025, and power all of its operations using 100 per cent renewable electricity. In doing so it is operating a scale where it can create new clean tech markets and drive green norms across the wider retail and building sectors.

But if the path to her current role was somewhat accidental, the skills Sæbjørnsen picked up earlier in her career - creative thinking, communication, leadership - have nonetheless been key to her role as IKEA's UK and Ireland sustainability manager, she says.

A major part of Sæbjørnsen's "hugely varied" role is focused on developing IKEA's ambitious sustainability targets and putting them into action across its online retail business and soon-to-be 22 UK and Ireland stores. Day to day, that means she and her team of 15 people are responsible for working out how to make IKEA more environmentally friendly and socially responsible, whether that's through outlawing the sale of plastic straws at its stores or encouraging customers to switch to buying 100 per cent renewable electricity at home.

"It's hugely exciting in that we're both driving innovation and shaping the future of the business, because retail is going through a massive transformation due to the growth of digital and online sales," Sæbjørnsen explains. "So in my team at the moment we all have to be impact entrepreneurs - we have to be spotting opportunities and shaping direction whilst running the business and ensuring we are fulfilling on our waste and energy targets. It's very dynamic, but also very creative."

Sæbjørnsen clearly enjoys her work, as it seems do most people working in sustainability. IEMA, the global body for green professionals, carried out a survey of its members earlier this year which found higher pay and job satisfaction among respondents compared to the UK average. What's more, the number of UK green jobs is expected to grow by around two million over the next decade, with young people in particular attracted to this line of work.

Like Sæbjørnsen, many people are increasingly keen to build their careers around work that correlates with their ethical values and can positively benefit the environment. Yet such work is certainly no doddle, she warns, particularly given the sheer size of environmental and climate challenges the world currently faces.

"It's very difficult to do this work if you don't believe in it, because it's not always easy, but at the same time I can't think of anything more important to be doing right now," says Sæbjørnsen. "It gives what I do day-to-day real purpose. That doesn't mean it's easy, but the challenges are worth it for the sense of meaningful contribution. It is exciting, intellectually, emotionally, and creatively stimulating work. It's about design-thinking, finding solutions, and inspiring people."

Sustainability is "not quite the norm yet" across many industries and companies, she admits, but despite the ever growing opportunities offered by green jobs, Sæbjørnsen actually hopes specific sustainability roles become redundant in the not too distant future, simply because almost every job will require sustainability skills to some degree.

"It probably won't be called 'sustainability' in future and I hope not, because I think that's an outdated term already," Sæbjørnsen says. "This is just the new normal. Maybe my role won't exist in five to 10 years' time, and ideally not, because actually the current role of sustainability manager is so integrated into what business now looks like that the role has changed so much. That's what I'd like to see."

This growing integration serves to demonstrate the "massive green jobs opportunity" across the economy, she explains.

"Customers want to live better, more sustainable, happy lifestyles," she says. "But they'll need support with that, as they're busy working day to day and looking after their families. So companies that can address those needs and government policies that enable those businesses to do those things - that should be an absolute, clear direction."

Fitter, happier, more productive: It may not be the norm just yet, but sustainability offers a snapshot of our potential future.

The BusinessGreen Guide to the SDGs: SDG15 - Life on Land

Can green Tories push the next PM to offer more support for insulation and heat pumps? 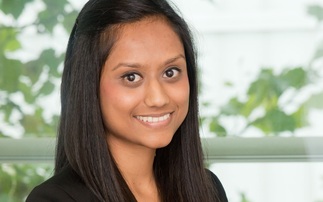 Engineers are on the frontlines of tackling climate change, and as such they need to represent a broad cross-section of society, writes Arup's Divya Bhanderi 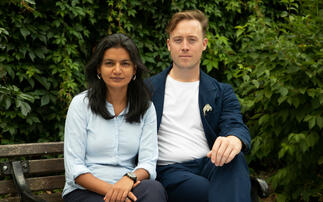 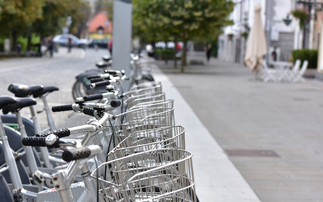 YouGov study commissioned by E.ON finds public is broadly unimpressed by green investments made by local businesses and authorities