'We're getting there': Smart meters on track to reach half of Britain's homes and businesses in 2021

The smart meter rollout has faced major disruption due to Covid-19, but installations are on the up again and experts believe the technology has the potential to unlock the next wave of the net zero transition

Smart meters are set to reach over half of Britain's homes and businesses next year, as the national rollout once again gathers pace following major disruption to installation rates caused by the coronavirus crisis in 2020, according to Smart Energy GB.

The government-backed body, which was set up seven years ago to oversee the rollout of smart meters to homes and businesses across the UK, told BusinessGreen's Smart Opportunities webinar yesterday that around 40 per cent of UK homes and businesses now had a smart meter installed, and that installations were now accelerating rapidly.

Smart meters are seen as a crucial pillar of the government's net zero emissions drive, offering users immediate data on their energy use that can encourage them to embrace more energy efficient behaviours, while also enabling smart grid technologies that can help relieve pressure on the grid at peak times.

Robert Cheesewright, director of communications at Smart Energy GB, said work was accelerating to develop and deploy technologies and systems that promise to further bolster carbon, cost, and energy savings for homes and businesses operating smart meters in future. He pointed to growing interest from energy suppliers in offering time-of-use energy tariffs that can help integrate more renewable energy onto the grid, and the importance of smart meters in supporting the wider electrification agenda to increase the use of electric vehicles (EVs) and heat pumps.

"We're getting there - about 40 per cent of Britain is smart metered now, including households and businesses," he said at the event. "If you looked at 100 businesses across the country, many, many of them would have smart metering in. I think the other thing is the other stuff that's being built on top of it. We're seeing lots of trials and exciting things being built."

The event - titled Smart Opportunities: How smart technologies can help businesses cut emissions and energy costs - hosted a number of experts and case studies on the current status of Britain's smart meter rollout, and the cost, energy, and carbon saving opportunities the devices offer for companies of all sizes.

It follows a disruptive year for Britain's smart meter rollout, with installations suspended in the wake of the coronavirus crisis earlier this year, forcing the government to offer energy suppliers another six months to meet their installation targets, extending the latest deadline to July 2021. Energy suppliers are tasked with installing the devices, potentially facing fines for missing mandatory annual targets. Official statistics show just 137,000 devices were installed by energy suppliers during the period covering the UK's first Covid-19 lockdown between April and the end of June 2020, around 850,000 fewer that during the first quarter of the year.

The smart meter rollout has also faced a series of challenges since its launch seven years ago, forcing the government to dilute its original aim for all homes and businesses to be offered a smart meter by the end of 2020. It has now set a new goal for 85 per cent of homes and businesses to have a device installed by 2024, and earlier this week extended the deadline for a consultation on a new four-year programme of targets which energy firms would be required to meet from July next year onwards.

But installation volumes have once again returned to an upward trend since May 2020 after the first phase of the Covid-19 lockdown, with over 877,000 devices installed in the third quarter of the year. And while there is a long way still to go to ensure all homes and businesses have a device installed, Smart Energy GB is now bullish there is a smoother path ahead for the rollout.

"I think on the smart meter rollout, we've come a really long way," said Cheesewright. "It's been quite difficult, all massive infrastructure is. On the really exciting stuff, where smart meters really come into their own, we're just at the foothills, but that's the stuff that will start saving businesses hundreds or thousands of pounds, and be the difference between whether we get to net zero or not. So it's a long journey ahead, but we're getting there."

For businesses in particular, Cheesewright emphasised the huge and growing benefits to be gained from installing a smart meter in order to learn more about their energy use, and to integrate other increasingly common technologies such as electric vehicles, heat pumps or solar panels to curb costs and emissions - and potentially even sell energy back to the grid.

"All of these things become available to businesses over the next 10 or 20 years, where our daily lives aren't just about consuming energy, but we are we are part of the energy system we can be selling energy back to the National Grid, and to the local networks," he explained. "All of this stuff is really cool. And without smart meters we can't do it."

Earlier this year, the government announced a shift in focus for Smart Energy GB, which from next year will be tasked with building consumer and business awareness of smart meters, as well as energy-saving behaviours and technologies. The body's governance framework, objectives, and funding mechanisms have also been updated as it enters a new phase of the rollout over the coming years.

Daisy Cross, head of smart programme at Energy UK, told the webinar that the key to securing wider engagement from businesses in both installing and making the most of smart meters was highlighting the myriad positive benefits that the devices can offer a company.

"Ultimately, no matter how great smart meters are or how well suppliers target their marketing at customers, it is reliant on the customer opening the door at the end of the day, and then [letting an engineer] into their business or their home to have a smart meter installed," she said, arguing that government, suppliers, and businesses needed to redouble efforts to tell the "positive story" of the benefits smart meters can unlock.

Cross suggested the government and other stakeholders should harness the approaching milestone of smart meter installations reaching 50 per cent of homes and businesses in the middle of next year as an opportunity to push a stronger message on the importance and benefits of the devices.

"That's a really massive success, with lots of customers giving us great feedback," she argued. "Maybe at that point it's time to make a big statement. [Especially as] we've got lots of positive statements generally around the green economy in the run up to COP26."

As the rollout gathers pace, with 22.2 million smart and advanced meters operating in Britain as of the end of September 2020, there is a growing number of examples of positive stories relating to the devices.

"In some cases, it wouldn't be uncommon for us to arrive [at a company], access half-hourly information from utility providers, analyse that for the first time for an established business, and find that maybe as much as 30 per cent of their energy use is out-of-hours or wasted energy," he explained. "And the same lessons translate to businesses of all sizes, so it is great to see that there is more and more of a rollout of smart meters to SMEs and smaller businesses. Again, it is down to the basics of looking at the information that comes back from the meter and acting on that."

The event also heard from Josh Kay and Jamie White, co-founders and directors of The Syrup Room, a small fabricated design business in Bournemouth which had a smart meter installed for the first time earlier this year after the two sought to understand more about their energy costs in the wake of the first coronavirus lockdown.

While business had been booming prior to the pandemic, the sudden downturn saw most upcoming contracts cancelled or postponed and forced the two entrepreneurs to quickly look at how cost savings could be made across the business, which led to the installation of a smart meter.

Kay explained that core to company's work is the use of energy-intensive appliances and lighting, including welders, 3D printers, and wood cutting, and the smart meter quickly allowed the team to realise the savings that could be made by switching them off when not in use, using them at cheaper times of the day, or using alternative technologies where possible. The company also uses EVs, and now has a time-of-use tariff to make the most of peaks and troughs in grid demand, with plans for battery storage and solar panels in the future. All in all, he estimated, The Syrup Room has saved 30 per cent on its energy costs since the smart meter was installed.

"We love new tech," he said. "The dream is to have an off-grid company, so that essentially everything that we can take off the grid will be solely supplied by ourselves, and then potentially put back into the grid… the future is very exciting from the energy side."

Also speaking at the event was Gemma Rippengate, senior executive at technology and product development consultancy AND Technology Research, which has been engaging with companies on how to harness low carbon innovation for around 12 years. She said that while the cost savings and environmental benefits of smart meters and associated technologies were part of the equation for businesses, the main drivers for getting a device installed were in fact geared towards competitiveness.

Rippengate highlighted one example of a butcher she had engaged with who had installed a smart meter that led him to discover that the way he made pies could be made far more efficient. "And then we went and changed his whole pie-making process, which meant he could make more pies, and therefore make more money," she explained.

Looking to the future, too, there are also many more exciting technologies and opportunities that smart meters are opening up, according to Rebecca Lane, a consultant for business modelling at the Energy Systems Catapult. She explained during the event that the innovation centre was working with Q Energy to develop agile tariffs for small business customers to make the most of cheaper periods to use energy from the grid, and with building technology company Arbnco, which is looking to harness smart meter data alongside information about buildings themselves - such as EPC efficiency ratings - to offer advice and solutions that maximise energy savings.

"Both businesses take a very different approach to using that smart meter data," Lane said. "And I'm sure there's many more opportunities to come in the future, to provide services to SMEs to help them reduce their energy, decarbonise their business, and just really get a hold on how energy is being used in their business."

For many businesses - particularly SMEs - a small smart meter device may not at first glance appear a doorway into a more efficient, greener, and prosperous future. But as the old adage goes, you can't manage what you can't measure, and smart meters both enable users to view more data compiled in a single place, while also providing the building blocks for further clean tech advances in future.

So while the rollout to date across British homes and businesses may have been challenging, the payback of having tens of millions of these devices installed will be worth more than their weight in gold as the UK embarks on a crucial decade for the net zero transition, according to Cheesewright from Smart Energy GB.

"The difficulty with running a massive infrastructure upgrade - like smart meters - is that the point at which you need it, you wish you had built it 10 years before," he said. Thankfully millions of homes and businesses across the UK are now planning for the future.

The Smart Opportunities was hosted in association with Smart Energy GB. 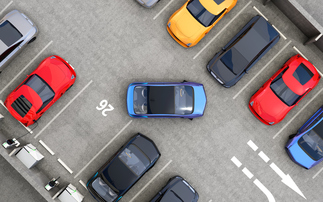