Guy and Abi Fennell have had a busy year. Not only did they launch a new sustainable baby care product company in the midst of a global pandemic, but they had their first child, a baby boy called Ezra.

"It has been a challenge," Guy tells BusinessGreen on a video call from the offices of the newly launched Pura, piles of cardboard boxes peeking out behind him. "But it's been a good challenge. Our mission is to make sure that the British public are aware that the wipes they have been using are potentially made from plastic."

Pura has got off to a raring start, with more than 45,000 orders placed for the company's compostable, plastic-free, and recyclable wipes in its first month, prompting Shopify to dub Pura "one of the most impressive" launches in a year where online store creations have boomed as people's shopping habits moved online.

The boxes stacked in the company kitchen are a recent delivery of Pura's plastic-free wipes, Guy says, destined for friends and family living nearby in Cheshire. But most Pura wipes are sent directly to consumers within 24 hours of an online order, in an attempt to keep prices low, supply chains simple, and life easy for busy parents. Last mile deliveries in London are delivered by electric vehicle in an attempt to reduce the firm's emissions still further.

"Whenever you hear about eco products on the marketplace, they are usually anything between 25 and 60 per cent more expensive than mainstream brands," Guy says. "It was really important for us that we made a brand that is accessible and really easy in the sense that you can order from the sofa at home and have those products delivered to you by next day delivery." Boxes of 10-packs of Pura wipes start around the £20 mark, with customers who take out monthly subscriptions to getting a discounted rate that comes to "around 3p a wipe", according to the company website.

Pura has thus far been fully funded by Abi and Guy, who set aside their careers in the fashion and wholesale industries to dedicate themselves to the venture. In the autumn, the firm is aiming to expand into new products, with a plan to sell nappies that biodegrade much faster than the 200 to 500 years that is standard for the majority of plastic-based nappies produced today. And plans for a pilot kerbside nappy recycling scheme are already underway with Pura working in partnership with Welsh nappy recycling plant NappiCycle and a local authority to test the viability of collection services. The Fennells hope the approach will resonate with increasingly eco-conscious parents, enabling a wider roll out across the UK.

Pura's impressive sales to date point to a growing appetite for environmentally responsible baby care products after years of bad press for disposable wipes, which make up the overwhelming majority of material in the greasy fatbergs that choke sewage systems and cause harm to ecosystems when they breakdown into microplastics when spewed across riverbeds and in waterways.

But Guy stresses that a lesser-publicised fact is that the majority of wipes on the market today have significant environmental impacts throughout their entire lifecycle. With 90 per cent of wet wipes in the UK made from plastic, the products boast carbon intensive production processes. It is also notable that a number of leading oil majors are betting on continued demand for plastics to justify investment in new oil capacity as the transition to cleaner forms of transport gather pace. Meanwhile, at the other end of the lifecycle those plastic wipes that are disposed of correctly in the bin will still either fester in landfill for roughly a century or be incinerated, resulting in further emissions.

"Clearly the big thing over the last two years has been sea plastics and plastic bottles," Guy reflects. "And while it's been great to see the likes of Holland and Barrett and other UK retailers to take the stance to delist plastic wipes - and I admire what they've done - the UK consumer really doesn't know what they are using [when it comes to wipes]".

In contrast, Pura's wipes are 100 per cent compostable and 100 per cent biodegradable - meaning they can go in compost and will biodegrade on landfill. And in order to make this clear to consumers, the company has developed a proprietary 'traffic light' labelling system on its packaging that allows consumers to gauge the wipes' sustainability credentials at a glance. "We wanted a very, very clear message and a message that other brands could use," Guy says.

He adds that Pura "in talks with" the Department of Environment, Food and Rural Affairs (Defra) about banning plastic wipes all together and says he is confident "it will happen, it's just a matter of when". The firm is also speaking to the government about whether the symbols on Pura's packaging could be made compulsory for other brands, he adds.

Thus far, the government has resisted calls from Friends of the Earth and other environmental groups for it to extend its various bans on single use plastic products to include single-use wipes made out of plastic. While a government spokesperson stated in March 2018 that wipes would be amongst the "avoidable plastic waste" set to be eliminated in the 25-Year Environment Plan, it retracted its position three days later, in the wake of media reports of outrage from parents. One parent allegedly tweeted: 'Mate, have you tried wiping a baby's bum with a tissue?'

But the Fennells contend that growing concerns over environmental impacts and the rise of alternatives to plastic wet wipes will allow the government to move ahead with a ban on plastic wipes without eliciting the same level of opprobrium from parents. Guy stresses that the couple understands how important baby wipes are to the lives of busy parents; the inspiration for Pura came, after all, when he and Abi first started thinking about starting a family and noticed - for the first time - a barrage of baby wipes scattered around the homes of friends with newborns. "There were literally brands of baby wipes everywhere - the dog basket, downstairs toilet, the kitchen - these wipes were literally scattered around the whole house," Guy remembers. "I'm an inquisitive guy, and I did some research."

Over the months to come, Guy says, Pura will be working towards fleshing out its pathway to reaching a number of sustainability milestones, including achieving carbon neutrality by 2021, becoming a net zero business by 2025, and achieving B Corp certification.

The firm is currently working to identify the sources of its largest emissions in order to implement a string of mitigation measures over the years to come. While reticent to share the details of research that remains at an early stage, Guy admits that "there is a lot of work to do with our factories and other third parties".

But, he stresses, the company's mission to lead efforts with local and national governments to ban plastic wet wipes and introduce kerbside nappy recycling to the UK are as important to Pura's attempts to chalk off in-house sustainability achievements.

"If you are going to go into an environmental product, you have to make a genuine change," he says. "I want to leave a legacy for Ezra. And if we don't make a change then Ezra will be brought into a world where for his generation - it will just be a complete mess, potentially."

'COP out'?: Why tech firms can step up where countries may fail 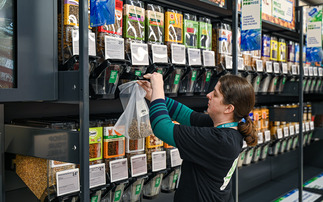 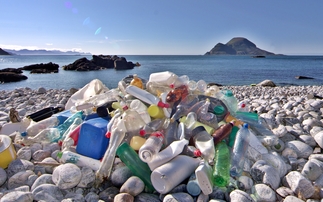 Has a new front opened up in the war on packaging waste? 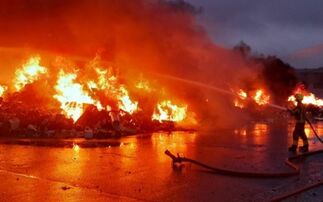