The BusinessGreen Guide to the SDGs: SDG9 - Industry, Innovation, and Infrastructure

BusinessGreen explores how the pledge to 'build resilient infrastructure, promote inclusive and sustainable industrialization and foster innovation' will play out for the business community

9.1 Develop quality, reliable, sustainable and resilient infrastructure, including regional and transborder infrastructure, to support economic development and human well-being, with a focus on affordable and equitable access for all.

9.2 Promote inclusive and sustainable industrialization and, by 2030, significantly raise industry's share of employment and gross domestic product, in line with national circumstances, and double its share in least developed countries.

9.3 Increase the access of small-scale industrial and other enterprises, in particular in developing countries, to financial services, including affordable credit, and their integration into value chains and markets.

9.4 By 2030, upgrade infrastructure and retrofit industries to make them sustainable, with increased resource-use efficiency and greater adoption of clean and environmentally sound technologies and industrial processes, with all countries taking action in accordance with their respective capabilities.

9.B Support domestic technology development, research and innovation in developing countries, including by ensuring a conducive policy environment for, inter alia, industrial diversification and value addition to commodities.

9.C Significantly increase access to information and communications technology and strive to provide universal and affordable access to the Internet in least developed countries by 2020.

Many of the metrics covering SDG9 are heading in the right direction. According to the latest UN update, manufacturing value added's share of GDP has risen from 15.2 per cent in 2005 to 16.3 per cent in 2017, while global investment in R&D has risen by 4.5 per cent a year on average between 2000 and 2015, reaching $1.9tr. The number of people working in R&D has similarly risen 3.7 per cent a year since the turn of the century.

More encouraging still, much of this R&D is having a positive environmental impact. Global carbon intensity fell 19 per cent between 2000 and 2015 as clean energy and energy efficiency gains gathered momentum. Even the carbon intensive manufacturing sector delivered solid progress, improving carbon intensity by an average of over two per cent a year between 2010 and 2015.

Infrastructure spend also continued to improve, with the $56bn invested in economic infrastructure in developing countries in 2016 marking a 27 per cent improvement in real terms on 2010.

At the same time, the high tech and digital revolution continues apace. In 2015, medium to high and high-tech sectors accounted for 44.7 per cent of manufacturing value added globally and reached 34.6 per cent in developing economies, up from 21.5 per cent in 2005. 3G mobile broadband coverage has expanded rapidly, reaching 84 per cent globally and 61 per cent in the least developed countries in 2016. "If this trend continues, LDCs are on track to reach over 90 per cent mobile broadband coverage by 2020," the UN said.

The challenge, as evidenced by the progress against other goals such as SDG6 and SDG7 on clean water and energy, is that huge numbers of people still lack access to basic infrastructure.

Meanwhile, improvements in carbon intensity have not been large enough to deliver sustained reductions in greenhouse gas emissions and concerns are mounting that much current investment in industrialisation and infrastructure, especially in energy and transport, is locking in carbon intensive and unsustainable practices.

R&D investment may be increasing, but as a share of global GDP it stands at just 1.7 per cent, well below the level many experts recommend will be required to build a net zero emission economy. For example, the world's most advanced economies from an R&D perspective, Israel and South Korea, both invest over four per cent of GDP in R&D, while R&D spend in the US and China equates to over two per cent of GDP.

By definition an SDG focused on the alliterative trio of industry, innovation, and infrastructure will have huge implications for both businesses and the ability to deliver on many of the other SDGs.

Business will be required to invest in and develop much of the infrastructure and R&D programmes needed to meet the targets for SDG9, and will also be one of the main beneficiaries of a renewed focus from governments on these areas.

Increased R&D spend will open up new markets and business opportunities, while the specific focus on access to IT infrastructure will unlock huge productivity gains and new markets, especially in emerging economies. Meanwhile, improved access to finance for smaller businesses is likely to benefit the business community as a whole.

However, the biggest implications for businesses are likely to arise from the way in which governments define "sustainable" and "resilient" infrastructure. The targets do not specifically define the terms and the metrics are similarly limited to a promise to assess CO2 emissions per unit of value added.

But if SDG9.1 and its pledge to "develop quality, reliable, sustainable and resilient infrastructure… to support economic development and human well-being" is interpreted in conjunction with the other environmental-focused SDGs then it heralds a transformation in global infrastructure, as well as industrial and innovation strategies.

It is a point further hammered home by target 9.4 and its specific pledge to "upgrade infrastructure and retrofit industries to make them sustainable, with increased resource-use efficiency and greater adoption of clean and environmentally sound technologies and industrial processes" by 2030. It may be qualified by a line stating all countries should take "action in accordance with their respective capabilities", but it still points to a huge and rapid transformation of global infrastructure and industry.

Under the most ambitious interpretation SDG9 implies the phase out of certain environmentally unsustainable industries, a block on new carbon intensive infrastructure projects, and a massive increase in green R&D to tackle emissions from embedded carbon intensive sectors. All of which would have massive implications for the business community, create new markets, and result in significant stranded asset risks.

The risks for businesses arising from SDG9 are hard to quantify given the relative vagueness of the definitions and targets.

The focus on CO2 emissions per unit of value add suggests the trend towards decarbonisation policies will continue creating challenges for carbon intensive sectors, although the lack of a quantified target and the freedom to allow governments to determine what their "respective capabilities" are threatens a two-speed approach between different jurisdictions. The targets make no reference to the risk of "carbon leakage" whereby industries facing demanding environmental standards in one country relocate to regions with laxer regulatory environments.

The pledge to deliver quality, reliable, sustainable, and resilient infrastructure should flag a major shift in global infrastructure strategies with high carbon assets phased out and capital diverted to greener alternatives. Such a move would present a major challenge to certain industries and require governments to step up R&D spend to decarbonise critical industries and develop 'just transition' strategies to better manage the change in the economic mix. The commitment to "upgrade infrastructure and retrofit industries to make them sustainable" implies both a hefty price tag that is likely to borne by taxpayers and businesses, and a huge risk of stranded assets if the process is unevenly managed.

However, there is scant evidence that many governments are yet ready to engage with such a rapid upgrade programme nor impose moratoria on high carbon infrastructure, which presents further questions about whether SDG9 can be met and what failure to meet the targets would mean for the other environment-focused SDGs.

Shifting new infrastructure and industrial development towards sustainable and resilient lines at the same time as upgrading existing infrastructure presents a multi-trillion dollar investment opportunity. The promised focus on resource efficiency should result in huge cost savings and resource security benefits, while any boost to R&D is likely to unlock new innovation and markets. From energy efficiency and carbon capture and storage to smart city technologies and EV infrastructure, SDG9 is likely to drive massive disruption across incumbent industries, creating huge new markets and investment opportunities in the process.

Effective infrastructure development will also unlock wider economic growth, as evidenced by the rapid advances in mobile network coverage and the impact effective public transport networks can have on cities. Moreover, green infrastructure promises to deliver myriad co-benefits, such as improved air quality, well-being, and education.

How optimising solar just got smarter 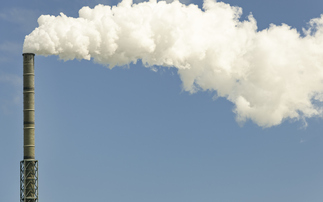 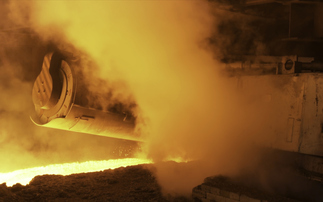 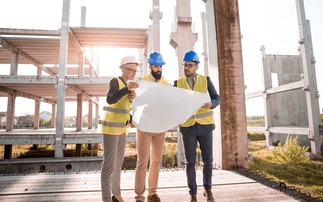