From tumbling renewables records to political dog-fights, James Murray looks at the trends that will define the green economy over the next 12 months

It is the nature of the global fight against climate change that every year is more important than the last, but at a national and international level 2015 promises to be a truly critical year for the green economy.

Several crucial turning points loom where the UK and international community could opt to accelerate efforts to curb global emissions, or alternatively could choose to throw encouraging recent policy progress into reverse. In the UK, May's general election should determine whether a new wave of ambitious domestic green policies is embraced or not. Meanwhile, December's Paris Summit provides a focal point for green businesses and campaigners everywhere, holding out the promise of a new global climate change treaty or the final death knell for the multi-lateral approach to climate risks.

My bet is the growing appeal of clean technologies, the mounting calls from businesses for climate action to be prioritised, and the escalating visibility of climate threats mean the green economy will continue to make progress throughout 2015 and beyond. But the UK election, the Paris Summit, and the huge unanswered questions posed by the collapse in the oil price will inject more volatility into the green business outlook than at any point in the past five years.

Against this backdrop of inherent and growing uncertainty, here are 10 predictions we can make for 2015, with varying degrees of confidence:

One thing we can predict with near complete certainty is that 2015 will see a host of renewable and clean energy records fall. Renewables capacity is increasing in almost every part of the planet, meaning renewables generation and energy share records will continue to tumble.

However, while renewables capacity and generation records are encouraging, the really exciting development will be made in clean energy labs. Scientists are quietly making impressive progress increasing the conversion efficiency of solar cells, with some projects working on thin film cells that could deliver 40 per cent efficiency at ultra-low cost. Similar progress is being made with wind energy in the form of giant offshore turbines and even high altitude kites.

Renewables march into the mainstream will continue throughout 2015.

Green investment has faced a series of significant challenges throughout the global economic downturn, and the collapse in the oil price could yet present one of the biggest challenges yet. But at the same time there are encouraging signs that green investment is starting to enter the mainstream.

For example, the green or climate bonds market exploded last year, hitting around $40bn, and there are credible projections it will top $100bn this year. The implications for clean energy and low carbon infrastructure funding could be transformative.

The promise of Green ISAs, the growing popularity of crowd-funding, and the likelihood that more big name investors will join the fossil fuel divestment trend suggests 2015 will see environmental considerations get an ever greater hearing among the investment community.

3. Formula E will come to London - and it will be great

On June 27th the Formula E series will bring the inaugural electric car racing series to London, bringing with it some of the world's most exciting race cars and a flurry of green publicity.

The series has enjoyed an impressive start and the excitement generated by the city race will further underline the technical maturity of electric cars, not to mention their burgeoning consumer appeal.

As a marketing opportunity for a sector that is currently experiencing exponential growth it is hard to think of anything better.

4. Obama (and Clinton) versus the climate sceptics

The Republican's victory in last November's mid-terms paves the way for the mother of all Beltway battles over US environmental policy.

Obama has used every opportunity to emphasise that he is up for the fight. His approval ratings may be in the doldrums, but while the media has criticised him he has quietly gone about building an impressive green business legacy. The US-China climate pact is banked, a deal with India is on the cards, the EPA is working on emissions standards, and Keystone XL could yet be blocked.

However, with Congress under their control and the party's leadership clinging to its climate sceptic talking points, the GOP has a platform to challenge almost every aspect of Obama's environmental strategy. Obama's decision to use executive action to deliver climate policies and investment means he should be able to face down his critics and continue to drive green growth, but political rows over the environment will provide a constant backdrop throughout 2015.

Crucially, given the 2016 presidential race has in many ways already started, Hilary Clinton has signalled she fully endorses Obama's climate change strategy. 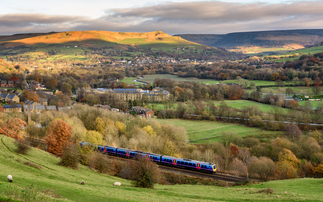