Welcome to the 'Lefty CEN' 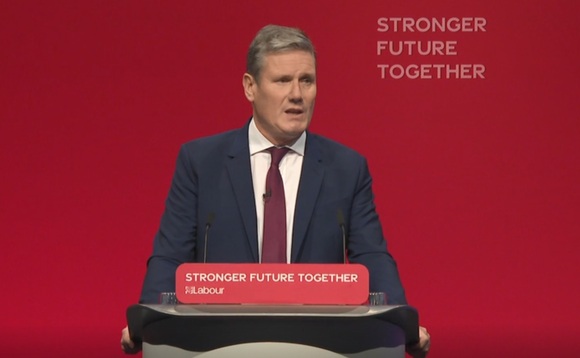 Opinion is somewhat divided in green circles on the role of the Conservative Environment Network (CEN). Some think it has punched below its weight, providing cover for a government that has constantly triangulated to appease its climate sceptic wing. Others argue the precise opposite, asserting that the formation of a visible caucus of over 100 environmentally-minded Tory MPs has provided a critical role in defending and advancing the climate policy agenda in recent years.

Of course, both things can be true at once. But what is not in doubt is that CEN has emerged as a key player in the development of climate policy and the shape of climate politics in the UK. It has deftly navigated the Tory pyschodrama of the post-Brexit years and helped keep environmental issues on the agenda of the Party's leadership.

It has also provided an invaluable forum for stress testing centre right climate policy ideas and orchestrating Parliamentary campaigns, most notably in the form of the recent victory that should result in the de facto ban on new onshore wind farms in England being at least partially lifted.

And the group's role has made the absence of a similar grouping on the left of British politics something of an anomaly. SERA has provided a campaigning rallying point for environmental causes within Labour, but it has arguably struggled to have the political impact CEN has enjoyed. There is no readily identifiable caucus of SERA MPs.

However, that could be about to change with the launch yesterday of the Labour Climate and Environment Forum (LCEF).

The focus of the group is made obvious by the publication of extensive research that again underscores how climate and environmental issues are a major priority for the public and how politicians that are seen to lead on climate action are being rewarded electorally.

But its role is likely prove hugely important for two reasons that extend beyond the research and polling it commissions.

There has long been a school of thought that the left does not need to shout about its green credentials or fight against climate sceptic colleagues in the way CEN has had to. The Greens and the Lib Dems have always played a pioneering role in environmental policy thinking. Labour has been committed to bold climate policies for well over a decade. Why is LCEF needed?

Well, there are senior voices within Labour that are quietly lobbying against Keir Starmer and Rachel Reeves' decision to prioritise their green infrastructure plans. They fear, not without reason, that the £28bn Green Prosperity Plan will be characterised as fiscal proflicacy by the Tories and their media outriders. They worry about being painted as allies of the EV driving, coal mine-closing middle classes, and enemies of Labour's traditional industrial heartlands. They remain unconvinced by polling that suggests voters across all demographics are now exercised by these issues. They are far too serious to worry about such fripperies as life on Earth.

LCEF promises to play a vital role in pushing back against these voices and providing the Labour leadership with the intellectual and political cover it needs to defend its green plans.

Secondly, there is an urgent need for more detailed green policy thinking and stress testing on the left. The accusation that Labour's approach to every problem is more tax and spend may be unfair, but it contains an element of truth. There are also gaps in Labour's green policy programme currently. It may be proposing a world leading low carbon investment programme, but it has remarkably little to say about nature, climate resilience, and the circular economy, for example.

Against the backdrop of the toughest of economic climates, Labour needs some innovative policy thinking on multiple fronts, and while there is a lot of work already going on in the world of think tanks, LCEF can mirror CEN's role by getting policies in front of MPs, building support, and testing the political waters.

A Lefty CEN is a great addition to the green political landscape. It has work to do.