But what happens when the wind does blow? 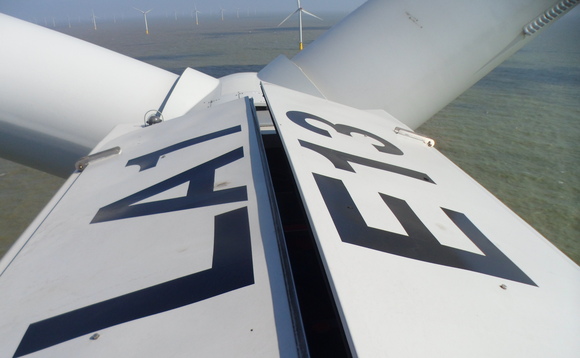 'But what happens when the wind doesn't blow?' It is a question that anyone who has ever advocated for more renewables will have heard approximately eleventy thousand times, with the challenge invariably presented in a mocking tone that suggests the world's best engineers, investors, and policymakers have missed something so blindingly obvious a climate sceptic child could spot it.

The answer - assuming you can resist the urge to sarcastically respond with 'are you telling me the wind doesn't always blow and its gets dark at night, because THAT IS TOTALLY NEW INFORMATION' - is that a suite of technologies will serve to maintain grid reliability even when renewables output falls.

No one is pretending that the unprecedented transition to a zero emission grid will be easy, but some of the world's most talented engineers and entrepreneurs are dedicating their careers to answering the question aggressively posed by the @climatechangeisnotreal keyboard warriors. They are more confident than ever that a mix of battery and long duration energy storage technologies, fuel cells and hydrogen power stations, energy efficiency upgrades, demand response services and smart grid functionality, interconnection with neighbouring markets, and possibly nuclear, biomass, and carbon capture and storage plants can deliver reliable and ultra low emission power at affordable cost whenever the wind is not blowing.

It is also worth noting that the levels of renewables on the grid pretty much anywhere in the world are still a long way short of the level where it becomes genuinely difficult to manage the balancing of supply and demand. With wind and solar costs significantly lower than all forms of polluting generation in most parts of the world, and concerns about the security of gas supplies painfully and tragically obvious, the logical course of action is to build a lot more renewables capacity ASAP.

This weekend the UK provided a snap shot of what happens, as surging wind power generation and a not insigificant contribution from solar farms meant renewables met 60 per cent of electricity demand on Saturday. With nuclear's contribution included, zero emissions power sources met nearly 80 per cent of demand and the carbon intensity of the grid fell to just 66 grams of CO2 per kWh. The grid in the south west went further still, operating with 100 per cent clean power.

At the same time, wholesale power prices that have been hitting historic highs thanks to the chaos on European energy markets fell sharply on Saturday afternoon.

And, as John Taylor from the Greater South East Net Zero Hub pointed out, "UK wind and solar stops the pounds flowing to Putin". Every kWh generated using renewables is a kWh that does not have to be generated using gas, which means lower emissions and, crucially, lower levels of high cost and geopolitically risky gas imports.

But the obvious environmental, financial, and security gains seen whenever the wind blows are just the start of the story. Because if you consider the technocratic response provided to those asking 'what happens when the wind doesn't blow', it is clear that renewables generation provides a key part of the answer.

Periods of surging renewables generation are enabling the emergence of new business models, such as those from Ripple Energy, Octopus Energy, and others, that will help drive the adoption energy storage systems, demand response services, and flexible tariffs into the mainstream. Similarly, when the wind blows and supply starts to outstrip demand, the economic case for green hydrogen rapidly becomes even more compelling, pointing to how hydrogen could potentially one day provide all the long term back-up generation capacity the grid needs. You might have also noticed that the wind blows quite a lot in norther Europe, just as the sun shines quite a lot in the Tropics.

Some have warned that these spikes in renewables generation could result in periods of ultra-low or even negative prices that could cause disruption to the market. It's a legitimate concern, especially when the UK is planning an orders of magnitude increase in renewables capacity and Emmanuel Macron yesterday secured a mandate to build 50 new offshore wind farms off the coast of France. But it is the kind of technical challenge that also presents a massive opportunity that developers are already moving to cash in on. Surpluses of cheap clean power would prove a hugely valuable resource that the hydrogen industry in particular would be well placed to take advantage of. The prospect of industrial 'on-shoring', as manufacturers look to tap into supplies of cost competitive green power, is not necessarily a pipe dream.

What happens when the wind blows? Carbon emissions plummet, power prices fall, innovation gets catalysed, fossil fuel imports fall, and the amount of money flowing to the Kremlin is curbed. As COP26 President Alok Sharma observed this weekend as the UK grid hit 74 per cent zero carbon, "it's working".

'Badvertising': Is the public increasingly turned off by dirty ads?