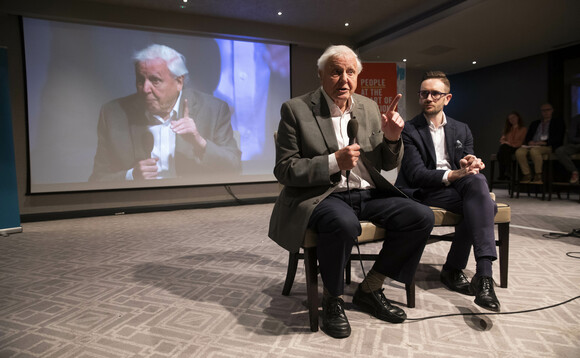 There was a huge amount to like in yesterday's much anticipated report from the UK's first Citizens Assembly. This has been an extremely professional and well-executed endeavour from beginning to end. It has learnt the lessons from successful citizens assemblies in other countries, it has stuck closely to its remit, and it has neatly avoided the inevitable accusations that direct democracy subverts parliamentary democracy by emphasising how the process was only undertaken at the behest of parliament.

The resulting recommendations are also extremely helpful, a mix of the revelatory, the predictable, and the insightful that the government would be wise to "hug close" in the words of the CCC chief executive Chris Stark.

There are few major surprises in the report - indeed the vast majority is in line with the policy recommendations that the government has been weighing for years, coupled with some very useful evidence as to how supposedly controversial policies can play well with the public when they are properly explained. The conventional nature of the policy framework sketched out by the Citizens Assembly is either reassuring or frustrating depending on your mood.

On the one hand, the report provides yet more evidence that the policies required to rapidly accelerate the pace of decarbonisation over the next 10 to 15 years at least are eminently feasible. We may not know everything we need to know to build a net zero emission economy, but we do know a hell of a lot. There is a wide range of policies that are cost-effective, popular, and highly likely to work. There is another tranche of policies that cost a bit more, would be a bit more controversial, and may require some behaviour change or technological development, but they are still deliverable and would command majority support.

The Citizens Assembly shows such policies could work and could prove popular, as long as government demonstrates leadership and takes steps to ensure the costs of the transition are seen to be fairly shared.

And therein lies the source of frustration. The core message from the Citizens Assembly is "get on with it". But it is precisely the same message that has been being broadcast by business groups, investors, MPs, and campaigners for years. It is now 12 years since the UK passed its Climate Change Act, five years since the Paris Agreement made the development of a net zero emission economy a matter of global accord (back when we took international treaties seriously), and 12 months since the UK put its net zero goal on a legal footing. And yet the UK's official decarbonisation plan still doesn't even put the UK on track to meet its old target of an 80 per cent cut in emissions by 2050 and yesterday the President of COP26 Alok Sharma declined to assure MPs that an updated national climate action plan - or NDC in the UN jargon - would materialise before the end of the year.

It is of course true that the government has made considerable progress in slashing UK emissions and deserves a lot of credit for doing so. It is also true that Ministers have a lot on their plate at the moment given *gestures at everything*.

But as the terrifying photos from California this week testify, climate change is not something you can put on the backburner until you get a window in your schedule. As the government could very well discover this winter, you can't impose a pandemic lockdown on flooded homes.

It would be bad enough if the government were failing to wrestle with the really difficult decarbonisation challenges, but over the past two years it has struggled to make progress in some of the areas where relatively easy wins remain. A faster clean energy contract auction schedule, more energy efficiency and electric vehicle infrastructure funding, more demanding green building standards, a CCS hub, a half decent public information campaign in support of lower carbon diets, proper green procurement rules, those agricultural subsidy reforms that have been being talked about for years. A lot of this stuff requires nothing more than political prioritisation and a willingness to sell it to the public. It wouldn't get us to net zero, but it would be a start and it would secure a lot of jobs for the coronavirus-hit economy in the process.

The central call from the Citizens Assembly was for "strong and clear" leadership. Number 10 prides itself on its ability to gauge the public mood. This autumn is the moment to demonstrate that when it comes to the climate crisis and the net zero transition the government is listening.

Global Briefing: Egypt pledges to focus on 'implementation' at COP27