Yesterday morning before dawn a fleet of lorries gathered in an impromptu car park in Kent in order to 'war game' the kind of traffic jam that is expected to result in the event of a no deal Brexit. The Department for Transport had planned to employ 150 HGVs to re-enact the route from the proposed overflow lorry park at Manston airfield to Dover and back again, but according to The Independent's Tom Peck only 89 turned up. The estimated cost to the taxpayer of this exercise in logistical futility? The better part of £50,000.

At the same time as the government was wilfully polluting the air of the Garden of England in an utterly transparent attempt to convince the EU that 'no really, we're definitely ready for massive tailbacks at our primary port', news of a pretty searing indictment of the continuing failure of the UK's domestic green transport policy passed off almost without comment. As a metaphor for where the UK finds itself in the first few weeks of 2019 it is surely too on the nose to make the final edit.

The SMMT's official auto industry sales figures for 2018 were worrying on multiple levels. Most of the headlines were focused on the continuing slowdown in sales for a key strategic industry, but for green businesses and campaigners the concern came from the granular detail contained in the latest data.

You could argue, as George Monbiot did, that signs of 'peak car' are good news for an economy trying to curb its environmental impacts. But it is harder to put a positive spin on the fact that average emissions from new cars rose for the second year in succession in 2018, climbing a chunky 2.9 per cent to 124.5g/km. This increase seems to be driven in large part by the collapse in sales of new diesel vehicles, which campaigners regard as good news for air quality, but there is no doubt that our continued penchant for larger SUV models has also played a part, and either way any increase in pollution from new models that can surely expect to be on the roads for a decade or more makes it ever harder to curb emissions from road transport - emissions which 10 years on from the Climate Change Act being passed are still climbing.

The means for bending the emissions curve downwards is meant to be provided by ultra low emission vehicles, of course, but here too the data is decidedly mixed. Yes, alternative fueled vehicles saw demand increase sharply, even as the rest of the market slowed. But it is hybrids that continue to dominate that particular market segment - greener, than conventional cars certainly, but hardly compatible with deep decarbonisation.

The news for plug-in hybrid was a bright spot with demand soaring almost 25 per cent as new models came onto the market, but growth for pure electric vehicles of 13.8 per cent looks pretty unspectacular compared to the leading markets in Europe. As the SMMT pointed out just over 15,000 EV registrations last year may sound impressive, but it represents just 0.7 per cent of the total market while a growth rate of under 15 per cent is well below the near exponential improvements the market has enjoyed in the past. In contrast, on the other side of the North Sea data from Norway suggests nearly a third of new cars sold last year were electric.

And it gets worse. The government controversially trimmed grants for plug-in vehicles last autumn and the SMMT figures suggest the impact has already been felt. Sales growth for plug in vehicles fell back to 3.1 per cent in November and recovered only partially to 8.7 per cent in December. Compare this with figures from the European Automobile Manufacturers Association suggest that sales of hybrid and electric cars rose more than 40 per cent across the EU during the first three quarters of 2018.

Thankfully any cut in subsidies is likely to prove a pothole, rather than a roadblock for the EV sector. Costs will keep falling, as evidenced by Tesla's decision to respond to similar subsidy cuts in the US by trimming ticket prices, technologies will keep improving, public and corporate interest in ultra-low emission vehicles will keep rising.

However, that does not make it any less concerning that a government nominally committed to cutting emissions from road transport has overseen both an increase in overall emissions from the sector and an increase in average emissions for new cars, before then responding to these trends by making it harder to deploy cleaner vehicles.

Ministers may have been badly burned by the solar booms and clean energy contracts they mismanaged in the early 2010s, but with time running out to deliver deep decarbonisation and much of the competitive pressure in the coming decades likely to come from those nations who drive the clean tech transition simply slashing financial support and hailing savings for taxpayers is not a risk free enterprise.

While other governments across Europe and further afield are doing what it takes to turbocharge their fledgling electric vehicle markets, the UK is at risk of squandering the inherent advantages it should enjoy thanks to its compact geography, relatively clean power mix, and impressive manufacturing base. All the while, Ministers and officials who should be urgently responding to rising emissions are instead to be found orchestrating an emission-inducing traffic jam in Kent for no discernible purpose - and they can't even get that right. 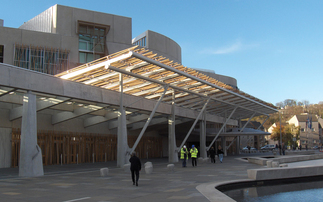 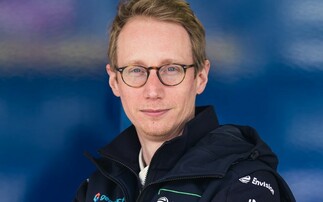 The world of electric motorsport is helping to drive green change away from the racetrack, argues Sylvain Filippi, managing director of the Envision Racing Formula E team 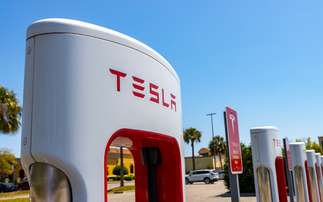