Heathrow and the Jumbo in the room

Can a third runway really be compatible with the UK's climate targets? Depressingly, it looks as if the government has zero interest in finding out

Is there a better microcosm of the British political class' dysfunctional relationship with climate change than its two decade long flirtation with Heathrow expansion?

It's all there. The well-meaning intentions, the clumsy attempts to balance competing interests, the vague awareness that environmental constraints need honouring, the selective blindness to existential risks, the optimistic assumptions, and the logical leaps that take Ministers to the brink of a realisation only to then prompt another decade of inaction. Watching Chris Grayling tell the Commons that the third runway will definitely adhere to air quality and climate obligations is like waiting for a Southern Rail train: an unedifying bare knuckle, pub car park fight between hope and experience in which there is only ever going to be one winner.

Most of all though there is the cloying, self-serving omerta that means what should be the biggest issue relating to airport expansion is barely discussed. As Caroline Lucas was quick to observe, Grayling's initial parliamentary statement on the government's backing for the third runway contained not one word on climate change. Not. One. Word.

His comments on the environment in general were dealt with in a comparatively verbose two sentences. "We will only grant development consent if we are satisfied that a new runway would not impact the UK's compliance with air quality obligations," he said. "Advances in technology also mean new planes are cleaner, greener and quieter than the ones they are replacing."

It is worth noting these supposed reassurances are coming from the same man who is a) said to be lobbying to water down the petrol and diesel car phase out date that would make it a lot easier for Heathrow to meet its air quality goals, and b) recently ditched rail electrification plans on the dubious grounds hydrogen trains may one day materialise. He appears to have a bizarre lack of faith in the ability of the automotive industry to quickly innovate genuinely zero emission replacements for the internal combustion engine, coupled with a touching faith the aviation and rail industry can overcome the considerably larger technical challenges they face in decarbonising.

However, while it is all too easy to criticise Grayling no one comes out of this well. Those MPs who oppose Heathrow and are broadly supportive of climate action, such as Zac Goldsmith, Justine Greening, John McDonnell, and even Boris Johnson, have been reluctant to make Heathrow's climate impact a key part of their attack lines. Presumably because they hate the idea of a third runway in West London, but are much more relaxed about new runways elsewhere.

Ministers with environment and climate briefs whose jobs are about to be made considerably harder are quietly wondering if they can get a seat on the plane for a conveniently timed trip out the country with Boris.

Meanwhile, business groups and unions who have fully acknowledged the scale of the climate threat and have cheered the government on as it has embraced clean tech policies in other parts of the economy are suddenly at the vanguard of those championing the creation of the UK's most carbon intensive infrastructure project in a generation.

All of this has been made possible by the little read part of the Airport Commission's 2015 report backing a third runway at Heathrow, which concluded a new runway could be compatible with the UK's legally binding climate change targets. Grayling may have failed to mention climate change in his Commons statement, but the new Airports National Policy Statement mentions it 54 times. The problem is it says very little beyond 'the Airports Commission said this was OK, so we're going with it'.

But does the Airports Commission really say a third runway is definitely compatible with the UK's climate targets? You can see why a politician desperate to duck hard realities might think that it does. After all, it does state that "an additional runway could deliver significant benefits for the UK without breaching the UK's climate change commitments or requiring aviation emissions to exceed the planning assumption set by the Committee on Climate Change (CCC)". But the operative word there is "could".

The Commission is not making a firm prediction, rather a projection that is contingent on a huge array of different variables and policy choices. As the Commission notes separately "any change to UK's aviation capacity would have to take place in the context of global climate change, and the UK's policy obligations in this area". Or as the CCC put it, gross CO2 emissions from UK aviation would have to be at 2005 levels in 2050 and even then the rest of the economy would have to cut emissions by 85 per cent. That is a target the CCC considered to be "at the upper end of what is currently expected to be deliverable".

Note that all this modelling was undertaken well before the government started considering an even more ambitious net zero emission target for the UK. The UK's "policy obligations in this area" could become significantly more demanding even before a third runway has lodged a planning application. Also note, the rest of the UK economy is currently off track to meet its medium term emission targets and the government is yet to come forward with proposals for closing the gap. Being theoretically compatible with a target and actually delivering on that target are two very different things. I could theoretically win a Pulitzer, that doesn't mean it's going to happen any time soon.

Moreover, the idea that aviation emissions can stay flat even as demand for aviation keeps rising sharply is based on a series of assumptions that allies would call heroic and opponents would call credulous. A third runway might just prove compatible with UK carbon targets, but only if the aviation industry delivers rapid and sustained improvements in fuel efficiency, the use of much cleaner fuels, and significantly higher carbon taxes.

As a 2016 report from the Campaign for Better Transport makes clear these assumptions have significant implications, including soaring ticket prices as carbon levies attempt to constrain demand and the effective end to any expansion dreams harboured by regional airports.

Had climate change been more central to the political debate, at some point the government might have been forced to ask itself what does a climate credible aviation expansion plan look like?

Interestingly, Heathrow itself has attempted to address that very question with a sustainability strategy which may still rely on plenty of those heroic assumptions but at least makes an attempt to wrestle with the scale of the decarbonisation challenge. The strategy majors on electric vehicles and public transport links and better taxiing of aircraft, but it also includes interesting proposals for funding R&D into genuinely low emission aircraft and the kind of effective offset schemes that will be critical to a net zero emission economy.

The problem is that without serious and co-ordinated government backing such a strategy is always going to look underpowered, at which point it quickly gets dismissed as a green fig leaf for unsustainable expansion. To date arguably the biggest commitment the UK aviation sector has made to low emission flight was an ambitious BA plan to create a jet fuel refinery that would turn rubbish into biofuel. It was scrapped in 2016 with the airline blaming the government for failing to provide any meaningful support.

Had the government properly engaged with the climate issue today's announcement would have been accompanied with some, or preferably all, of the following: a Norway-style target to make all domestic flights electric by 2040; a multi-billion pound green fuel R&D fund to make the UK a world leader in low carbon aviation; a commitment to bring the ban on the sale of new petrol and diesel cars forward from 2040 to 2035, or even 2030; a ban on aircraft having their main engines on while taxiing at any UK airport; a roadmap for increasing aviation carbon levies and a consultation on a frequent flier tax; honest confirmation expansion at Heathrow means no expansion elsewhere; the immediate revival of rail electrification plans; a proposal for a national carbon offset scheme to restore upland habitats; and a promise that new policies will be announced by the autumn to put the rest of the economy back on track to meet its carbon targets.

Would such a green aviation strategy make Heathrow expansion compatible with the UK's climate targets? Probably not. It would still be reliant on all those same old heroic assumptions about technological development, future demand, and regulatory resilience. Green groups would still oppose expansion on the grounds that the whole premise additional airport capacity is part of a low carbon economy rests on as yet uninvented technologies. But at least there would be some sort of strategy to help ensure those optimistic projections come to pass.

Instead, the government's current approach is akin to, I don't know, signalling your intention to decarbonise the rail industry with hydrogen trains, and then providing no funding or strategy to actually make that happen. Or acknowledging carbon capture and storage is critical to the decarbonisation of industry and then cancelling the UK's one demonstration project. Or saying climate change is a top priority while simultaneously pursuing the development of a new domestic fossil fuel industry. It is as naïve as turning up at a northern station and expecting there to be a train.

The tech revolution will not be fossilised: Are you prepared? 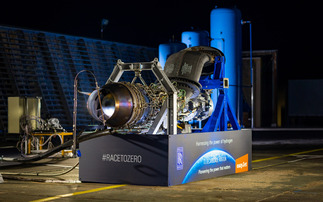 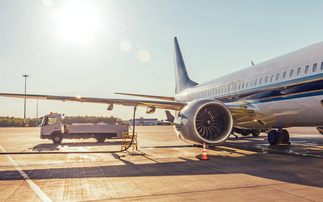 Is the Jet Zero Strategy stuck on the runway? 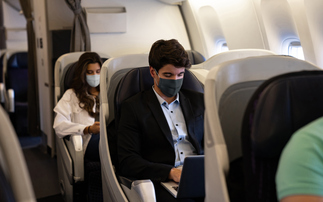