OGCI: A step in the right direction, but still a failure of imagination

It is rare that you can accurately describe $1bn as derisory, but that is exactly what the much trumpeted Oil and Gas Climate Initiative's (OGCI) funding plan is.

It is important to note the promise of $1bn of investment over the next decade from 10 of the world's largest fossil fuel companies is welcome. It will provide a boost to R&D and deployment for carbon capture and storage (CCS), methane reduction, and energy and fuel efficiency measures. It is also crucial to recognise the announcement comes against a backdrop where the likes of Total and Shell are already stepping up renewables investment.

Meanwhile, senior fossil fuel industry executives, some privately and some publicly, are starting to recognise electric vehicles and renewables mean oil demand could peak well before the OGCI programme has run its course. The industry's engagement with climate and stranded asset risk has transformed over the past five years from blunt dismissal to cautious engagement. All the evidence suggests this transformation will continue.

But there is no way to dress this up: $10m per company, per year, with a chunk of it going on tackling methane leaks they should be fixing anyway, is disgracefully short-sighted. It also suggests the oil and gas industry is still failing to properly engage with the immense and potentially existential risks it faces.

Energydesk has had some fun this morning pointing out what this promised investment is less than. It's less than BP boss Bob Dudley's salary, it's 0.004 per cent of Shell's annual turnover, it's a damn sight less than any of these companies spend on advertising and lobbying, and I'd wager it gives the bar bill at certain corporate hospitality events a run for its money.

On Twitter The Crowd noted this morning that if you are going to turn up late for a party you should bring a good bottle of wine. The oil and gas industry has just turned up with a bottle of Blue Nun.

It would be easy to get angry about the microscopic nature of the fund, the focus on technologies and efficiency gains the industry should be delivering anyway, and the clumsy pre-briefing that this investment was to focus on renewables.

But the truly frustrating aspect of the OGCI and the element many investors will be increasingly concerned about is the way in which it does not make great business sense.

Loath as many within the oil and gas industry are to admit it the sector is facing a series of inter-related threats. The policy environment that will flow from the Paris Agreement will make their current business model increasingly unviable, meanwhile electric cars, fuel cells, smart grids, renewables, and next generation nuclear all threaten to eat their lunch over the coming decades.

These forces may combine to push demand for first coal and oil and then eventually gas down within five years, as a Shell industry exec acknowledged this week, or it may take 15 to 30 years. But it is coming and when your investment plans can take decades to deliver a return it pays to take long term risks seriously.

The launch of the OGCI suggests the world's leading oil and gas companies are starting to understand this, but the scale of the funding also suggests they still do not recognise the momentous risks they face. The only way these energy giants can continue to prosper into the second half of the century is through the emergence of cost-effective CCS and a diversification strategy that sees them start to offer genuinely clean technologies. A modest $100m a year, even if it is backed by additional internal investments, is not a credible route for delivering these technologies.

The oil and gas industry will inevitably counter that if a low carbon economy comes to pass they can pivot quickly to operate successfully within it, snapping up clean tech pioneers and adapting their business model to match the new reality. And yes, that may be possible. But it is also a remarkably high risk strategy. Writing as someone who works in an industry that is still battling to adapt to a changed technological landscape, you just have to look at all the shuttered newspapers from the last two decades to know what happens to organisations that do not invest sufficiently in transforming their business models.

The OGCI is an encouraging baby step in the right direction. All investment in clean tech is welcome and the recognition of the strategic importance of CCS to the industry is a positive development, even if $1bn would barely build one power plant. But today's announcement is also an opportunity missed - an opportunity that is as gargantuan as OGCI's new fund is miniscule. 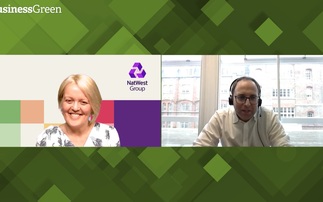 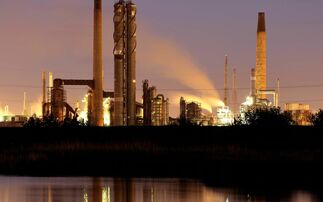