Why lukewarmism leaves me cold

The term lukewarmism has been adopted, I hesitate to say popularised, by Times columnist, coal baron, Conservative peer and former Northern Rock Chairman Viscount Matt Ridley. This month a push has been launched to raise the concept's profile, with Ridley making lukewarmism the theme of the Global Warming Policy Foundation (GWPF) annual lecture that was controversially hosted at The Royal Society. Accompanying articles followed in The Spectator and The Australian, stepping up his attacks on current climate policies. And he then doubled down on his arguments, accusing critics of "frantic polarising on Twitter" and suggesting "there's a deliberate attempt to keep the debate binary and deny the middle position could exist".

For those unfamiliar with the term, lukewarming refers to the belief, in Ridley's words, that manmade climate change "is real but not dangerous". It is only the "middle position" if you accept the two positions it is lodged between - the scientifically discredited view climate change is not real and the consensus view climate change is dangerous - are equally valid, which of course they are not. In reality, lukewarmism sits right at the very bottom end of the temperature projections for this century proposed by scientists through the Intergovernmental Panel on Climate Change (IPCC) and accepted by governments and most business leaders.

However, lukewarmism does have significant advantages over more extreme strands of climate 'scepticism'. It adheres to the scientific consensus on post-industrial warming of the atmosphere and the contribution of greenhouse gases to this warming. It does argue the impact of future emissions will be lower than the bulk of climate models suggest and will have negligible negative impacts (and perhaps even positive impacts) on the global economy this century. But, as Ridley notes, these lukewarm projections tend to sit within the range proposed by the IPCC. It is an optimistic theory, but it draws on some encouraging and credible research, which suggests higher concentrations of CO2 in the atmosphere have led to increased vegetation or 'global greening' and that the climate may not be as sensitive to increases in greenhouse gas emissions as previously feared.

Now, I'm not qualified to pass judgement on Ridley's scientific arguments. If you want to follow the debate his GWPF lecture sparked you can explore how one of the authors of the crucial research on 'global greening' Ridley cites has challenged his analysis, and catch up on the detailed blog post from the Met Office's Professor Richard Betts which concludes suggestions 'global greening' was downplayed by the IPCC are "incorrect and misleading".

But what I do want to address is the argument lukewarmism somehow justifies a major re-think of climate policies, increased investment in fossil fuels, and a slower approach to decarbonisation efforts. Because despite Ridley and the GWPF's suggestion to the contrary even if lukewarmism is a credible theory (and plenty of respected scientists have their doubts on that) it is not actually a very good argument against climate action and decarbonisation. In fact, it's not even close.

For policymakers and businesses the key question when assessing climate risk is not simply which theory or which model is the most appealing, it is what is the credible range of scenarios and what are the related potential impacts? When the range stretches from modest warming that may have some benefits (but could also still spell disaster for low-lying states) to the catastrophic and irreversible collapse of the ecosystems that underpin global civilisation the logical thing from a risk management perspective is to err on the side of caution.

In his lecture Ridley inadvertently acknowledges this logic, declaring that "in non-linear systems with feedbacks, like economies or atmospheres, experts are notoriously bad at forecasting events". "There is no such thing as an expert on the future," he adds, echoing Michael Gove's notorious suggestion people "have had enough of experts". Ridley is right, of course, there are no crystal balls. But his lament about the limits of forecasting comes in the midst of a lecture in which he details at length how he has come to the conclusion "the risk of dangerous global warming, now and in the future, has been greatly exaggerated". It sounds like the confident assertion of an "expert on the future".

The reality is that far from being ostracised, as Ridley and his colleagues like to suggest, the possibility of relatively low levels of warming this century are already integrated into the decision-making of governments and businesses. As Ridley stresses in his lecture his views are within the range of projections offered by the IPCC.

The problem for lukewarmists is serious risk managers don't just focus on the single scenario they like. Faced with an uncertain future, they consider the scenario where global greening and lower levels of climate sensitivity deliver a relatively slow and steady rate of warming this century, but they also have to consider the many other less cheery scenarios. The scenarios where permafrost melt or faltering ocean CO2 absorption rates or forest die off or population growth or myriad other variables lead to accelerated warming. There is credible research in all these areas, and many more, to suggest the middle or the upper end of the IPCC's projections could yet prove accurate. Given what is at stake no sensible government or business would base their response to climate change on a single model, no matter how many columns are written by its proponents.

None of this is particularly complicated. It is the kind of basic risk management we apply every day across our lives and across the economy.

If you are driving a car that is two metres wide towards a tunnel that you can confidently predict is between 1.5 metres and 2.5 metres wide the sensible thing to the do is to slow down until you can be sure a crash will be avoided.

Or, to posit another relevant analogy, it makes sense for banks to stress test their balance sheets against a range of scenarios, because while it is tempting to hope for sunlit uplands it is sensible to also plan for a more challenging outlook. Post 2008 we try to make sure banks are well capitalised because we know even a lukewarm risk of them getting overstretched could prove disastrous.

Of course, we should all hope lukewarmism is vindicated. If global greening continues to accelerate (although it should be noted some experts in this field are yet to be convinced it will), if emissions feedback loops fail to materialise, and if climate sensitivity proves to be low then we will have more time to understand and respond to the climate risks we face as warming edges towards 1.5C above pre-industrial levels (a level, remember, that will still present considerable challenges for many countries). We may even have until much later this century or even early next century (again, remember, the world does not end in 2100 even if most climate models only run to this date) to try and avoid 2C of warming. As such, we would have a little more room to continue to do the things we should categorically not be doing in the event the IPCC's projections for over 2C of warming this century prove accurate. Things like building new runways and opening up new forms of unconventional fossil fuels.

But even if there are reasons to hope lukewarmism has some justification, it is still not a good argument for slowing down efforts to decarbonise and prioritising investment in the fossil fuels that Ridley lauds. There are simply too many compelling alternative scenarios and an absolute necessity to consider them.

At one point in his lecture Ridley declares "suppose I am right", before embarking on a lengthy rant about how governments' "panicked" response to climate risk has resulted in "huge economic costs, which hit the poorest hardest" and "huge environmental costs", such as forest destruction to produce biofuels, increased landscape impacts, and the refusal to provide "poor people [with] the cheapest forms of electricity".

Ridley makes some valid points, even if his long-standing argument clean energy is not the cheapest form of energy looks increasingly dated in the face of plummeting renewables costs in many countries around the world. Policymakers must always be wary about both the potential impact of climate action on poorer communities and negative unintended consequences, such as the impact of first generation biofuels on land use. Thankfully, many of the concerns about the short term impact of climate policies are being alleviated by the falling cost of clean energy and growing understanding of the co-benefits associated with decarbonisation. But that does not mean policymakers should be blind to the risks Ridley highlights.

However, if you are going to base an argument on "suppose I am right", humility and logic dictate you also address what happens if you are wrong.

If Ridley is wrong and warming this century tend towards the middle or upper end of the IPCC range then there are good reasons to believe the attendant sea level rise, extreme weather, and ocean acidification could prove disastrous for the global economy and poverty alleviation efforts.

The comparison Ridley invites with his invitation to "suppose I am right" is in reality no comparison at all. The two scenarios have very different economic costs even before you consider how Ridley's assertions about the high cost of climate action are fiercely contested.

Flawed climate policies may have had some unfortunate and unforeseen costs, but they have not derailed global GDP growth nor had a major impact on the epoch defining reduction in absolute poverty that the world has seen over the past few decades. Meanwhile, effective climate policies such as clean energy auctions and energy efficiency programmes, are delivering multiple economic, health, and environmental benefits. In contrast, if lukewarmism proves overly optimistic and over 2C of warming occurs in the coming decades there is ample research detailing how the impacts for economic prosperity and global security will range from the severe to the catastrophic. Ridley may think these pessimistic projections are flawed, but no business or government can ignore the range of likely scenarios and simply hope the most optimistic outlook is the right one. After all, there are no experts on the future.

In his attack on current climate policies Ridley challenges the idea it is "better safe than sorry". But when "safe" is the emergence of cost-competitive and flexible clean energy infrastructures, liveable cities, green jobs and investment, and the emerging evidence that for the first time since the industrial revolution greenhouse gas emissions and economic growth have decoupled, and when "sorry" is sea level rise, increased extreme weather risks, huge uncertainty about agricultural and marine impacts, and the growing instability of the climate system that has made civilisation possible, then "better safe than sorry" is exactly what you want.

From banking to Brexit, Ridley has a long track record of bringing his self-styled brand of 'rational optimism' to numerous questions regarding future risks and opportunities, but if lukewarmism's projections prove overly optimistic then using them to justify rolling back measures to tackle climate change could be far and away his riskiest idea yet.

Climate sceptics like to suggest their arguments are being silenced or suppressed in some way, but the truth is far more mundane. No business or government with a basic understanding of how to manage risks and cope with uncertainty fixates on a single scenario, no matter how much they hope it proves accurate. Lukewarmism may be worthy of scientific consideration, but as an argument against ambitious efforts to cut greenhouse gas emissions it is remarkably tepid. 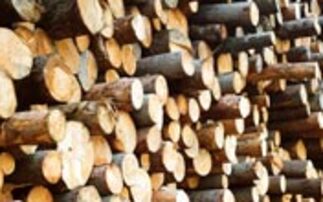