Heat resilience debate needs to move out of the shade

As temperatures soar, productivity plummets - the latest heatwave reminds us proper climate resilience measures should be a business imperative

When I first moved to London my girlfriend and I lived in a flat on a dual carriageway, with cockroaches, above a brothel. A combination of relative affordability (the rent was still a four figure sum each month) and laziness, meant we ended up staying there for five years, until the mouse moved in - that was the final straw. However, none of these privations were the worst thing about the flat. The worst thing about the flat was that during the summer it was so hot it could have provided an auxiliary sauna for the Thai Sauna and Massage parlour two storeys below should the need arise.

The building was south facing and had large windows, which, almost certainly illegally, did not open very wide (not that you wanted to open them that often due to the noise and air pollution from the road below). As a result the building was cold in the winter, but absolutely sweltering on warm summer days - dangerously so.

Over a series of hot days the flat would heat up steadily and without any green space in sight retain the heat until dehydration and exhaustion became a genuine consideration. You could not safely house a small child or elderly relative in such a property. And yet many are forced to do just that.

As the capital bakes in the current heatwave the default topic of conversation for many Londoners has become whether or not their office has functioning air conditioning (many still don't) and quite how unbearably unpleasant the Tube can get. The irritation and drain on productivity is palpable. According to a survey of 1,000 people released this week by engineering consultancy WSP | Parsons Brinckerhoff 83 per cent suffered from "unbearably hot" homes, while 52 per cent said they suffered from a lack of sleep as a result and a third complained they felt tired or unwell the next day. And that survey was undertaken last year, during a summer that was nowhere near as stiflingly hot.

The nature of extreme weather is that we tend to forget about it as soon as it has passed, finding ourselves unpleasantly surprised when it comes round again. But there are lessons that should be learnt from as we collectively swelter.

The first thing to consider is that extreme heat is one of those climate problems where we risk succumbing to the escapism of the future tense. This is not a climate impact that will undermine our economy at some yet to be determined point in the middle of the century. It is happening now.

Yes, any single weather event cannot be directly attributed to climate change, but more frequent and more intense heatwaves is exactly what climate scientists have been predicting. Meanwhile, as the mercury heads skywards the impact on businesses and productivity is there for all to see. Millions of people continue to work and live in offices and homes without air conditioning, with limited natural ventilation and a tendency to overheat. No one can be optimally productive in such conditions and the UK risks seeing millions of working hours lost for want of some pretty simple climate resilience measures. Unless work places can be made more comfortable during heat waves we might even find ourselves in the bizarre position of Jeremy Corbyn delivering a popular and workable policy with his idea to ban working in spaces that are over 30C.

There is a strong case for businesses and town planners to act now to introduce the micro and macro scale measures that can help tackle high temperatures. From simple shading measures, to natural ventilation and properly maintained air conditioning, and green infrastructure and open spaces, a lot can be done at relatively low cost to minimise the negative economic impact of excessive heat.

We also need to consider that if climate projections are even partly right, heatwaves are going to get worse - a lot worse.

The most recent report on the subject from the UK Committee on Climate Change reckoned that by 2050 an average London summer could see temperatures regularly hitting 38 degrees or more with all the implications for health and productivity that would bring. Separate papers have warned the outlook for many tropical countries could be genuinely terrifying. There are credible predictions of temperatures consistently exceeding the level at which people can safely work outside, while one recent study predicting lost labour productivity would hit the global economy to the tune of £1.5tr by 2030. In some South-East Asian countries as much as 15 to 20 per cent of annual work hours are already being lost in heat-exposed jobs.

Consequently, no new infrastructure should be being built without a full consideration of these risks and governments need to start to have serious conversations about the retrofitting that might be required to ensure our offices, homes, and cities remain livable and productive - it is not an exaggeration to say lives depend on it.

A good place to start would be WSP | Parsons Brinckerhoff's proposals for new building and town planning regulations to ensure heat stress risks are considered, wider electrification of urban infrastructure, and much greater support for green infrastructure measures. Such approaches would have a relatively modest price-tag and would deliver massive co-benefits in terms of air quality, health gains, and biodiversity, even before you consider the simple productivity boost that would come with properly climate resilient buildings.

In the meantime, all we can do is sit and wait for the current heatwave to break. The Met Office is this afternoon predicting heavy rain in some areas that could cause localised disruption, but that's a whole other climate resilience story. 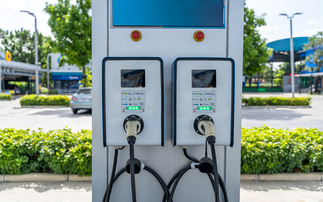 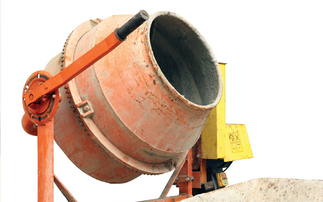