Brexit could be a catastrophe for the green economy, or it could be the start of a brave new era

The risks faced by the green economy are immense, but there is a route forward that could yet strengthen the UK's low carbon business community

What now? If it was ever in any doubt the past few days have made it abundantly clear, there is no plan for Brexit, there never was.

Yesterday Ian Duncan Smith declared the poster stating 'Let's give our NHS the £350m the EU takes every week' was in absolutely no way a commitment to give the NHS £350m a week. He delivered this news with the air of a man who could not even begin to comprehend why anyone would think this pledge should be taken at face value. Tory MEP and leading Leave campaigner Dan Hanaan, meanwhile, was heard to remark that a victory built on concerns about high levels of immigration would not necessarily seek to reduce immigration.

Today, Boris Johnson sketched out the starting point for his EU exit negotiations and in so doing provided a perfect reminder of why journalists should never be allowed anywhere near the levers of power. In a series of pithy one-liners and vague assertions he dismissed concerns about immigration and implied the UK could retain access to the European free market while ignoring the EU's rules, imposing new immigration controls, and drastically reducing the UK's financial contribution to the bloc. It would be funny if it weren't so worrying.

There were good, credible, respectable reasons for leaving the EU, espoused by people with the UK's best interests at heart. But it is hard to overstate how deep the well of contempt could become for those Brexiteers who engineered a post-truth campaign strategy - the damage they risk wreaking to the tattered remnants of trust in politics when they fail to deliver on their mendacious proposals will be something to behold. It will make the public anger at the expenses claims of Michael Gove and co look like the proverbial tea party.

For the green economy there are now numerous questions, 12 of which we've explored this morning and each of which needs resolving as a matter of urgency. But more broadly it is clear there are two ways Brexit could play out for green businesses: one optimistic, and one very, very ugly.

Let's start, given the volatile state of the markets this morning, with the pessimistic possibilities. Johnson's declaration this morning that "the pound is stable, the markets are stable" is proving about as accurate as his campaign's claim we'd have £350m to spend on the NHS. A weak pound may provide a boost to export-focused clean tech firms, but that most tarnished of silver linings will be offset by higher priced imports and the slowdown in investment that will inevitably result from the economic turmoil unleased last week. As an expanding, capital-intensive sector clean tech and low carbon infrastructure could suffer disproportionately as investment decisions are deferred of cancelled.

You might not have thought it possible, but Hinkley Point's prospects now look even worse than they did a week ago. Many environmentalists will see this as an upside of Brexit, but it is worth remembering energy and climate change secretary Amber Rudd has warned failure to deliver the project on time will put the UK's post-2020 carbon targets at risk and could result in higher energy bills. More worrying still, other crucial low carbon infrastructure projects, such as interconnectors and offshore wind projects, could yet be impacted by the coming months and years of uncertainty. Billions of dollars of investment, millions of tonnes of carbon saved, and thousands of jobs are at risk.

The green economy coped relatively well with the last recession. But there are no guarantees it will be able to repeat the trick if a self-induced recession now results. An investment hiatus was already being predicted for the clean energy sector thanks to the government's policy bonfire last year, it could be about to get a lot worse.

Then there is the policy uncertainty. The emergence of the low carbon economy is an attempt to correct a market failure and as a result many green businesses are directly or indirectly impacted by policy interventions. What happens now to EU-originated renewables targets, energy efficiency rules, recycling goals, air quality standards, circular economy strategies, biodiversity protections, and carbon prices? No one knows. Does the civil service even have the capacity to engineer an effective withdrawal from these various policy frameworks? Again, no one knows. The risk is the Brexit negotiations will come to dominate everything, undermining promised domestic work to deliver a new decarbonisation plan, a strategy for nature, a smart meter roll out, and a new wave of renewable energy projects. Again, businesses will suffer as a result.

However, the biggest uncertainty and the greatest risk to green businesses is to be found in the turmoil at Westminster. The only mandate offered by the referendum is for an exit from the European Union, but the climate sceptic wing of the Conservative Party will already be trying to fuel the idea it is a somehow a repudiation of Brussels' environmental policy, the Paris Agreement, and the entire concept of climate action.

Boris Johnson attempted to calm nerves this morning, declaring the UK would continue to work with European partners on "improving the environment". But such a goal runs completely counter to the world-view espoused by many of his Vote Leave colleagues, not to mention the official campaign's transparent hints that it wanted to cut short term energy bills by slowing decarbonisation efforts.

It is easy to envisage a scenario where the new leader of the Conservative Party, whoever it may be, feels obliged to throw the right of the party some red meat in the form of policies that are openly hostile to the 'green blob'. Even if overtly environmentally damaging policies are averted, there is a powerful strain of Conservative thinking that wishes to use Brexit to slash 'red tape' and tax rates as part of a beggar our neighbour, race to the bottom strategy. A snap election against a Labour opposition in absolute disarray could result in five years during which a climate and environmental strategy already reeling from a roll back in renewables and energy efficiency investment and a scrapping of CCS projects is pretty much obliterated. The UK feels closer to a populist pollutocrat government than at any point in its recent history. It is worth noting that the recent political heroes of some leading Brexiteers include climate action refuseniks Australia's Tony Abbott and Canada's Stephen Harper.

However, there is another route forward available, one which rides out the current turbulence and ushers the green economy into a vibrant new era at the forefront of the UK's march into a more outward-facing future.

The templates to look to are those provided by the likes of Norway and South Korea, both of which have sought to carve themselves out a niche as highly competitive clean tech innovators and long term green infrastructure investors.

A common sense consensus appears to be coalescing around an exit from the EU that seeks to retain access to the free market, keep the best European legislation, and give the UK more freedom to foster innovation and business competitiveness. In short, the Norway option.

There are numerous immense challenges to be overcome before such a scenario can be delivered, not least amongst them the fact the EU is likely to include freedom of movement and a continued financial contribution as the most scarlet of red lines in any trade deal negotiation. But if such a deal can be engineered UK green businesses could find themselves with many of the benefits associated with EU membership, coupled with a government free to pursue a more activist green industrial strategy and pro-innovation policies.

It may not feel like it currently, but this optimistic vision is not beyond the realms of possibility. So what is required to make it a reality?

Politically, a functioning opposition would be a good start. The job of Prime Minister in waiting has a few basic requirements: the ability to deliver a speech that doesn't send your audience to sleep, an ability to compromise when necessary, and an ability to conduct an interview without resorting to the condescending tone of someone explaining something very simple to a distracted five year old. Jeremy Corbyn may be a friend of the environmental movement, but he fails on all counts. He has to go. There is a unique opportunity for the left to be competitive at the next election with a vision for a progressive Brexit built on green growth - it should not be squandered.

On the other side of the political divide, Tory centrists do not have long to lick their wounds following the Remain campaign defeat. They need to make it abundantly clear there is no mandate, no political capital to be made, and no public appetite for a rolling back of environmental policies and green investment. They must quickly impose the narrative of a Brexit that prioritises innovation, investment, and competitiveness, not a return to Farageist 1950s nostalgia.

Talk of a rejection of the Brexit vote, an indefinite deferral of Article 50, needs to be shelved. It may be technically possible, but the damage it would do to trust in politics would be incomparable. It is a sure fire route to demagoguery and UKIP holding the balance of power. Without a drastic change in circumstances there is no mandate for a second referendum.

Finally, green and progressive businesses need to roll up their sleeves and make sure their preferred Brexit route is adopted. They start from a position of strength following years of above average growth, falling technology costs, and public popularity. Wind power is already the lowest cost new generation option in the UK, solar power is not far behind, electric vehicles are the most attractive transport technology on the market, the sharing economy is booming, smart technologies are becoming the norm. The green economy has the ability to drive a post-Brexit recovery while also creating the jobs and improved environments that could help tackle the disillusionment and frustration that drove the Leave vote in the first place.

Boris Johnson declared this morning that the UK is "a dynamic and outward-looking economy with an ever-improving skills base, and with a big lead in some of the key growth sectors of the 21st century". Green businesses need to make it absolutely explicit that they represent one of these key growth sectors. They need to call the bluff of those Leavers who said Brexit would result in better environmental protections. They need to show that in a volatile world there is no path to economic prosperity that does not embrace green growth and clean technology. That is the plan we need now.

Co-op Power unveils expansion plans with pledge to save customers over 1,000 tonnes of CO2 a day

Waitrose to ban sales of peat compost from 2022 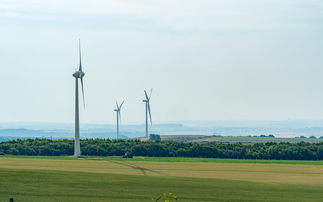 Bridging the gap: What can businesses do to accelerate UK climate action in 2021?

UK plc needs to demonstrate 'aggressive fast and transformative' climate action in the run up to COP26, according to the Corporate Leaders Group 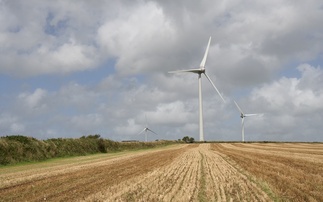