Peabody Energy deploys the 50 Cent bankruptcy defence, but is it credible? 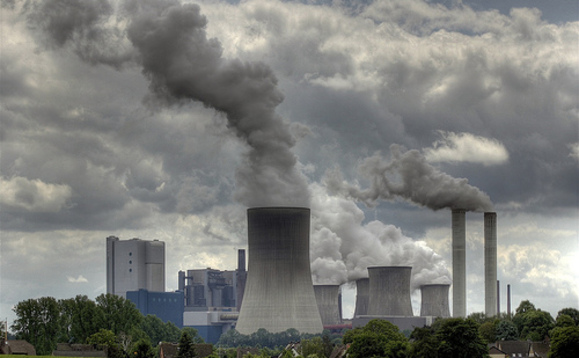 The coal giant appears to think it can bounce back from bankruptcy, but it is downplaying the chances that the industry is entering a period of structural decline

One of the world's largest coal companies, Peabody Energy, has just filed for bankruptcy protection and in doing so appears to have drawn from the playbook of that world famous financial advisor and latter-day Renaissance Man, rapper 50 Cent. Upon filing for bankruptcy last year in the wake of being ordered to pay $5m in damages over a sex tape scandal, 50 Cent downplayed the seriousness of his fiscal predicament, declaring: "Walt Disney has filed bankruptcy. Donald Trump has filed bankruptcy. It means you're reorganising your finances, but it does stop things from moving forward that you don't want moving forward."

A similar level of unerring optimism in the face of the kind of financial crisis that would embarrass lesser mortals was deployed today by Peabody Energy in a press release announcing Chapter 11 bankruptcy protection, which attempted to position the latest in a run of bankruptcies for the industry as little more than a little inconvenient house-keeping for an otherwise commercially successful powerhouse.

"We begin today to build a highly successful global leader for tomorrow," stated Peabody president and chief executive officer Glenn Kellow, presumably wondering why any company would seek to avoid bankruptcy when it is nothing more than a precursor for Lazarus-like recovery. "Through today's action, we will seek an in-court solution to Peabody's substantial debt burden amid a historically challenged industry backdrop," he added. "This process enables us to strengthen liquidity and reduce debt, build upon the significant operational achievements we've made in recent years and lay the foundation for long-term stability and success in the future."

The statement went on to declare the prospects for both the company and the wider coal industry were as rosy as ever. "Multiple third-party estimates project that both the US and global coal demand will stabilize," the company said. "US gas prices are projected to rebound from recent lows. Globally, thermal coal is expected to continue to fuel hundreds of existing coal generating plants as well as scores more that are under construction. Coal currently fuels approximately 40 per cent of global electricity and is expected to be an essential source of global electricity generation and steel making for many decades to come."

Or to paraphrase: "Everything is fine and there is nothing to worry about; apart from the massive debt mountain; the 75 per cent fall in the price of metallurgical coal inside five years, which 'multiple third-party estimates' failed to predict; the slowdown in Chinese coal demand; an uncertain global economic outlook; a decoupling of energy demand and economic growth in most mature economies; the unstoppable march of air quality standards; a gas glut; plummeting renewable energy costs; the international agreement that makes unabated coal completely unviable within a few decades; oh, and the fact we're bankrupt."

In fairness, Peabody's confidence is not completely without foundation. Coal will remain a major player in the global energy mix for several more decades - a market will continue for the company's product and some regions will offer growth opportunities, even if predictions for a giant pipeline of new coal-fired power plants look increasingly optimistic following the Paris Agreement. The company could yet emerge from bankruptcy protection as a major player in a market that is still worth billions of dollars.

However, Peabody Energy is kidding itself if it thinks there is a prosperous long term future for an unreformed coal industry and there are important lessons for all businesses and investors in how successful companies can fall victim to such a delusion.

Firstly, as Peabody has discovered to its cost, environmental issues are not going to go away no matter how hard you wish they would and no matter how many millions of dollars you spend lobbying against green policies. The fossil fuel industry has done a sterling job at slowing down the adoption of ambitious environmental policies, but it has been singularly unable to stop them. The coal industry now faces ever more robust air quality standards, a UK-led global push to phase out coal power altogether, and competition from renewables and gas that is clearly favoured by pretty much every single global policymaker who doesn't live within coughing distance of a coal mine. Faced with such a backdrop it is hard to see where Peabody's optimistic outlook is coming from.

Secondly, things can change very quickly. The coal industry has powered the world for the best part of two centuries, so to see its current travails play out over a five year period will have come as a huge shock to many. But industries can and do wither and die far faster than anyone ever expects, and in a globalised and technology-enabled world demand can shift even quicker than it has done in the past. Renewables, gas, and energy efficiency present a triple pronged threat to the coal market that is only going to increase. In many of the world's major economies coal plants will retire over the next three decades and will not be replaced with coal plants. The industry is therefore pinning its hopes on emerging markets, but here too there are signs demand will not meet expectations. Should those signs prove prophetic the only outcome for the coal sector is several decades of structural decline.

Which brings us to the third, all important, lesson from Peabody's failure: all predictions of the future come with risks attached. The key for businesses and investors is to avoid the temptation of complacency and properly assess and understand those risks.

As Luke Sussams, senior analyst at Carbon Tracker Initiative, observed this morning: "A few years ago, Peabody Energy was telling investors demand for coal was going to rise. Today it has filed for bankruptcy. This is a timely reminder that investors must not accept the demand expectations of fossil fuel companies on face value. The transition to a low-carbon economy is underway, but... the fossil fuel industry still foresees a growing market." The stark reality is the world's governments' predictions for a decarbonising global economy and the fossil fuel industry's predictions for ever more emissions can't both be right. Something has to give and businesses and investors who bet on the wrong horse could easily find themselves emulating Peabody's current woes.

Finally, faced with such risks diversification and innovation are the only answer. Peabody was hit by a combination of external factors - environmental regulations, slowing Chinese demand, increased competition from rival energy sources - but it amplified the impact of each of these challenges through a failure to accept market dynamics were changing so rapidly. The biggest of the fossil fuel industry's many strategic errors in recent years has been its studied indifference towards the need for carbon capture and storage (CCS) - the only technology that could offer it a lifeline in a decarbonising world. The second biggest strategic error has been the failure to recognise the financial risks presented by overcapacity and related overvaluations.

As the auto industry, the IT industry, and even to a (very modest) extent the oil and gas industry, have responded to the climate change threat by tentatively exploring new technologies and business models, Peabody and its now bankrupt peers doubled down on a return to business-as-usual that was never going to come, investing in expansion at a time when there were plenty of credible signals the market was heading for an environmentally necessitated crunch.

Better analysts of coal and celebrity finances than I will have to determine whether it is 50 Cent or Peabody Energy will emerge from bankruptcy protection the stronger. But one thing is clear, in its studied insouciance towards the structural challenges the coal industry faces Peabody still appears to be struggling to heed the lessons contained in its downfall. Investors can't say they haven't been warned. 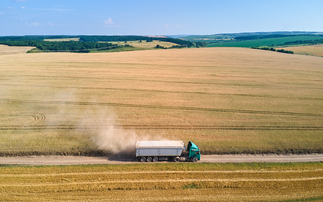 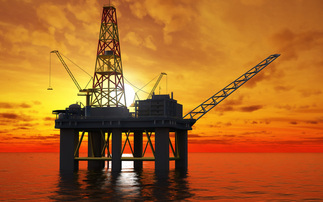