Now we've all come up with lame excuses not to do things: "I'm too tired to go to the gym"; "I'm letting the lawn turn into a wildflower meadow"; or: "Of course I can't shave today, the bigfoot talent show is just months away."

This lackadaisical attitude also goes some way to explaining why the Tank is coveting a shirt that doesn't need washing or ironing for 100 days – although our own PB is at least twice that.

But perhaps the weirdest excuse to postpone climate action comes in the June issue of the Political Research Quarterly journal. It seems that, in the US, belief in a Second Coming of Christ, and hence the end of the world, is a good enough reason not to tackle soaring greenhouse gas emissions, runaway climate change and Donald Trump.

A study by David C Barker of the University of Pittsburgh and David H Bearce of the University of Colorado found belief in the Second Coming of Jesus reduced the probability of strongly supporting government action on climate change by 12 per cent. More astonishingly, The Raw Story website reports that when the effects of party affiliation, political ideology and media distrust were removed from the analysis, the belief in the Second Coming increased this effect by almost 20 per cent.

"The fact that such an overwhelming percentage of Republican citizens profess a belief in the Second Coming (76 per cent in 2006, according to our sample) suggests that governmental attempts to curb greenhouse emissions would encounter stiff resistance even if every Democrat in the country wanted to curb them," Barker and Bearce wrote in their study.

"It stands to reason that most non-believers would support preserving the Earth for future generations, but that end-times believers would rationally perceive such efforts to be ultimately futile, and hence ill-advised," they add, playing pretty fast and loose with the word "rationally".

The Tank isn't at all sure how to deal with people who actually welcome a climate apocalypse, given that sadly we all have to share said catastrophe.

We could mention Pope Francis, who has advocated protecting the environment and reducing energy use, and took his name after animal-loving St Francis of Assisi. We could even point out the heart-breaking futility of spending hours on hold to our broadband provider as proof there can be no higher being.

But then again, what with global financial unrest, a reported increase in demand for exorcists and UKIP rising in the polls, perhaps these truly are the end days.

Carbon Pricing: What is it good for? 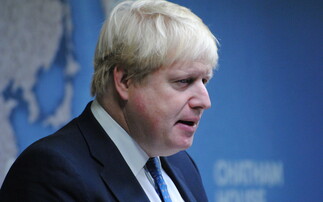 Could 'Blue on Blue' rows determine the UK's green future? 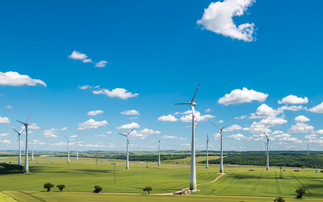 Insurance giant fleshes out how it intends to support transition towards a greener economy, from new insurance projects to climate resilience, response and recovery framework for nations vulnerable to climate impacts 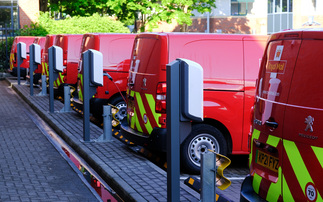