Is everyone on board with your green strategy? The business lesson contained in the Heartland Institute scandal

The surprising thing is that people are surprised.

It has long been suspected that organisation's such as the Heartland Institute are funded by vested interests and tasked with promoting climate scepticism through any and all means, fair and foul. And yet the leaked documents that appear to lay bare the inner workings of the self-styled free market think tank retain the capacity to shock.

The Heartland Institute has dodged the opportunity to deny the authenticity of the documents, allowing green campaigners to declare open season on an influential organisation that has long been the mother ship for a lot of climate sceptic thinking around the globe. (Update: The Heartland Institute later issued a statement insisting that one of the documents was a fake and the others may have been tampered with. However, the DeSmog Blog countered that several of the projects mentioned in the contested climate strategy document also appear in the think tank's budget documents.)

You do not need to resort to the favourite climate sceptic trick of quoting people out of context to make these documents look utterly damning. A project to develop an alternative curriculum for school children has the goal of "dissuading teachers from teaching science", funding is set aside for climate sceptic commentators - "at the moment, this funding goes primarily to Craig Idso ($11,600 per month), Fred Singer ($5,000 per month, plus expenses), Robert Carter ($1,667 per month), and a number of other individuals, but we will consider expanding it, if funding can be found" - the non-governmental International Panel on Climate Change is sponsored to "undermine the official United Nation's IPCC reports", and the aim to "keep opposing voices out" of influential media titles is explicitly stated. (Update: Heartland has insisted these quotes from the strategy document have been faked. However, several of those climate bloggers originally handed the documents insist the organisation has provided them with no evidence that they have been faked.)

I'll leave it to environmental commentators to express the appropriate levels of outrage at these nefarious activities and the extent to which they have undermined progressive green policies in the US and overseas (assuming of course that mainstream media outlets have the decency to give this scandal due prominence). What I am interested in is the lessons this shameful episode contains for businesses.

One of the most shocking aspects of the documents is the list of high profile companies that have joined the mysterious "anonymous donor" in providing financial backing to the Heartland Institute.

I don't doubt many of these organisations will claim they were funding other aspects of the Heartland Institute's libertarian, free market agenda, and that they remain committed to tackling climate change and reducing their environmental impact (Update: GSK has done pretty much exactly that, issuing the statement: "GSK absolutely does not endorse or support the Heartland Institute's views on the environment and climate change. We have in the past provided a small amount of funding to support the Institute's healthcare newsletter and a meeting". Others have subsequently released similar statements).

But what this scandal reveals is that if you are going to commit to developing greener business models, you cannot pick and mix which parts of your business get involved. Failure to enact genuinely company-wide change programmes means you are always at risk of seeing otherwise admirable green initiatives undermined by less progressive activities elsewhere in the business.

Several high profile US firms, including Apple, Pacific Gas & Electric, Exelon, learnt this lesson in 2009 when they quit the US Chamber of Commerce over its lobbying against climate change legislation. Now it looks like several more firms are about to learn the exact same lesson.

Any business that is publicly committed to a greener future needs to know who it is working with, who it is funding, and how its lobbying activities are managed. Failure to undertake this due diligence and ensure all lobbying activities are in line with the company's wider green commitments leaves an organisation facing the risk that one day a conscientious individual will reveal their support for anti-environmental campaigns. In one swoop, any hopes of establishing a company as a green leader can be lost for a generation. And that is the kind of surprise no green executive wants to face.

German government proposes new goal to slash emissions 65 per cent against 1990 levels by the end of the decade, as revamped French climate law moves forward 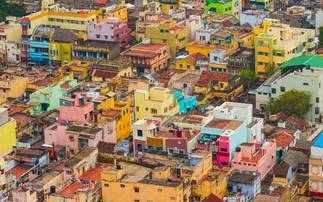 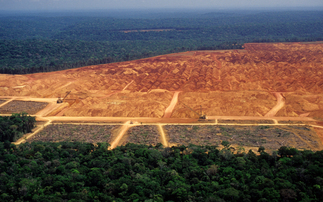