The world has probably run out of superlatives for Tesla's Model S sedan. We all know of an awe-inspiring driving experience paired with a near 300 mile zero emissions range that not only blows competitors out of the water but establishes Tesla as a serious competitor to traditional petrol and diesel vehicles.

Fortunately for enthusiasts, Elon Musk maniacal drive for the ultimate car continues - and the P85D is even more fun.

Tesla has already upgraded its 70 and 85 versions with all-wheel drive D versions that offer a higher top speed. But the P85D adds even more acceleration - taking the 2.2 tonne car to 60 mph from a standing start in just 3.1 seconds. This is a full 1.3 seconds faster than the 85D and 2.3 quicker than the standard 85.

The difference? So-called Insane mode. While not winning any prizes for political correctness, hitting this button gets 50 per cent more power than Sport mode from the combined 683bhp front and rear motors. Musk's promise that the dual motors feel "like taking off from a carrier deck" is not too wide of the mark - as the rather industrial language in this compilation of P85D Insane Mode reactions attests.

On our drive, every red traffic light signalled the start of a roller coaster that forced us back into the newly-designed 'next generation' seats, as the motors deliver 100 per cent of peak torque from the off to leave commuters gawping in our wake.

For all the ‘insanity', the driver is never out of control. The low centre of gravity created by concentrating the heavy battery between the axles means the P85D sticks fast to the road, while on snow and ice the traction control system can transfer torque or regeneration forces to and from each wheel on the same axle.

And amazingly, while a regular 85 has a range of around 310 miles, adding around 306bhp and a front motor only sheds 10 miles or so.

But along with the performance that gives the P85D its name, you can expect comfort too. Newly available executive rear seats have marginally lower cushions to give greater headroom, as well as ‘two zone' heating. Through the 17 inch central monitor you can open the sunroof to a certain percentage, direct the sound system to focus on a particular point, and even set your suspension ride height, all with a drag of your finger.

The 3G-enabled system can store up to 10 driver preferences and learn your calendar so it is charged and warmed up ready to go almost before you remember you're off on a trip. If there's traffic it will even let you know you need to set off early.

Cruise control is an optional extra, and while the car can technically park and even drive itself UK legal issues mean these features do not work over here just yet.

The cargo space at the front is slightly smaller than in a typical Model S due to the front motor, but this is a pretty minor quibble given petrol or diesel alternatives will only have a boot.

Starting at £79,900 - £16,000 more than the 85D - the P85D does not come cheap and whether the performance is worth the extra cash is up for debate.  But of course, it is eligible for the usual electric vehicle tax breaks and benefits - company car buyers are entitled to a 100 per cent first year allowance (FYA) and five per cent benefit in kind on top of the standard £5,000 grant off the list price and no VED or congestion charge to pay.

So with right hand drive versions of the P85D set to land in September, it's easy to imagine fleet managers will come under a lot of pressure from enthusiastic executives to add the P85D to their company car lists.

US can meet carbon targets without Congress, says report 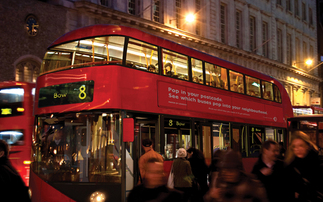 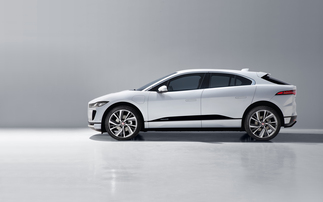