Modern-day windcatchers: How we can protect ourselves and the planet against heat

Government, business and consumers must work together to slash the emissions of air conditioners and fridges as temperatures rise around the globe and demand for 'cooling systems' snowballs, argues Arçelik CEO Hakan Bulgurlu

One remarkable quality of the humankind is that we strive, endlessly, to improve upon our life experiences.

Some thousands of years ago, people of the Persian Empire built strange towers with one goal in mind: to cool down. These structures, called windcatchers, worked to funnel the air below, creating a flow through the building, until the warmer air leaves the tower.

The technology leads back to the days of Ancient Egypt, but its unique design and nature-friendly way of improving the lives of those around is a clear and hopeful image for us today.

As the climate crisis worsens, the world in which we survive, conduct our businesses, live our lives is heating up. July was the hottest month on record, making it difficult for people in some regions - particularly the vulnerable and the elderly - to make it through the day.

This year more than ever, it felt like the noose was getting tighter. Whilst Greece and California battled wildfires that are beginning to feel horrifyingly inevitable, smoke from wildfires in normally icy Siberia reached the North Pole in a historic first. It was a clear sign - if the depths of Siberia can succumb, no place on earth is exempt from the impact of the unsettling rise in air temperatures.

As a response to the devastating heat, people are turning towards cooling solutions, and are desperately seeking ways to make their homes, offices and leisure spaces more livable. What was once a must-have in climates like the Middle East is now fast becoming a staple in households stretching from Japan to Germany.

Today, many households - even in the hottest climates - are yet to purchase an air conditioner (AC). In Japan share of households with ACs are at 91 per cent, with US and Korea following. In Indonesia this number drops to nine per cent; in South Africa six per cent; and in India as low as five per cent. Currently, worldwide, an estimated 3.6 billion cooling appliances are in use.

Why is this a concern? With global warming making some regions uninhabitable during the hot season - particularly for vulnerable populations of elderly citizens and those with chronic diseases - cooling solutions will become essential. While the pandemic slowed down economic progress, emerging markets continue to see an increase in the middle-class. If India, for instance, maintains a 7.5 per cent annual population growth until 2030, there will be 500 million people becoming a middle-class citizen for the first time with a significant increase in purchasing power.

According to the International Energy Agency, by 2050, around two thirds of the world's households could have an air conditioner. Half of those ACs will be located across three countries: China, India and Indonesia. Numbers by the United Nations Environment Programme show that the total global stock of air conditioners could increase to 1.5 billion units by 2030 - and these estimates are likely to grow further as global warming rises.

This increase in cooling will give way to two very clear, very evident results: a spike in energy demand, and a spike is carbon emissions. The energy demand caused by cooling products will triple by 2050. In certain countries with hot climates, ACs and cooling features can represent up to 70 per cent of residential electrical demand.

According to the OECD, carbon emissions from cooling have tripled since 1990; reaching the total emissions of the whole of Japan.

It is becoming increasingly clear that ACs will become a lifeline appliance in households, and cooling technologies such as refrigerators carry an immense significance for survival in warmer climates. The question here is: if we can't give up these energy-consuming, emission-prone technologies, what can we do to make them more sustainable?

Sustainable options to increase the quality of life

The situation is complicated but not entirely hopeless. Given that the projected surge in cooling is coming from the emerging countries, companies that do business in these markets carry an immense responsibility to enforce impactful changes.

As members of the UN Cooling Coalition, we constantly monitor and assess our contribution to this initiative, which seeks to provide environmentally-friendly, efficient cooling for all.  Not only that, but our membership to EP100 - a group of companies working to lower their emissions and energy consumption - pushes us further in the direction of energy-efficient, sustainable technologies.

At Arçelik, our products - including cooling options such as ACs and refrigerators - focus heavily on energy efficiency. With impending energy legislation in Europe, we are carrying out studies on compressor efficiency, heat exchanger efficiency, fan efficiency and inverter technologies to reduce energy consumption and CO2 emissions - not just in the continent, but across the globe. In Pakistan, for instance, with our brand Dawlance, our aim for average AC energy consumption is to reduce 19 per cent in the next eight years.

The Future of Cooling IEA report suggests that if the right efficiency measures are taken and energy-labelling and performance standards in emerging markets can catch up, total energy efficiency of ACs can double by 2050. If an energy revolution can take place simultaneously with these measures, we may record significant reductions to carbon emissions.

The solution here cannot be simple or one-sided.  Governments must take transformative steps towards stronger regulations and provide higher incentives for greener practices in cooling. We need companies to adapt to tougher energy-labelling and performance standards. And finally, at the end of the line, we need socially and environmentally aware customers that are willing to find the middle ground: energy efficient products that will allow them the much-needed better quality of life.

These may be the coolest summer days of our future. We need to act now, in finding ways to sustain our existence, to enjoy our lives and to protect our planet: simultaneously, in cooperation and in unity.

Net Zero Festival: The role of finance - Unlocking the trillions 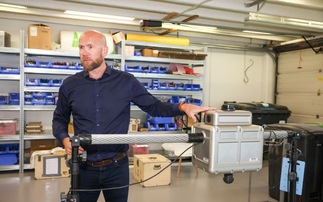 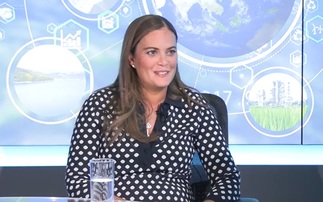