Clear and present danger: Why business leaders must take a more active stance on the climate crisis

Until recently, most of us thought that the climate crisis was far away. A threat that was still in the future, with consequences happening somewhere else, with melting poles, small island communities affected by sea level rise or drought in the global south, far away from our robust, modern societies.

As documented by the latest scientific report by the Intergovernmental Panel on Climate Change (IPCC), we are all already besieged by a clear and present danger.

At the end of July, CNN's Angela Dewan reflected on how the developed world in a short time has become part of the front line of the climate crisis. Within the span of a few weeks, temperatures in normally cool parts of Canada rose to up to 50 degrees Celsius. In the USA, 80 uncontrolled fires burned down areas ten times the size of Norway's capital Oslo. In Germany, Belgium and Austria, heavy rains created floods that have killed hundreds of people and destroyed buildings and bridges that had lasted 100 years.

The next UN climate summit, COP26, will be held in Glasgow in November. The Paris Agreement is the framework for a future world in which global warming remains below a level we can tolerate. The path there, however, is both complicated and contentious. We can't seem to agree on who should be responsible for what levels of emissions reductions, which measures to implement, the pace of change or how to finance it.

Looming large over COP26 is a new report from the IPCC. The report warns that close to two billion people live in areas that may be affected by heat waves that will exceed the limit of human endurance.

In other words, two billion people live in a place where humans can't live. The potential destruction and loss of human life is of a magnitude we usually only see in nuclear war scenarios. The threat of nuclear war, most acutely felt during the Cuba crisis in 1962, contributed to the Non-Proliferation Treaty (NPT) of 1968. It has three purposes: nonproliferation, disarmament, and peaceful use of nuclear energy. The treaty is monitored by the International Atomic Energy Agency (IAEA).

But nuclear war is not climate change, and the NPT is not the Paris Agreement. What makes it difficult to work on concrete climate measures is the myriad of conflicts of interest, where all countries on the global can contribute both to the problem and the solution. Nuclear weapons and disarmament was about a fairly clear-cut superpower conflict where the two largest powers could dictate the terms and in many ways order their allies to march in step.

The gravity of the threat, however, remains the same. Billions of lives stand to be affected, not to speak of animals and ecosystems from the top of mountains to the depths of the sea.

And this summer, it's become clear that this is not just about small island states, it's about all of us. Climate change is at our doorstep. The problem is far greater than what we might have allowed ourselves to believe.

Committing the countries of the world to the goals of the Paris Agreement was an uphill battle. Agreeing on concrete measures is proving even more difficult. Moving forward, our goals need to be two-fold: Combatting climate change, and climate change mitigation.

This will require increased efforts from all of us. It's not just a government issue. Civil society and businesses must join the fight. One of the most encouraging things happening now, is that global investors are increasingly looking at green investment opportunities and are steering clear of fossil energy production and fuel consumption.

One tool we can take with us from the fight against a nuclear Ragnarok is the civilian mobilisation for nuclear-weapon-free zones. We can work for fossil-free zones in society, like fossil free value chains and areas. Create more national parks and reserves, fossil free towns and cities. Protect vulnerable areas from fossil fuel exploration and production, as President Joe Biden wants for the Arctic. This in turn can inspire more comprehensive agreements on how fossil fuel producing countries can limit their production.

But to be frank: The extreme situation in reality demands a much more aggressive approach. We need to reach higher. We need a stop to coal everywhere and further exploration on fossil fuel. This is a message business leaders must convey to governments and fossil fuel companies. Fossil fuel companies that neglect this necessary shift will fail. The same equation will apply to fossil fuel producing countries.

The fact is: Whether we live in forested areas of California or Canada, in flood-prone areas of China and India, in coastal cities on all continents, in ancient Central European inland towns, in arid villages in Bangladesh, Pakistan and large parts of Africa, we are affected by a climate threat that is both clear and present.

We cannot afford to be passive, it's time to step up and strive to be net positive.

Paul Polman is co-founder and chair at IMAGINE, Steffen Syvertsen is CEO at Agder Energi, and Bjørn K Haugland is CEO at Skift Business Climate Leaders.

'Net zero is not enough': Why climate experts are calling for 'net negative' emissions strategies 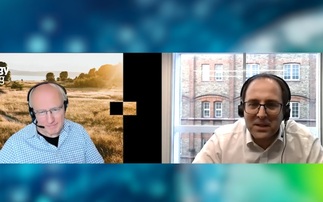 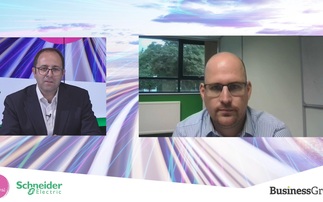