After this roller-coaster year on the global climate change agenda, the UK government has clearly recognised that we're going to have to go further and faster on transport decarbonisation. It's increasingly obvious, though, that this challenge is inextricably interlinked with the overall energy decarbonisation challenge.

After June's landmark net zero emissions law was passed, the UK announced that it will publish the UK's first Transport Decarbonisation Plan "to bring together a bold and ambitious programme of coordinated action needed to end the UK's transport emissions by 2050".

In stating its agreement to the Committee on Climate Change's recommendation on net zero by 2050, the last government said it will develop a ‘ground-breaking plan to achieve net zero emissions across every single mode of transport'.

Due to be complete in 2020 - ready for COP26 - the plan was to set out in detail what government, business and society will need to do to deliver the significant emissions reduction needed from all modes of transport, but with road vehicles clearly first in line for action. At the tailpipe, we already have two working solutions for zero emissions: electricity and hydrogen fuel cell, making the transport challenge an energy (not vehicle) problem.

The answer to the challenge of how we can decarbonise the transport sector has, particularly recently, been dominated by growing the use of electricity and batteries - increasingly attractive as a solution since the supply of intermittent, low carbon, renewable electricity has been growing fast. ‘Electrify everything' has been a growing refrain from policy makers excited by the rate of progress in vehicle and related infrastructural solutions.

There are indeed some exciting and probably vital prospects as the energy and mobility sectors merge more closely together. Vehicle-to-grid, vehicle-to-house, supplier managed charging and a panoply of inter-linked opportunities are emerging, many of which are being assessed under the remit of the LowCVP-convened Electric Vehicle Energy Taskforce which will launch its first report in the new year.

However, while there are already clear signs that electrification also has a place beyond the car and van sectors (in buses, for example), there remain some resolutely hard-to-electrify applications in road transport (and, beyond LowCVP's remit, in shipping, railways and aviation too).

Hydrogen represents a major potential opportunity for larger, long-haul road transport operations (and rail, marine, aviation) where electric solutions are more challenging, and may remain so. Hydrogen is an energy dense medium (having one of the highest energy density values per unit mass) so it is well suited to uses where a large amount of energy needs to be held in a space or weight-constrained situation.  However, it is also a challenging substance both to make and to store. So, while the hydrogen may not weigh much, it's (typically pressurised) container certainly does. Unlike batteries, however, the relationship is not linear, so the larger the amount of hydrogen the less the relative weight of storage.

The supply of low carbon hydrogen from both ‘green' (derived from renewable energy through electrolysis) and ‘blue' (produced from natural gas, using carbon capture and storage) will need ramping up over next 10 years, with infrastructure strategically located, if sections of transport are to be hydrogen-powered.

A key ‘issue' will be to identify if there is a ‘sweet spot' for hydrogen; to enable the conditions for its use in road vehicles to achieve low greenhouse gas emission emissions through the whole life cycle. Considerations will need to be given to how and where hydrogen is produced, its transportation and which types of vehicle it will power as well as their journey profile.

Today an interesting innovation battle is under way to determine the HGV system for 2050. I think few would bet against using an electric motor to drive our future trucks, coupled with at least a degree of battery storage for regen energy capture. The 'energy‘ system to power those vehicles over long distances currently seems likely to appear in one of three forms: Big batteries with even bigger chargers (but maybe smaller vehicle payloads); Big fuel cells with hydrogen tanks to match; or smaller batteries but big overhead power-line investments to deliver the energy ‘just in time'. Each of these options would represents a significant infrastructure investment, so at some point we will have to ‘pick a winner' rather than build all three.

Predicting the technology future is clearly difficult, but some battery technology roadmaps anticipate a breakthrough in cell chemistry by 2035, potentially giving batteries sufficient energy and volume density to serve effectively in long-haul trucks. If and until that occurs, hydrogen could help fill the gap in specific applications and may continue to operate in tandem even if there is a battery breakthrough.

But, perhaps, even more important for us to consider now is the production pathways of the energy required as it is this more than anything else that will determine the carbon emissions produced.

The Renewable Transport Fuel Obligation (RTFO) - which enables the UK to meet the transport elements of the EU Renewable Energy Directive (RED) - has been the mainstay of transport fuel decarbonisation efforts to date (delivering savings far in excess of the EVs currently on the road). But with the move to zero tailpipe emissions, this policy tool has introduced a new ‘development fuel target' which includes hydrogen produced from ‘non-biological origins'. This should help stimulate the supply of low carbon hydrogen and also serve as a positive signal to investors.

The rapid decarbonisation of the electricity grid will also have a key part to play in enabling the deployment of low carbon hydrogen pathways. Electricity and hydrogen may work in parallel as energy vectors for zero emission transport solutions and, indeed, for total energy system resilience and storage at a national scale. However, I think it's likely there will be more focus on battery electric vehicles in the light duty sector, with hydrogen fuel cell vehicles possibly being adopted for heavier, long-distance vehicles (HDVs). However, the inherent inefficiency of making hydrogen from renewable electricity is likely to mean hydrogen use takes place only where neither direct delivery of electricity nor battery storage can be made to work.

In the nearer term, the two technologies may well converge in the form of range-extended HDVs. The air quality agenda rightly encourages the adoption of electric drive in urban environments where the benefits are greatest in terms of emissions and efficiency gains. Today's Euro VI combustion engines do still provide a very effective range-extender solution for longer distance.

Importantly, life cycle sustainability criteria incorporating not only the ‘well-to-wheel' efficiency but also the vehicle production (and disposal) impacts will become an increasingly critical factor in determining the development and deployment of future low carbon fuels and vehicles. The competition and costs of manufacturing resources may become the determining factor in battery capacities and, hence, the choice of transport energy system.

Decarbonising heat and transport - two of the greatest challenges on the road to net zero - could provide the commercial rationale for enabling low carbon hydrogen to be produced at scale. The national gas grid already provides a ‘virtual' pipeline for biomethane injected into the grid, supporting transport applications; the same could apply to low carbon hydrogen so certification of ‘green hydrogen' will become increasingly vital in giving both transport operators and consumers confidence and assurance that the fuel they are using today is truly low carbon.

For now, a focus on delivering lower carbon energy into transport and maximising the system efficiency means electricity dominates. The design of our future society and the infrastructure, energy and transport to support it, mean hydrogen still has everything to play for.

BNP Paribas to end all coal investments worldwide by 2040 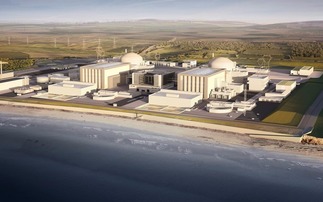 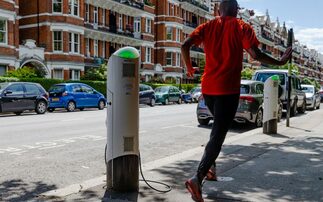 Tap and Charge: Visa joins forces with JustCharge in bid to boost EV take up

Cardholders will be rewarded for using the chargepoint rental app's network