Companies must embrace COP commitments - government can't do it alone

ClientEarth's Alice Garton argues we need a new way of doing business, one that involves changes to governance - not more greenwash

At Davos in January, world leaders explored the economic issues we're facing and what we can do about them. One thing was clear - we need a new way of doing business.

Climate change is topping the list of issues we face as a generation. Its urgency was acknowledged at the historic UN conference in Paris in December. 195 countries - many of them oil-rich economies - committed to keeping the global temperature increase to well below 2C, and ideally 1.5C, above pre-industrial levels.

The Paris Agreement signals the end of the fossil fuel era. It shifts the entire world economy and it has huge implications for business. The transition to a net zero carbon economy starts now. Governments have committed to climate goals, but the scale of the transition required is such that governments can't do it alone. We need business to fully commit too.

Before Paris, the world saw unprecedented numbers of private-sector businesses commit to climate goals of their own. 2,043 corporate commitments were registered on Non-State Actor Zone for Climate Action, and 1,200 organisations signed the Paris Pledge for Action. But we also saw plenty of private-sector inaction - on a global scale.

And how many of the thousands of corporate pledges were just greenwash - companies seizing the opportunity to affirm environmental goodwill without lasting commitment behind it? Where should the public and shareholders seek reassurance that those promises will be upheld?

If we're to make real progress in the wake of Paris, we need the COP21 commitments to resonate through both state and corporate policy.

A company's successful transition to a net zero carbon economy should be central to its planning. It should influence executive remuneration, dictate board members' decisions and determine a company's ability to compete in the investor and consumer marketplace. Too few companies are doing this - or even aspiring to it.

So how can we make sure Paris lives on, loudly, in company decision-making?
Every company has a constitution - also known as articles of association, or by-laws - a set of governing documentation that lays out the principles the organisation must adhere to, and its objectives. The company, and its management, must follow these governing principles.

But a company has the power to change its constitution. And in many jurisdictions, this change can be made at a general meeting with shareholder approval.

The law permits companies to incorporate the climate goals governments made in Paris into their corporate constitutions. This demonstrates, publically, that the company is genuinely committed to the transition required. But also gives it competitive edge. Companies who continue without addressing the issue of climate change will find themselves facing the pressures of mounting investment risk.

In many ways this proposed provision simply reflects existing law. In the UK, directors have a duty to promote the success of the company and consider the likely long-term consequences of any decision. There is no longer any doubt that climate change poses material financial risks to many companies - and this means company directors are under a legal duty to adapt their business models to these risks.

This is not to say that every corporation has the same scope to act. Just as the Paris Agreement reflects a country's capacity to act on climate, so must an additional clause in corporate policy allow for flexibility in approach. It must give scope to directors to act in the ‘best interests' of the company, and to an extent that makes sense dependent on the company's size, sector and location. Directors are, after all, best placed to make these decisions.

We could use wording that recognises this - and almost exactly echoes Article 2(1)(a) of the Paris Agreement:

"The Company will undertake its business in a manner consistent with the objectives of the Paris Agreement (in so far as they relate to the Company's business), in particular, the objective to hold the increase in the global average temperature to well below 2C above pre-industrial levels and to pursue efforts to limit the temperature increase to 1.5C above pre-industrial levels."

Incorporating this duty into a company's constitution would act as a clear signpost to shareholders, stakeholders and other customers that management's commitment to the Paris Agreement is absolute.

Governments can't make this shift alone. We cannot achieve the transition to a net zero carbon economy without business signing onto the same goals, and there is a legal mechanism which enables them to do so.

195 countries have made this commitment - now it's down to business.

Alice Garton is a Company Lawyer at ClientEarth 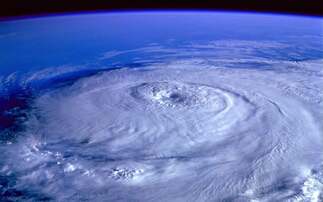