Oranges are not the only fruit, at risk

Asda this month warned that prices are likely to rise for 95 per cent of its fresh produce in the future as a direct result of climate change. The retailer mapped the risks to fruit and vegetables and found that nearly all its fresh produce is vulnerable to disruptions caused by climate change. Orange growers in southern Spain, for example, now experience longer-drier summers that impact on rainfall, meaning more irrigation is needed at additional costs. The impact of climate change on UK production may also be felt more acutely, with UK farmers warned to prepare for extreme weather conditions with hotter summers and severe rainstorms likely to exacerbate soil erosion.

Both these situations give some indication of what climate change means for food production, and why this was one of many talking points at the recent discussions in Le Bourget, Paris. But one element of the food system that received less attention was how food loss and waste affects climate change, and this I fear was a missed opportunity to make some big commitments.

The startling fact is that globally one third of all food produced is lost or wasted and all this food accounts for 4.4 gigatonnes of greenhouse gas emissions every year, according to the Food & Agriculture Organisation (FAO). Indeed, if this lost and wasted food were a country it would be the world's third largest greenhouse gas emitter, behind only China and the United States in the emissions table. Food loss and waste generates more than four times the annual greenhouse gas emissions of aviation, and is comparable to emissions from road transport.

Economically too the figures are alarming. Globally, the FAO estimates $940bn worth of food is lost or wasted annually throughout the entire food supply chain.

Besides the natural environmental benefits of reducing food loss and waste, there are profound economic rewards from eradicating waste. In sub-Saharan Africa for example, the World Bank estimates that as little as a one per cent reduction in post-harvest losses could lead to economic gains of $40m each year; the majority of which would go directly to the farmers.

The case for tackling food loss and waste then is huge. It benefits rich nations and protects the poorest.

We stand at a juncture in how we respond to food waste. For many nations speaking at Paris, food waste prevention is not yet a priority. Many will be approaching the problem for the first time and so we have an opportunity to help them prevent the problem now, rather than helping them try and undo the damage in another ten or 20 years' time. There has been much made about the emerging economies not paying the price of the impact of Western Countries on the environment and I agree. This route means they not only don't pay the price, but they don't walk the same path. In fact they set a whole new course.

Paris focused on finding a global package to tackle greenhouse gas emissions resulting from human activities and while I'd have liked to have seen more attention paid to food loss and waste and it's carbon cost, it shouldn't detract from the huge achievement that took place in France these last weeks.

For me, the world's governments have a huge additional opportunity now to make significant inroads against the aim of minimising temperature increase to 1.5C above pre-industrial levels, simply by tackling carbon emissions associated with food waste. Recent estimates show this makes up approximately eight per cent of our total global emissions.

An effective and ambitious focus on food waste-prevention offers huge environmental, economic and societal rewards - not least in helping towards the UN Sustainable Development Goals to halve food waste by 2030.

As President Obama noted in his opening address in Paris, there comes a time when it's too late to resolve a problem and for climate change "that hour is almost upon us." While we can't stop time, we can take the heat out of climate change by adding preventing food loss and waste to the list of actions we start now. We can feed the world, and protect the planet.

Jamaica at the mercy of climate change 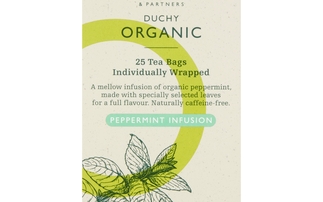 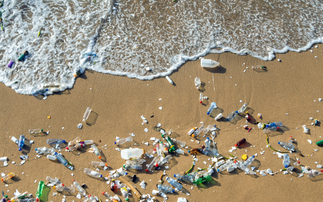 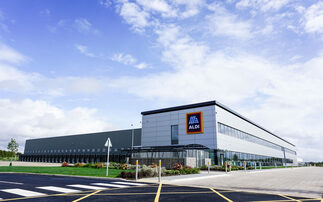