During the final days in Paris, Uganda's work to understand how climate change will impact their country has provided a timely reminder of what is at stake

Uganda is already experiencing the impacts of climate variability and associated economic losses. A drought in 2008 caused losses of approximately three per cent of the value of all food and cash crops that year. Two years later, the country lost 16 per cent of the total annual value of these crops as a result of extreme weather.

Uganda's First National Development Plan (2010-2015) recognised that climate change will affect most of its key economic sectors and that action on climate change is crucial if the country is to meet its goal to become a competitive, upper middle-income country by 2040. The Plan also recognised that, for development to be economically and socially sustainable, climate resilience must be at the heart of policies for growth and development, energy access and security, increased agricultural production, education and health.

The Government of Uganda commissioned the Economic Assessment of the Impacts of Climate Change study to provide the Government with economic evidence on the current and future costs associated with climate variability and predicted climate change. It examined the necessary adaptation measures for different sectors at both national and local levels. The study team engaged with around 200 stakeholders from the Government of Uganda and around 300 people from districts and civil society through face-to-face meetings, workshops, interviews and field missions.

The study finds that adaptation to climate change today is well worth the investment.

Specifically the report from the Government of Uganda with support from CDKN, DFID, Baastel, Metroeconomica, Makerere University and CIDT finds the costs of inaction on climate change by 2025 are 20 times the costs of adaptation.

Unsurprisingly, the cost of adaptation is high: estimated at around US$406 m over the next five years (2015-2020). On an annual basis, this amounts to about five per cent of net official development assistance received and 3.2 per cent of total government revenues (excluding grants). But the cost of inaction is estimated at between $3.1 bn and $5.9bn per year by 2025, which is more than 20 times the proposed adaptation budget.

The impacts of climate change are expected to be felt across all the sectors and local areas studied, to varying degrees. So the economic case for adaptation is clear: many of the adaptation measures proposed in the study are 'no regrets' investments, in that they are valid even in the absence of climate change. Considering the co-benefits strengthens the case for adaptation further, for example improved livelihoods, health and access to energy; these represent strong investments in the development of Uganda's future.

Ultimately, the report concludes that Uganda's development prospects will only be reached if the impacts of climate change on Uganda are mitigated. That's why the evidence is intended to help policy-makers mainstream climate change and resilience into national and sectoral policies and develop the case for investing in adaptation.

Evidence from the study has already being used in the development of Uganda's Intended Nationally Determined Contribution (INDC) which was submitted under the UN climate negotiation process culminating in Paris this month . The INDC outlines Uganda's commitment to climate adaptation and the mitigation of greenhouse gases as part of a new, universal global climate agreement that will be decided at the summit.

The National Climate Change Policy was approved by the Ugandan Cabinet in April 2015 and its priorities are now included in the country's Second National Development Plan (2015-2020).

The experience of Uganda is a great example for Paris. But to be clear, no-one should pretend, that achieving climate compatible development will be friction free. We have seen that there are inevitably choices to make, trade-offs to consider and political battles to win. There are also leadership and management challenges aplenty as finance is raised and programmes scaled up.

There is no single blueprint, applicable everywhere and for all time, to the challenge of climate compatible development. Climate change is a threat everywhere, and hopefully action on climate change is an opportunity for most. Mitigation, adaptation, resilience and transformation will be key themes as countries strive to attain the SDG goals and targets. However, progress at country level, and subnationally, will be idiosyncratic, progressive, and probably uneven, characterised by sudden leaps forward and occasional, unexpected setbacks. The challenge for leaders, and indeed for all those engaged in climate compatible development, is to prepare for such a process. Uganda's experience will be watched closely.

Download the report, key findings here or watch a new film for CDKN showing the impact of climate change on Uganda's communities and exploring how climate change adaptation could provide low-cost, straightforward solutions.

Sam Bickersteth is CEO of the Climate & Development Knowledge Network

The Climate Development Knowledge Network (CDKN) supports decision-makers in designing and delivering climate compatible development. It is managed by an alliance of organisations led by PwC, and including Fundación Futuro Latinoamericano, LEAD International, LEAD Pakistan, the Overseas Development Institute, and SouthSouthNorth. 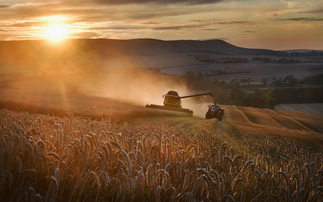