The French legislature has just passed into law the "energy transition for green growth" Bill. Ecology minister Ségolène Royal describes it as "the most advanced and ambitious piece of environmental legislation in Europe, and probably the world" - this is, perhaps, an exaggeration - but it could still end up as one of France's most significant Bills in decades. And it has put Royal in the spotlight ahead of December's COP21 meeting in Paris.

The law, in development for almost three years, brings in binding energy targets for transport, housing and renewable energy. A striking last minute amendment was cross-party agreement to increase the duty on the carbon content of fuels (known in France as la taxe carbone) from €14.5 to €100 per tonne of CO2 by 2030, although this still needs ratification in the annual budget.

The Bill's headline targets are to halve French energy consumption by 2050 (cutting it by a fifth by 2030) and a 30 per cent reduction in the overall consumption of fossil fuels by 2030, on 2012 levels. This is on top of the aim to reduce France's reliance on nuclear power from 75 per cent of total energy use to 50 per cent in 15 years' time.

The government also hopes to create around 75,000 new jobs by retro-fitting France's ageing housing stock, which still consumes around half of the country's energy. In addition, the law contains a package of measures to tackle air pollution (which has exceeded safe limits in Paris several times recently) through a clean transport programme aiming to further incentivise the French to buy low-emission vehicles and requiring the State to prioritise electric cars in procurement. A mandate also requires investors to declare the environmental contribution of their investment portfolios, including the specific impact on climate change.

French climate activists and NGOs have welcomed the legislation, in particular the carbon tax ramp-up. The influential Nicolas Hulos Foundation - Nicolas Hulot has the ear of President Hollande - seems pleased: "It's a huge step in the right direction for energy transition in France," their spokesman, Matthieu Orphelin, told me recently. "Particularly for reducing overall energy consumption and reducing the use of nuclear power… but it's really all about the execution".

Lorelei Limousin, at the French Climate Action Network (Réseau Action Climat) says "the Carbon tax changes are a good sign a few months away from COP21, but we'll be looking for confirmation in next year's budget".

The political consensus is that the contentious parts of the Bill all passed unscathed. Getting the Bill through in this shape is no mean feat for the government and allows Royal to claim confidently that the law "represents France's contribution to the global climate change challenge". Even the MEDEF (the French equivalent of the CBI), is said to be reasonably happy. It kept its grumbles to a minimum apart from voising opposition to the carbon tax, where it was "surprised by the rate at which it may increase" and that it was adopted "without any analysis of its potential impact".

The overall retrofitting and energy efficiency measures for housing will certainly benefit investors in the French construction industry in the coming years and there will be significant public expenditure on housing to come. The nuclear industry will be worried by the French government's decision to begin to move away from nuclear reliance. Concerns have already been expressed about the relatively short time frame of 15 years for a 25 per cent reduction and that too rapid a transition could perversely risk France losing its place as second lowest CO2 emitter in the EU. Renewables generators, on the other hand, should be pleased with the commitments, despite complaints the government could have done more to help the promising solar power sector through reducing complex regulation.

Some credit for the Bill must go to Royal's ability to build strong political alliances. She has cultivated a good working relationship with the Greens, allowing the Bill to pass comfortably despite some opposition from the centre-right parties and abstention from the communists and far-right. It was said that on the morning of the final vote, the French cabinet decided to ditch the carbon tax amendment but that Ségolène Royal ignored the decision and pressed on with it.

Matthieu Orphelin thinks Royal has been effective in her post: "She definitely has clout and that can help win battles… but as much as that has helped us, it can also go against us". Her decision last year to drop the eco-tax on HGVs was seen by environmentalists as a step backwards.

Royal's global headlines on Nutella and Monsanto seem to have done her no political harm and she would certainly be up there as one of the world's most high-profile environment minsters going into the Paris talks. Since she took on the portfolio in April last year, she has become the number one government personality on French TV stations and one of the most popular figures in the French cabinet along with Foreign minister Laurent Fabius. Yet she says that she is not "considering" standing for the Presidency again. The outcome of COP21 could determine her political fortunes.

Alasdair MacEwen is a political analyst and a director of Culmer Raphael. He is a dual British/French national

This article is part of the BusinessGreen Road to Paris Hub, hosted in association with PwC 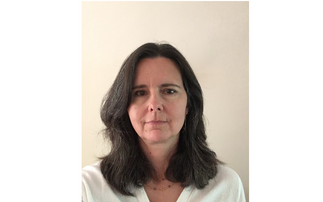 The new PM must act fast to amend the Financial Services and Markets Bill so that it drives positive outcomes for the climate and nature, writes WWF's Karen Ellis 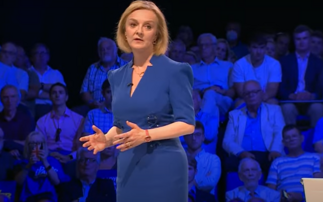 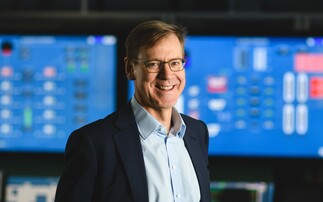 Long duration energy storage is vital for Britain’s energy security, and the next Tory leader must urgently respond to industry proposals to grow the market, writes Drax's Will Gardiner